Founded in 1926 at the request of the Federal Government of the United States of America, the SAAMI - Sporting Arms and Ammunition Manufacturers' Institute is an incorporated, self-governing association of America's most important manufacturers of sporting firearms, ammunition and components. It publishes voluntary industry standards, coordinates technical data and promotes safe and responsible firearm use.

SAAMI handles both domestic and international technical and regulatory issues that affect safety and reliability of firearms, ammunition and components, de facto serving as a counterpart of the European CIP - Commission Internationale Permanente pour l’épreuve des armes à feu portatives ("Permanent international commission for small arms proofing") for the United States of America and for north America as a whole. 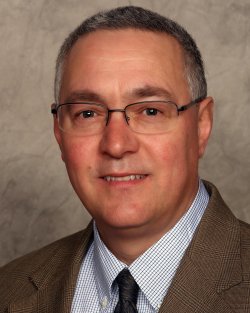 Ever since its foundation, SAAMI has been the principle organization in the United States of America actively engaged in the development and promulgation of product standards for firearms and ammunition. The United States military, the Department of Homeland Security, and many other state and local agencies frequently require that their suppliers manufacture to SAAMI specifications. SAAMI is the only trade association whose member companies manufacture and set standards for high-performance law enforcement ammunition.

SAAMI is also an accredited standard developer for the American National Standards Institute (ANSI), as well as an accredited Non-Government Organization (NGO) with consultative status with the United Nations.

SAAMI is also engaged in the protection of gun rights for law abiding citizens, helping the United States Congress to exempt firearms and ammunition industries from the provisions of the Consumer Safety Protection Act (CSPA) against the will of numerous anti-gun advocates who argue that the CSPA should be allowed to regulate firearms and ammunition "in the name of safety" − attempting to create a loophole that would allow prohibition of ownership and sale of perceivedly "dangerous" firearms and ammunition.

BearHuntersOnline.com
Brett Flaugher (3rd from left in this picture), Vice President of Marketing, Sales and Strategy at Olin/Winchester, was elected as the new Vice-chairman

As a self-governing institution, SAAMI held its 2014 annual meeting on June 19 in the city of Providence (Rhode Island, USA); during the meeting, the Sporting Arms and Ammunition Manufacturers’ Institute plenum elected a new Chairman and Vice Chairman of the Board of Directors.

Most notably, Mr. Joseph H. "Joe" Bartozzi − currently a Senior Vice President and General Counsel of O.F. Mossberg & Sons, Inc., a globally recognized manufacturer of sporting, hunting and defensive shotguns, rifles and carbines − was elected as the new Chairman of the Board of Directors.

Brett Flaugher, currently serving as the Vice President of Marketing, Sales and Strategy at Winchester Ammunition, was instead appointed as his new Vice-chairman. 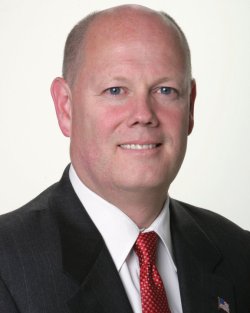 NSSF - National Shooting Sports Foundation
Larry Keane, NSSF Senior Vice President and General Counsel, has been confirmed to the position as the Secretary for SAAMI

“I am honored to be named SAAMI Board Chairman,” said Joe Bartozzi upon his election.

“SAAMI’s expertise and accomplishments regarding firearms safety and reliability are second to none, and I am extremely proud to have been involved with a number of the committees of this great organization for nearly 25 years.”

Bartozzi's appointment was commended by Richard "Rick" Patterson, the incumbent Executive Director for SAAMI:
“Joe Bartozzi’s dedication to SAAMI is well known, and his experience with SAAMI and industry as a whole will be a huge asset to the organization in his role as chairman.” 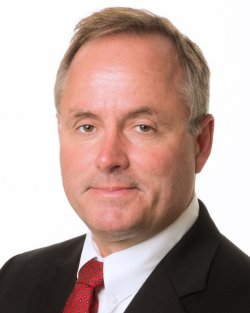 A previous SAAMI meeting, held in February, had already appointed other key figures in the Institute's board.

Another important NSSF officer, Mr. Lawrence G. "Larry" Keane − Vice President and General Counsel of the National Shooting Sports Foundation − had instead been confirmed as a Secretary for SAAMI, a position to which he has first been elected in 2008.

The entire all4shooters.com staff warmly congratulates with the new and confirmed members of the SAAMI Board of Directors for their appointment, and wishes them to play an instrumental role in keeping up the outstanding job that the Sporting Arms and Ammunition Manufacturers' Institute has been doint for the past 88 years to protect the integrity and the interests of the ammunition industry and the shooters in the United States and worldwide.