GECO HEXAGON ammunition in the hands of Top Shooter Ralf Vanicek: a Big Victory! Over 120 marksmen attended in Norway the 2014 European Championships of the World Association PPC 1500. With a starting field of 25 High Masters, the event was marked by extremely high-calibre performances.

The absolute highlight of the event: Ralf Vanicek, Product Manager at GECO, who earned the title of European Champion in the Distinguished Pistol discipline using the brand new 9 mm Luger precision round, GECO HEXAGON, which he helped put on the market. Moreover, his was one of the best scores in recent years. Scoring 597 and 36 X (centre 10) out of a maximum of 600 rings, he came extremely close to the WA1500 record (597 and 41 X) set by Thomas Klix nine years ago! It’s nice to see that the folks in charge of developing ammunition for our hobby actually know something about it. Congratulations and our sincerest respect.

In addition, Ralf Vanicek also used GECO HEXAGON rounds in claiming third place in the High Master Class in the pistol1500 discipline. The GECO 9 mm HEXAGON thereby once again demonstrated its precision and reliability at a top-class event. Ralf Vanicek had previously taken home 9 medals from the BDMP Championship.

In all, Ralf Vanicek claimed five European Championship titles, making him the most successful marksman at the event.

Scoring best in year at the WA1500 with 1495 and 93 X rings, he also won in the Revolver 1500 discipline. With a service revolver he matched the WA1500 record of 480 und 41 X set by Thomas Svensson. He was also overall winner of the Distinguished Revolver Match, with 589 and 33 X. And, together with Roman Hauber, he prevailed over the other national teams in the Revolver World Team Match. 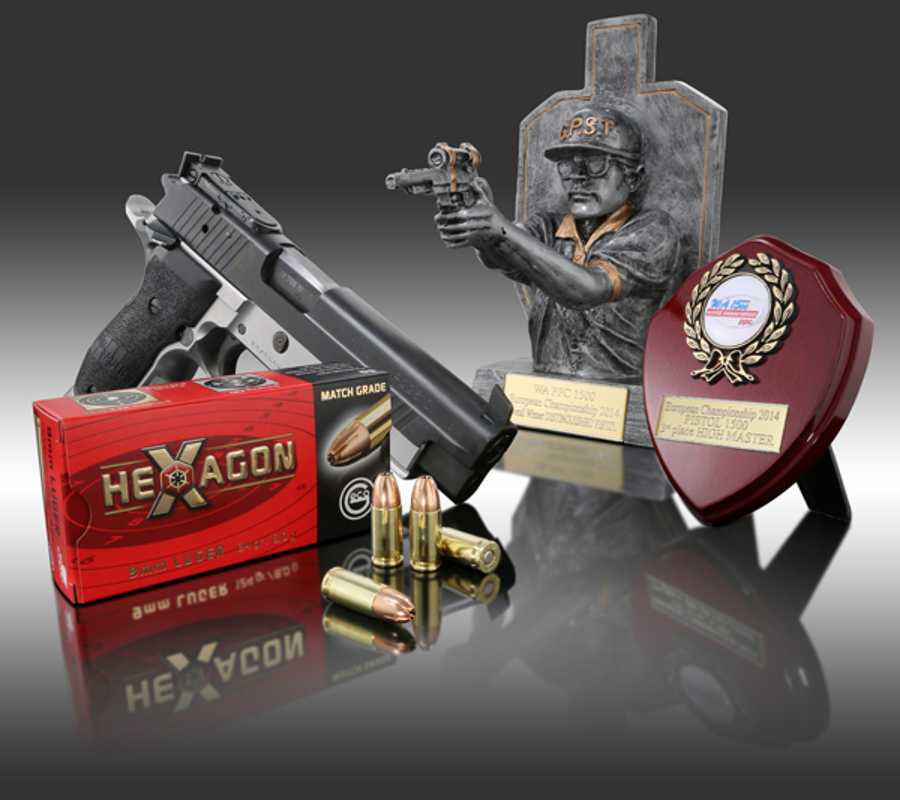 All the results from the World Association PPC 1500 European Championships

Other articles at all4shooters.com relating to GECO 9 mm HEXAGON:

New Product Presentation at the IWA 2014

Click here to go to the manufacturer’s website for more information about the product: GECO 9 MM LUGER HEXAGON 124 GR