When it comes to commercial off-the-shelf accessories such as tactical gunlights, picking a choice is all but easy.

The market is literally overflowed by dozens of products, pretty much all very similar with one another, but prospective buyers will hardly find a product that meets most, if not all, their needs − power, versatility, ease of use, and cost, not to mention the reliability: when you're choosing a tactical flashlight for your personal defense, home protection, service or tactical firearm, that's something you will be betting your life on.

Despite having been launched in north America in the year 2014, the MFT Torch Backup tactical gunlight is somewhat of a newcomer on the European market. Largely disregarded and less than widely known, this gunlight − manufactured by Priceton Tec for Mission First Tactical − would definitely deserve more success on this side of the Big Pond. It is indeed, plain and simply, a small jewel.

One of the smallest and lightest tactical gunlights, it is also a perfect fit for those firearms whose handling or maneuverability would be hindered by the use of a larger device.

We tried it by testing an MFT Torch Backup gunlight on a Sino Defense Manufacturing SMG-9 short-barrel carbine, whose cocking handle is located on the left side of the handguard, right above the barrel, just like on a Heckler & Koch MP5 sub-machine gun.

When installed right under the cocking handle, the MFT Torch Backup will not obstruct handling and cocking of the gun, and will be easy for a right-handed shooter to reach and operate with the thumb of the support hand. 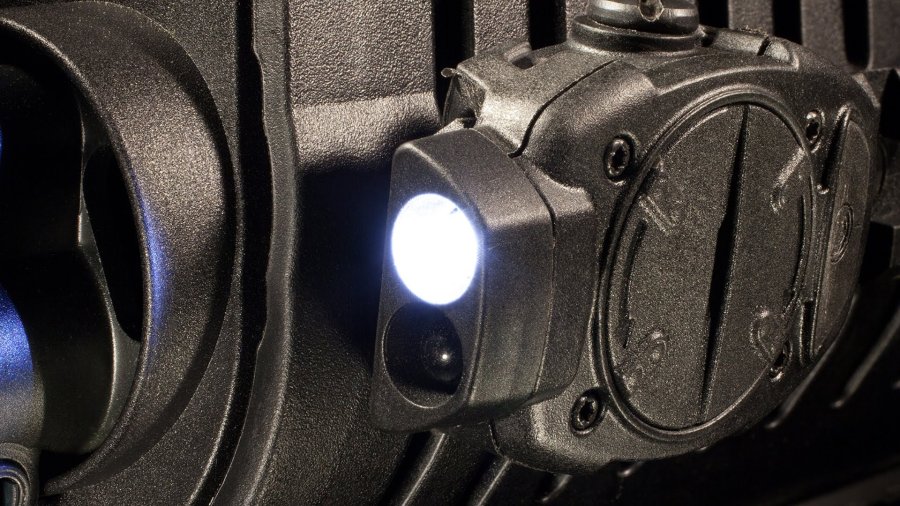 The MFT Torch Backup tactical gunlight is powered through a single "Button"-style CR2016 commercial battery, hosted in a sealed compartment on top. A flat-nose screwdriver is all it takes to access the battery van for replacement through a round, quarter-turn removable polymer door.

The same flat-headed screwdriver would be required to loosen or tighten the screw that secures the MIL-STD-1913 interface of the MFT Torch Backup to any Picatinny rail.

The MFT Torch Backup is available in three versions

In any case, the MFT Torch Backup tactical gunlight is IPX7 waterproof rated and offers a 10-years storage lifespan and a 24-hours burn time.

The rubberized button located on the rear portion of the gunlight allows the operator to switch among the two available LEDs: the power button is clicked once to activate the secondary LED on a low-output mode for signature reduction during patrol, stealth structure search and approach to target, and twice for a higher output, for breaching operation. Holding it for two seconts will activate the primary LED (white visible light) illumination functionality, and holding it again for two seconds will switch the light off.

Such a low output is an advantage, and not a handicap, for the intended uses of the MFT Torch Backup gunlight: both the white light and the navigation LEDs will still provide enough illumination to navigate or illuminate clearly the close quarters of a corridor or a room, while at the same time reducing the negative effects on the user's natural night visions − while a more powerful light could disorient the user as well as the intended target if suddenly turned on in close quarters and in a total darkness situation, and leave the user totally blind if suddenly turned off.

Price is definitely another factor that may turn the choice of many categories of users − civilian gun owners, professional operators, MIL-SIM players, and so on − towards the MFT Torch Backup gunlight.

In the United States of America, all three variants of the MFT Torch Backup carry a manufacturer's suggested retail price of $49.99; in Europe, the Tactical73 company makes the TBLW and TBLWR models available for €67,54, while the TBLIR model featuring an IR LED goes for €90,08.

There is indeed a remarkable variation between the original MSRP and the European street price, but that's due to export procedures and transport dues, custom fees, VAT and other taxes; when it comes to the TBLIR model, the variation is even higher due to the ITAR restrictions imposed by the U.S. Department of State over the export and international commerce of infrared technologies generating from the United States. 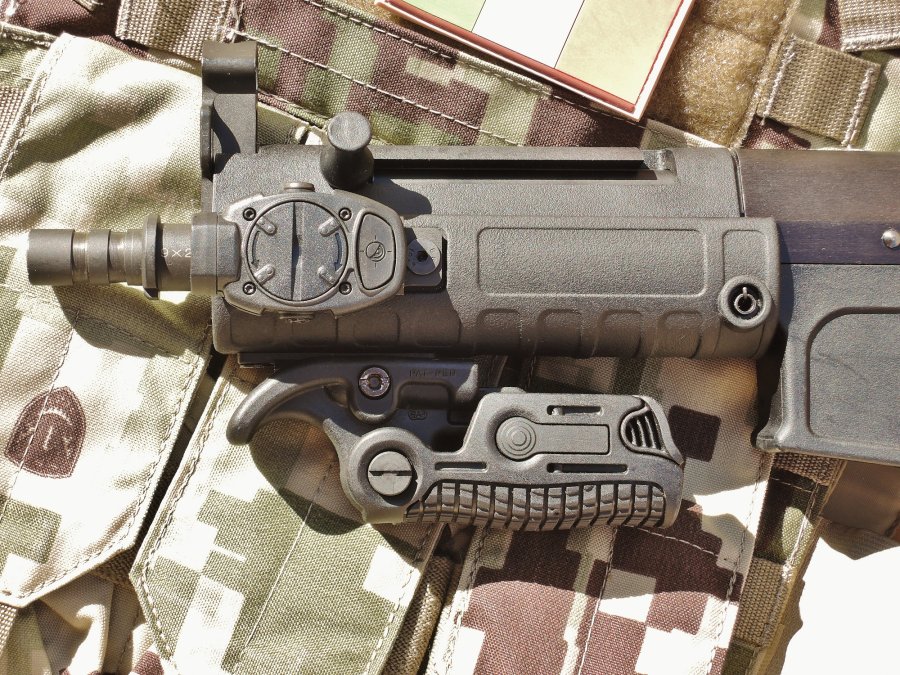 Pierangelo Tendas
Sold in the U.S. at an MSRP of $49.99 and going in Europe for about €67.00, the MFT Torch Backup offers professioal quality almost at Airsoft price!

The MFT Torch Backup gunlight is imported in Europe by Tactical73 S.r.l. 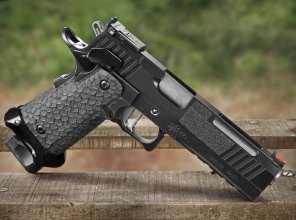 In this true Formula One for shooting, the best aftermarket components combine with accurate workmanship to make a 9mm competition gun based on a 1911 platform, but with the magazine capacity typical of a double stack pistol. 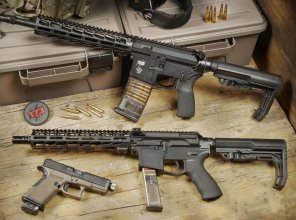 The Italian company introduces two new rifles (one with carbon fiber barrel) and a 9 mm carbine. All parts are Mil-Spec.