In 2022 the Benelli Lupo bolt-action rifle was introduced in a Wood version. To the elegance of wood is added the technology of BE.S.T. treatment for the barrel and metal parts. We tested the rifle and here we show you the details in a video too.

Swinging the rifle in the field, testing its trigger and accuracy, firing feeling, are concrete sensations and practical feedbacks that Benelli decided to let us experience so that we could know the details of its firearms and be able to fully understand their technology. Available in .308 Win, .30-06 Sprg, .300 W.M., and 8x57 JS calibers, the Benelli Lupo BE.S.T. Wood was delivered to us in .308 Winchester caliber. From the shooting range inside the Urbino factory in Italy, to the hunting grounds, we spent two days with the bolt-action rifle in the new wood version, appreciating its ergonomics and accuracy.

The elegance of the rifle enhanced by the wooden stock is evident to the eye by the quality of the materials used, the sporty design, the color combinations of the nature brown receiver and the deep black of the BE.S.T. surface treatment. The trigger guard is unique, with a very sloping design. The excellent adjustable trigger pull weight ranges from 1,020 to 2,040 grams. Firing 3 shots inside the test tunnel at a distance of 100 m we immediately achieved the sighting in with a reassuringly tight group in anticipation of the hunting trip. Using 150-grain Sako Super Hammerhead ammunition and a Steiner variable magnification scope for the three shots fired we confirmed the accuracy guaranteed for this gun by Benelli. 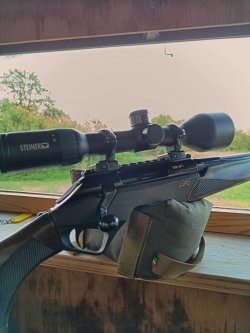 In addition to the sporty and eye-catching design, Benelli's BE.S.T. treatment ensures hardness, corrosion resistance to the metal parts of the barrel, and increased smoothness of the action.

The BE.S.T. treatment that protects the metal parts from corrosion and wear also makes the Lupo's action very smooth and fast. The aluminum chassis is a key detail for the balance and rigidity of the gun when firing, and therefore for its accuracy. The three-lug bolt has a 60° throw and it can be removed operating the release lever located on the left side of the action with a 180° rotation.

The barrel is coupled to the action at the rear and is cryogenically treated, which allows it to vibrate and expand freely during firing. Twist is 1:11" for .30 calibers and 1:9.45" for 8x57 JS. The muzzle thread with thread cap allows the mounting of muzzle brakes and sound suppressors where permitted. The barrel length, for the .308 Winchester caliber in our case, is 560 mm.  The magazine of the Benelli Lupo is a 5-round double stack, removable polymer type. The marriage between technology and tradition is especially evident in the Lupo BE.S.T. Wood stock, which inside the select European walnut buttstock houses Benelli's advanced Progressive Comfort recoil dampening system that mitigates the negative effects of felt recoil thanks to a system of flexible buffers made of special polyurethane. The stock features a Montecarlo Bavarian profile. After testing it, we must say that it not only offers an ergonomic contact surface, but also makes aiming and scope alignment easier.

Also undoubtedly contributing to aiming accuracy and ease of swinging is the 12.5-mm-thick set of shims and spacers that allow variation of drop and cast in 12 different possible combinations even for left-handed shooters. The safety of the Benelli Lupo is two-position, the slider being located behind the bolt. It locks both the trigger and the bolt itself. The rifle comes standard with a Picatinny rail for attaching the various optics and sighting devices. In our case the Steiner Ranger 4-16 x56mm scope is ideal for twilight hunting.

From the range to the hunting grounds 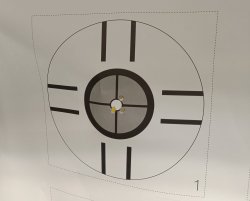 This is our group, achieved with 3 shots at 100 meters inside the Benelli shooting tunnel in the company of staff and fellow journalists.

After the range test where we were immediately satisfied with the rifle accuracy and the speed of its smooth and quiet action, it was time for us to leave the Montefeltro hunting lodge in Rivergaro to move to the high seat and wait for the possible wild boar or adult male roe deer in accordance with the culling and control plans of the area.

Accompanied by the Montefeltro guide and guard we received proper instructions on the game animals to be culled and the situations where it is possible to do that. As the hours went by with our Lupo ready for action we were surprised several times by the appearance of some female roe deer that although not to be shot made the wait exciting, keeping our hope alive until the last moments of visibility that an adult male would come, or a wild boar would perhaps break the silence of the forest surrounding us. Being hunters, however, means first and foremost being conscious men and willing to accept the flow of events that in nature follow rules that are not always understandable or even less modifiable by us enthusiasts. So at the end of the allowed time and with visibility now compromised by deep darkness, we left the high seat without the chance to shoot again and see the accuracy that the Wolf had shown us in the shooting test rewarded on the hunting ground. Opportunities will come back, while the accuracy of the gun we have get to know is a certainty that remains waiting for us. 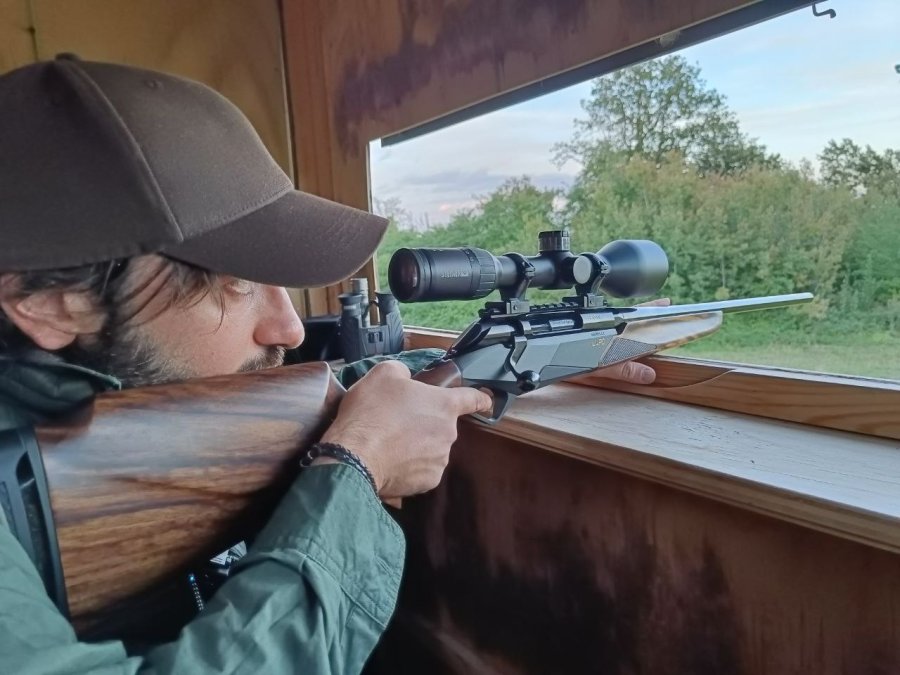 For more information on the Lupo rifle please visit the Benelli website.

Subscribe to the Newsletter
This article is also available in this language:
IT
Click here for more information on the topics:
Benelli FirearmsHuntingBolt-action riflesRifles.308 Winchester.30-06 Springfield.300 Winchester Magnum
That might interest you too: 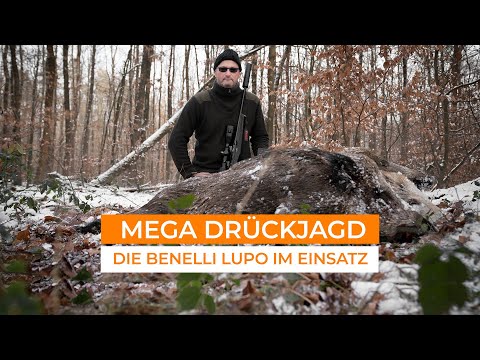 benelli01/29/2023Endurance test: how the Lupo bolt-action rifle from Benelli performed in tough use over several months in the field 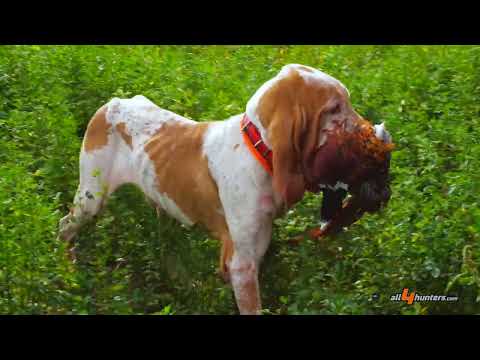 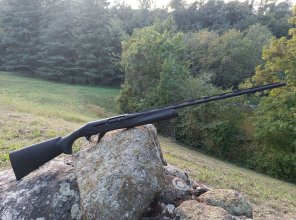 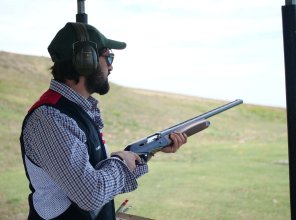 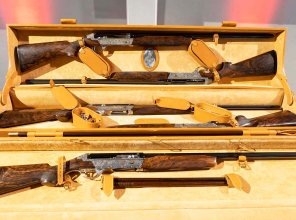 benelli08/14/2022Benelli Magnifico Set of Five: a tribute to Renaissance art and history in a family of semiautomatic shotguns 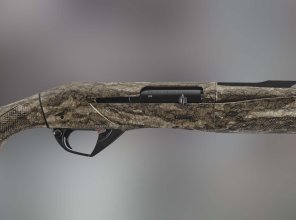 benelli02/02/2022Benelli Super Black Eagle 3 in 28 gauge: the semi-automatic shotgun for the serious waterfowler 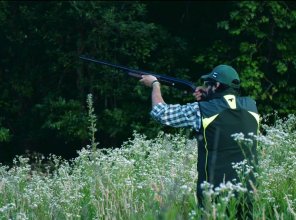 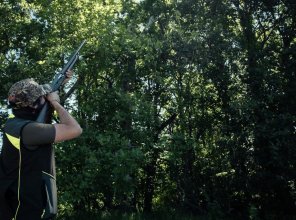