A lens with up to 27x zoom? Sure, that's something for long range. But is it really just for that? all4hunters.com not only tried out the new GPO Spectra 6x 4.5- 27x50i at the shooting range, but also used it for hunting – below you can read what came of it.

German Precision Optics (GPO) is located near the Bavarian Lake Ammersee. The catalog of the young company includes riflescopes for almost every sporting, hunting or tactical purpose. GPO has made it its goal to offer high-quality products at a fair price-performance ratio. Experienced developers, in addition to a lean corporate structure, enable the design of modern and innovative riflescopes.

6x zoom, 50-millimeter objective lens diameter, illuminated reticle (company name: "LRPro") in the first image plane, plus a main tube diameter of 34 mm. The scope weight is around 820 grams at around 355 mm in length – quite a compact design. The aluminum body features a black anodized finish, and GPO installs zeroable target turrets as standard in the Spectra series. The windage and elevation adjustments do not have cover caps and are lockable. Pull out to adjust, then a fine detent produces a clean click when turned. One click corresponds to an adjustment in elevation/windage of 0.1 milliradians (mrad), or about one centimeter of aiming point. The range of adjustment of the reticle at 100 meters is a respectable 3.2 meters laterally as well as in elevation. After loosening the upper turret screw, the turrets can be zeroed in any position. The adjustment drums are neatly scaled, and the directions of rotation are easy to read. The parallax adjustment is found in the left turret – marked distances range from 25 meters to infinity. The adjustment is continuous, but so stiff that this prevents unintentional twisting. Also in the left turret is the continuously adjustable setting for reticle illumination.

The LRPro ballistic reticle in the first image plane shows a fine illuminated center crosshair with lower and side bars. The red illuminated reticle is also easy to see in bright daylight, but does not over-illuminate when dimmed at night. An automatic feature called "iControl" takes over the shutdown when there is no movement for more than three hours and warns as soon as the remaining energy of the CR 2032 battery is 15 percent or less. Reticle as well as iControl are GPO's own developments and are manufactured in Germany. The zoom adjustment is in the form of the proven rotating ring in front of the eyepiece, here additionally with a throw lever. This is a small lever that facilitates operating the ring. The diopter adjustment is also classic – turn the eyepiece and adjust it accordingly. A centerpiece and defining component of every riflescope are the respective lenses. GPO uses high-quality glass types and its own "GPObright" coating. According to the factory, transmission is around 90 percent, resulting in a bright, clear, high-contrast image. The optical specifications can be completed with the specification of the exit pupil of 9.5 to 1.5 mm, and the interpupillary distance is a comfortable 100 mm.

Michael Hammer
Zeroable turrets are part of the equipment, as is the quick-adjust lever on the zoom ring of the GPO Spectra 6x 4.5-27x50i, known as the "throw lever".

But in addition to the technical specs, one thing in particular was of interest – what can the glass do on the shooting range and on hunts? First, the Spectra was mounted on a Menke .308 Winchester rifle for accuracy test and tested on a 100-yard indoor range. With proven handloadings, the Menke is well equipped to reveal mechanical or optical defects in the glass. Shooting in was quick, and the adjustment travel via the clicks of the windage and elevation adjustment produced exactly the specified values. Due to the reticle in the first image plane, this is also magnified when zooming, and the fine reticle covers little of the aiming point even at the highest magnification of 27x. Experience has shown that reticles in the first image plane quickly show manufacturing and quality defects such as dust inclusions – the mounted scope did not show any such defects. The target image on the range equipped with artificial light proved to be bright and clear. 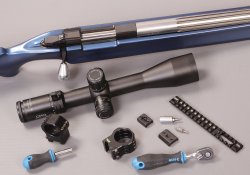 Michael Hammer
1GPO Spectra: here with mounting rings from Tier-One and a Picatinny rail from EAW, plus tools used for mounting.

The repeatability of reticle adjustment was tested: after adjusting over any number of clicks and the corresponding turning back to the starting point, the point of impact was always the same. Evenly adjusted, this results in the popular "box" test: three shots each form the corners of a square after the corresponding windage and elevation adjustments. Ideally, the last three shots should land in the same point of impact of the first three – this was the case with the GPO. The GPO Spectra with the reticle in the first image plane and at 27x magnification is certainly predestined for sporting use beyond 100 meters, but the quality shown at short range impressively demonstrates its capacities.

After this first test, nothing stood in the way of outdoor hunting. For this purpose, the Menke rifle gave way to a Sako AV in .30-06 Springfield. Mounted on an EAW Picatinny rail and using 34-mm Tier-One rings, the combination was very appealing for hunting. So it went several times at various times of the day on the stalk and blind hunting. A scope like the Spectra can score with high magnification, especially from the blind. When zoomed in high, every movement can be followed even at long distances and game can be approached reliably, even if it is too far away and the trigger finger remains straight. The target image is bright and very contrasty, details are easily recognizable. Operation of the zoom ring is easy and comfortable, even when aiming, thanks to the throw lever.  Included is a "flip-up cap" made of a transparent disk for the objective lens. The lens also has a female thread, so screw-in sunshades can be used. The anodization of the housing seems to be a bit too susceptible to scratches in the tough everyday hunting environment, but even glasses from premium brands have this shortcoming today.

Riflescopes with reticles in the first image plane are often said to be of limited use for hunting, because the reticle magnifies when zooming in and thus obscures too much of the target. During hunting, this did not bother the testers at any time thanks to the fine design of the GPO reticle. The arrangement in the first image plane offers an advantage when used correctly: the graduated reticle makes it easy to determine distances after a little practice. Similarly, hold-over corrections can be made without adjusting the reticle. The glass was often used for night shooting, because with the infinitely variable setting of the reticle illumination it is easy to select a pleasant, not over-radiating brightness. The mechanical adjustments did not show any differences in operation – even with changing temperatures, uniform adjustment was always given.

gp-optics
GPO Spectra 6x 4.5-27x50i for hunting or sports? The answer is simple: this model is well suited for both applications. That makes it universally usable.

This could be the most important question for the testers. If one does not let oneself be guided by traditional opinions, the GPO Spectra 6x 4.5-27x50i is a riflescope that can be used excellently for hunting and that knows how to convince in terms of reticle, illumination and magnification. Especially when hunting at longer ranges, such as field hunting, the plus points are clear here. But the GPO is also a serious alternative for long-range sporting use: it offers a high-quality riflescope in an attractive price segment (MSRP: 1,399 euros). The scope of delivery includes an objective cover (clear flip-up), a microfiber cleaning cloth, battery and the already mounted throw lever for zoom adjustment. So the bottom line is: this GPO model is a good choice from a technical point of view and it is particularly universal. The price is also right. Therefore, a clear buy recommendation. 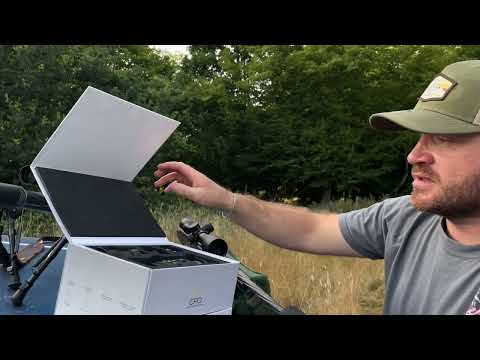 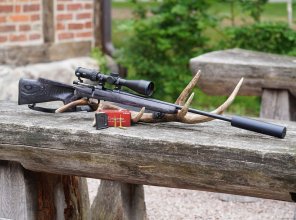 gpo07/09/2022Buck hunting with CZ and GPO: a visit to the Lüdersburg hunting school in Lower Saxony 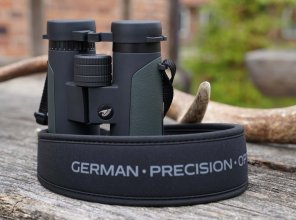