SHOT Show 2019 / New from Winchester: .350 Legend. The new nostalgic-looking, straight-wall – i.e. non-bottlenecked – cartridge should be a viable alternative for hunters in some US states where modern bottleneck cartridges are not allowed. But did we really need it? Time will tell.

A brand-new but old-style looking, the .350 Legend wad developed by Winchester and is not derived from any other existing cartridge. Franco Palamaro, © F.PALAMARO
The .350 Legend caliber is already available in different loads with bullets ranging from 145 gr to 265 gr.

With its nostalgic straight-wall design – i.e. non-bottlenecked – the .350 Legend is said to be a viable alternative for hunters in some US states where modern high performance cartridges with the dominant bottleneck design are not allowed due to their dangerous long-range ballistics and flat trajectory.

Winchester claims that the .350 Legend is the world's fastest straight-walled hunting cartridge delivering more energy than a .30-30 Winchester, .300 Blackout or .223 Remington. It should also have 20% less recoil than a .243 Winchester with a 20% more penetration. Even when compared to the .450 Bushmaster, the firing behavior of the .350 Legend should be more mild and pleasant.

The right rifle for this ammo: the XPR models from Winchester Franco Palamaro, © F.PALAMARO
During the Industry Day at the Range we could test fire this new Winchester cartridge.

A new cartridge obviously also includes the appropriate hunting guns, that Winchester had brought to the Industry Day at the Range 2019. Basically, they are the Winchester XPR series rifles in different finishes and colors. The test guns at the Industry Day were all black and equipped with a synthetic stick.

We were pleasantly surprised by the relatively mild recoil of this large caliber and can only say: especially in the version with sound suppressor, shooting it is a lot of fun. And you can assume that the knock-down power of the new cartridge fits your hunting needs.

But is the new .350 Legend “a solution in search of a problem,” as someone put it? For sure, it is and remains predominantly a pure US-American affair and compares with other young calibers such as Hornady's very latest .300 Precision Rifle Cartridge (PRC) or Federal's .224 Valkyrie already introduced into the market.

Subscribe to the Newsletter
This article is also available in this language:
DEIT
Click here for more information on the topics:
Winchester AmmunitionSHOT Show.223 Remington.243 Winchester
That might interest you too: 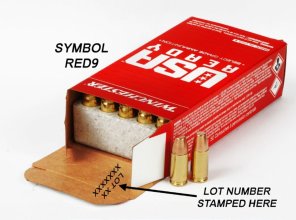 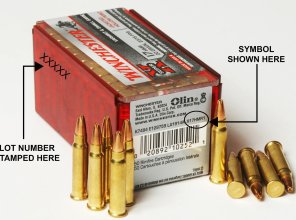 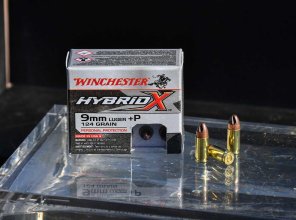 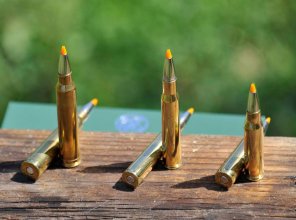