Introduced at the IWA expo in Nuremberg by its manufacturing company – the Italian-based BCM Europearms company – the TactiScout bolt-action rifle was conceived mainly as a Police patrol rifle and as a survival rifle, but it's also aimed to other civilian and commercial markets, being particularly apt for sport shooting and several hunting specialties.

Subscribe to the Newsletter
This article is also available in this language:
IT
Click here for more information on the topics:
BCM Europe Arms.308 WinchesterBolt-action riflesHuntingIWALong range shootingSport Shooting 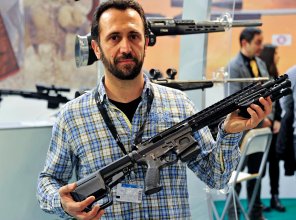