“The constitutional right to carry arms in public for self-defense is not ‘a second-class right',” wrote Justice Clarence Thomas in the majority opinion that struck down NY law requiring a “special need” for carrying guns. But in the meantime the U.S. Senate approved a bipartisan package of “gun control” measures...

A contribution from Piergiorgio Molinari06/25/2022

Good news first: in a historical pronouncement, on Thursday (June 23, 2022) the U.S. Supreme Court struck down New York's “may issue” concealed carry law, basically saying that the Second Amendment guarantees the right of citizens to bear arms in public for self-defense and that their right can't be restricted by states' laws requiring a “special need” for carrying guns. Or, to put it in other words, “the Second Amendment doesn’t disappear when you walk out your front door” (Wall Street Journal). 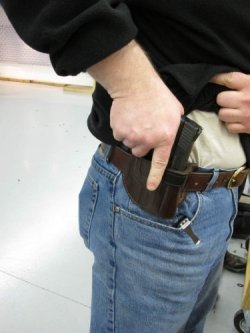 “The constitutional right to bear arms in public for self defense is not a second-class right”.

The NY law at the heart of “New York State Rifle & Pistol Association vs. Bruen” required anyone who wanted to carry a concealed handgun outside the home to show “proper cause” for the license.

As Justice Clarence Thomas explained in the impressive 66-page majority opinion, “The constitutional right to bear arms in public for self- defense is not ‘a second-class right', subject to an entirely different body of rules than the other Bill of Rights guarantees.

We know of no other constitutional right that an individual may exercise only after demonstrating to government officers some special need.”

The Court's 6-3 ruling broadened prior interpretations of the Second Amendment right "to keep and bear arms", even compared to the 2008 decision (District of Columbia vs. Heller) that the Second Amendment safeguards a person's right to possess firearms at home for self-protection.

What will happen now in other US states?

Predictably, President Joe Biden said he was “deeply disappointed” by a ruling contrary to “both common sense and the Constitution,” while New York's Democratic governor, Kathy Hochul, even described the Supreme Court's decision as “outrageous”.

Yet, as we said at the beginning, that's just the good part of the news. 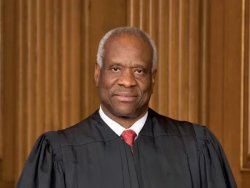 In the same hours the Supreme Court ruled on the Second Amendment knocking down gun limits, in a bipartisan move the U.S. Senate approved with a 65-33 vote a package of “gun  control” (see above) measures. In the wake of recent mass-shootings such as the Buffalo and Uvalde school massacres, the bill tightens background checks for would-be gun purchasers convicted of domestic violence or significant crimes as juveniles introducing enhanced background checks for buyers under the age of 21 and new federal funding for mental health programs and school security upgrades.

$750 million will also be invested in a crisis intervention program that will enable U.S. states to pass so-called red flag laws, which allow authorities to temporarily confiscate guns from people deemed to represent a threat to themselves or others. Yesterday the bill was quickly passed by the Democrat-controlled House too and is only waiting for the President's signature.

All this sounds nice and useful – maybe it is. But again, politicians are imposing new laws, regulations and restrictions on an emotional wave, ignoring – or pretending to ignore – that gun laws, regulations and restrictions only make life difficult for law-abiding citizens, and that the aforementioned criminals, terrorists and lunatics who are planning a mass murdering won't even take notice. Let's not forget that in U.S., as well as in EU and all over the world, the main problem in most cases are in fact illegal firearms. As the National Rifle Association (NRA) already warned in a statement, the measures put forth in the legislation can be "abused to restrict lawful gun purchases, infringe upon the rights of law-abiding Americans, and use federal dollars to fund gun control measures being adopted by state and local politicians."

Once again, “gun control” is more about “control” than “guns”. And quite curiously, the same politicians who want to impose new, stricter laws on guns, will do all that is in their power to limit – or plainly ignore, again – the implications of the Supreme Court ruling, as they always have. For those people, rules must be respected only when they suit their ideology or interests. Which is not good news.

Subscribe to the Newsletter
This article is also available in this language:
IT
Click here for more information on the topics:
CultureLaw
That might interest you too: