The Shooter's Talk – Gun control and speed limits, a matter of logic

In the recent Texas shooting an armed citizen prevented the killer from taking many more lives. But if gun laws were stricter, the “good Samaritan”  might not have been able to have his gun...

It's a sad matter of fact: robbers and criminal fleeing from police usually don't stick to the 45 mph speed limit and sometimes cause car accidents and victims. Would you think that lowering the speed limit to 30 or 25 mph would make them go slower and avoid victims?

If your answer is “yes”, your logic is the same of anti-gun people, media and politicians – which is not good news for your intellectual abilities.

After each tragic incident involving firearms, the mantra has always been the same: we need more “gun control”. The idea is that firearms are evil “per se”, and regular citizens should not have access to them. After the horrible massacre in Las Vegas, some politicians immediately stepped up calling for a prohibition on “assault weapons” (which are already prohibited, since real assault rifles are full-auto), “high-capacity magazines” (?) and similar nonsense, proudly stating that their duty was "to protect the public". 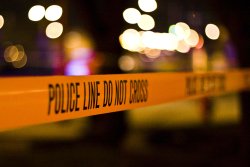 The San Antonio shooter was confronted by an armed citizen while police was still miles and minutes away.

Then came the recent Texas shooting: a man who under the laws and regulations currently in force should have been barred from owning, buying or carrying guns, killed 26 people with a rifle in a church outside San Antonio. And another armed man, who might not have been able to have his gun if Texas had stricter gun laws, confronted the shooter preventing him from killing much more people. In the meantime police, that should “protect the public”, was still miles and minutes away.

It's not an isolated case. Each year many citizens use their guns to defend themselves and prevent crimes. According to the NRA, firearms are used over 2 million times a year for personal protection in the USA alone. Anti-guns activists challenge these figures saying that the total number of self-protective behaviors involving a firearm by victims is around 70,000 each year. What the latter completely miss is that even if the figures were that low – which is unlikely – it means that there are 70,000 citizens that would have been otherwise robbed, raped or killed. 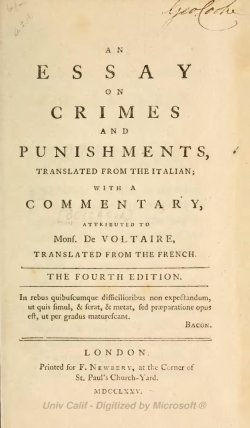 Cesare Beccaria in his "Essay on Crimes and Punishments" was against what we now call "gun control".

The debate is much older, anyway. "Laws that forbid the carrying of arms (...) only disarm those who are neither inclined nor determined to commit crimes. Such laws make things worse for the assaulted and better for the assailants; they serve rather to encourage than prevent homicides, for an unarmed man may be attacked with greater confidence than an armed one." These word were written in 1764 by the Italian philosopher Cesare Beccaria in his "Essay on Crimes and Punishments". The same man who advocated the abolition of death penalty, some 250 years ago got the point of gun control: disarming honest and law-abiding citizens to prevent gun violence and crimes is just like lowering the speed limit to prevent criminals from going too fast after a bank robbery.

Both instances are defeats of common sense, experience and logic. The only difference is that complying to an absurdly low speed limit is boring, while being disarmed by law in front of a killer or a rapist is tragic, absurd and unacceptable.

Strangely, media and politicians don't talk so much about the Texas shooting anymore and the news is already disappearing from front pages. Yet it's a great and nice story: a good Samaritan - and NRA member, by the way - saved countless lives from being lost. But he could do so just because he had a gun. Maybe this doesn't fit into the anti-gun narrative.