The Florida Commission has produced a brandnew draft report, to ensure a tragedy like Parkland 2018 never again will happen.  Among the recommendations, more funding for the “Guardian Program” that allows school employees to carry guns on school campuses. Not exactly what “gun control” and “gun-free zones” advocates would expect in these days. Let’s have a deeper look, what’s the idea.

A contribution from Piergiorgio Molinari12/06/2018

Ten months after the Parkland school shooting, the commission created by the Florida Legislature to  “make our schools safer while doing everything possible to ensure a tragedy like this never happens again” – as Florida Governor Rick Scott put it – has produced a draft report. But the commission's conclusions and recommendations are not what gun control advocates would probably have expected.

We already analyzed what happened in Marjory Stoneman Douglas High School, Parkland,  on February 14, 2018, where a deranged 19-year-old student named Nikolas Cruz killed seventeen people and wounded many others. Actually, the Parkland tragic incident was more than anything a demonstration of gross negligence and unforgivable clumsiness on the part of the “system”. Cruz, the killer, had been accumulating “red flags” for years, yet nobody intervened. Even if, as the FBI admits, he was well-known for his “gun ownership, desire to kill people, erratic behavior and disturbing social-media posts, as well as the potential of him conducting a school shooting”, after dozens of 911 calls and after commenting on a YouTube video that “I’m going to be a professional school shooter”, Cruz could only put into practice what he had been announcing for so long. Which he did.

The “system” failed not only in preventing the massacre, but also in defending the students once the massacre began. With an incredible display of cowardice and incompetence, local law enforcement officers remained still and idle outside the building until the carnage ended, allowing the killer to leave the school undisturbed (he was arrested an hour later, after spending his time at nearby branches of McDonald's and Subway). 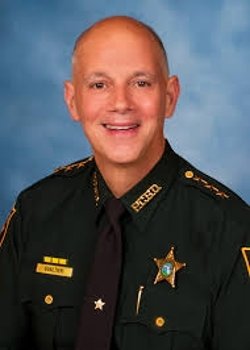 Nonetheless, the Parkland shooting re-ignited the usual debate and political bickering about “gun-control”, with many advocating stricter gun laws and more “gun-free zones” (even if Parkland school was technically one of these). Florida Governor Scott created a panel, the Marjory Stoneman Douglas High School Public Safety Commission, to investigate the matter. Scott named Pinellas County Sheriff Bob Gualtieri as Chairman and included the parents of two slain students. After reviewing practically every second of the shooting, the Commission has now drafted a detailed report containing recommended actions for preventing the next school shooting. Some recommendations are of common sense, others are less obvious for gun-control fans.

For example, the commission recommends marking off "hard corners" in every classroom and keeping them free of furniture or objects that can't be easily moved. These "safe zones," are areas where students can hide and not be seen by someone looking through or shooting through a classroom door window. The commission also suggests “Code red” policies: all public, charter and private K-12 schools should have policies for responding to active assailants and install audible alarms that sound throughout campus in the event of a code red. Other recommendations include fenced campuses with single ingress and egress points, video surveillance systems, or even ballistic classroom doors. All “passive” measures that can’t be contested by anyone. Yet, the same commission also proposes more “active” measures: among them, more money for the “Guardian” program. In other words, arming school staffs. 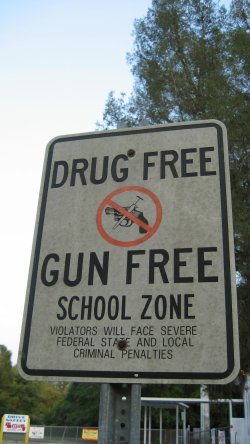 Contrary to the wishes of gun control and “gun-free zones” advocates, the Commission recommends more money for the “Guardian” program: in other words, arming school staffs.

Coach Aaron Feis “Guardian Program” is named after Aaron Feis, a coach who died when shielding students during the February 14 school shooting. It allows some school employees to become qualified and trained to carry guns on school campuses as part of an effort to safeguard schools. The Florida Legislature offered a one-time 67 million USD allocation for arming and training school staff. That investment should be made recurring in the Commission’s opinion.

"The Florida Legislature should provide adequate recurring funding for the Guardian program and should consider increased funding for individuals who are hired solely to fill the role of guardian", they write in the draft report. Classroom teachers who exclusively perform classroom duties are not eligible, but the exceptions are JROTC teachers, current members of armed services, and former law enforcement officers. Administrators, support staff and professionals who do not work exclusively in classrooms are eligible to become guardians too.

So, against the clear failures of the system the Parkland Commission – that includes a sheriff and the parents of the victims – espouses the “more guns less crime” theory? Contrary to the wishes of gun control pundits, it sure sounds like it – not only in the opinion of those how are representing the “Pro-Gun Lobby”.