Biden's executive actions to address “gun violence”: what's in our opinion wrong with them?

Everything's on schedule in the new Biden-Harris Administration. But are the announced executive actions to curb the “Gun Violence Public Health Epidemic” in the US just an expression of a recurrent anti-gun mania, or is there more to be worried about?

A contribution from Piergiorgio Molinari04/11/2021

As expected, just a few months after taking office the Biden-Harris Administration announced six executive actions to address the “Gun Violence Public Health Epidemic” in the US. The White House press office kindly sums up the actions, complete with their presumed rationale, as follows: 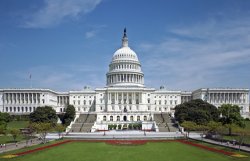 The Biden-Harris Administration already stresses that these steps are just the beginning (“initial actions”). 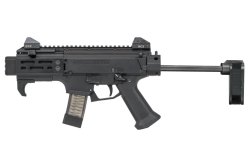 The Justice Department will issue a proposed rule to make clear when a device marketed as a stabilizing brace effectively turns a pistol into a short-barreled rifle. In the image, a CZ Scorpion EVO 3 S2 Pistol Micro with brace.

At first glance, some people may think it could have been worse – anti-guns are in fact already complaining that these measures are too timid and “they show their limits”. Well, it could be pointed out how some “actions” are pure non-sense. For example, are they really going to further regulate stabilizing braces because “the alleged shooter in the Boulder tragedy last month appears to have used a pistol with an arm brace” and because these accessories “can make a firearm more stable and accurate”? Do they want firearms that are unstable and inaccurate? It would be much more effective to ban gun sights and gun stocks/grips altogether then, so that firearms can't be safely aimed and held any more. (What exactly should be the impact of this kind of measures on criminals, terrorists and lunatic mass murderers is not clear, anyway.) Other “actions”, on the other hand, just sound as the usual waste of public money in the name of ideology (“community violence interventions”). Much could be said about “ghost guns”, “red flags” and “firearms trafficking reports” too.

But this is not the point. The devil is in the details, instead.

They already stress that these steps are just the beginning (“initial actions”) – and considering that President Joe Biden and (Vice) President Kamala Harris took office in January, they have plenty of time to do better than that. Moreover, European citizens in particular should know how such people work. The lead ban in the EU is a perfect illustration: initially they said they only wanted to protect public health and wildlife in wetlands. Now they are straightly banning any kind of lead ammo, regardless of solid objections and scientific evidence.

“No amendment is absolute”

You should consider the very particular present situation in the US: currently, after a huge boom in gun sales due to the pandemic fears and to Biden's election itself, the country is experiencing a severe shortage of ammo and the NRA, the most important gun rights advocacy group, is in full shambles. All this in the chaos of the continuing Corona emergency. Confusion and fear are always an asset for those who are scheming for more power. What President Biden openly said – even if sometimes tripping over his words – when announcing the executive actions is quite upsetting in this regard: “Nothing I'm about to recommend in any way impinges on the second amendment. They're phony arguments, suggesting that these are second amendment rights at stake from what we're talking about. But no amendment, no amendment to the Constitution is absolute.” Words are important here: also remember that these executive actions are officially described by the White House as steps to address the “Gun Violence Public Health Epidemic” in the US. In a time when governments worldwide are quietly suspending civil liberties and restricting rights in the name of “epidemics”, having a POTUS who plainly states in front of the press that not even what is written in the US Constitution is absolute – without anyone objecting – should give rise to very serious concerns. And not just among gun enthusiasts.