Barnaul .30-06 ammo, the (not so) mysterious cartridges

The Russian company is offering inexpensive .30-06 caliber cartridges featuring an uncommon groove near the steel case base. This “strange” groove made some sensation among the gun community, with exotic theories about its actual function abounding. But the reality is that...

The Russian Barnaul company offers inexpensive – sometimes, the most inexpensive – centerfire ammo lines rifle. They also recently introduced a cheap .30-06 load with a polycoated steel case. Sold in packs of 20, these cartridges are available both with a 168 gr FMJ-BT bullet and a 168 gr SP-BT.  The most interesting feature for shooters and hunters alike should be the price, since the FMJ-BT version comes at 0.69 USD / round and the  SP-BT one at 0.52 USD / round.

Yet, Barnaul's ammo made some sensation among the gun community for a very different reason: a “mystery” groove near the case base. Some supposed that the cases were made with a separate body and the groove could be some sort of “crimp join” (which is not); others came with the theory that the grooved cases were designed for a machine gun belt or some other exotic use. 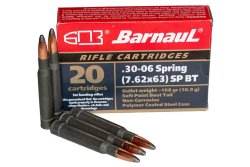 Barnaul also offers a hunting load with a 168-gr soft point bullet. Still, the groove is there...

Barnaul's US importer MKS Supply, Inc., felt obliged to send a press release to unravel the mystery. “Barnaul produces the .30-06 using strong polycoated steel cases for reduced cost. They work incredibly well at an affordable price. However, the pressure generated by the .30-06 round is higher than other steel cased rounds the company makes. Since steel is much harder and less malleable than brass the overall steel case expands slower in the microsecond of gas expansion in the firearm’s chamber than brass cases.” 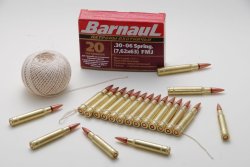 The reality is that Barnaul's “grooved” cartridges have been around for some years now. This image is from 2013.

“To accommodate the higher pressure curve of the .30-06 round for that millisecond the engineers at Barnaul 'simply' designed a slight round groove called a relief ring into the cartridge case near the base. This is roll pressed in, there is NO metal removal. Upon firing the additional pressure will be absorbed and reduced as the relief ring material is pressed out by the powder discharge basically duplicating the expansion of a brass case.”

The funny thing is that Barnaul - one of the few privately owned Russian ammo companies who have been approved to supply their ammunition to the Russian Army – has been producing these “grooved” cartridges for some years now: read this all4shooters.com article from 2013. So, mystery solved – until the next time, at least.

Subscribe to the Newsletter
This article is also available in this language:
IT
Click here for more information on the topics:
BarnaulAmmunition
That might interest you too: 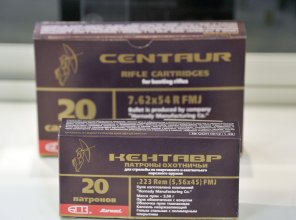 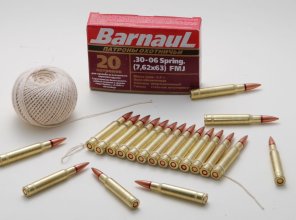