HIT Show 2016 / New from Adinolfi: the Norwegian-made GRS rifle stocks were on stand at the HIT Show

The GRS (Grodås Rifle Stocks) company, headquartered in the Norwegian town of Hornindal, was previously known mostly for its work in the manufacture and distribution of custom house furniture. It thus has a long history in know-how and technology on materials such as aluminum and high-end wood, and this is what allowed them to easily launch a line of aftermarket stocks for bolt-action rifles and carbines.

As of today, GRS stocks are some of the best and most sought after among hunters and sport shooters, given their extremely high quality and adjustability features. Their level of stability and intrinsic positive effect on the rifle's accuracy makes them an appreciated feature particularly among those shooters who love to test their limits on the longest ranges.

Recently adopted by manu gunmakers as an optional factory-issued feature for some well-known lines of bolt-action hunting or target shooting rifles, the GRS riflestocks were also on display at the 2016 edition of the HIT Show, thanks to their Italian distributor − the Adinolfi S.r.l. company. The GRS line of riflestocks features models built specifically to adapt to some of the most appreciated rifles manufactured by companies such as Blaser, Howa, Remington, Weatherby and Winchester.

Subscribe to the Newsletter
This article is also available in this language:
IT
Click here for more information on the topics:
GRS RiflestocksBolt-action riflesHIT Show - Fiera di VicenzaHunting Rifles
That might interest you too: 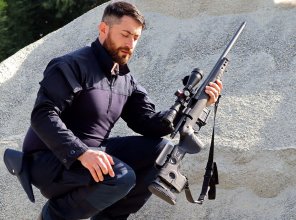 grs-riflestocks09/23/2021GRS rifle stocks, how to make your bolt-action rifle more tactical at a low price 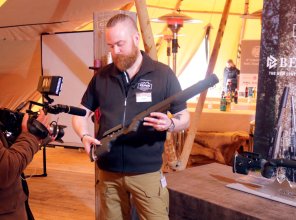