Active hearing protection in the form of miniature in-ear plugs: Etymotic’s GSP-15 GunSport Pro are unobtrusive, practical and affordable, at a MRSP of just under 300 US $.

Active hearing protection for sport shooters and hunters has come a long way from the mostly heavy, often expensive, cumbersome and oversized earmuffs that started to appear a few decades ago. With technological advancements, active earmuffs size and weight shrunk and along the way the price also became affordable. The same advancements and miniaturization also worked wonders on in-ear plugs, and active plugs also appeared, based on hearing aid technology. Very steep prices were an issue: today, not any more. 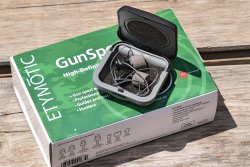 Etymotic Research, a well-known and respected manufacturer of acoustic products (hearing aids and high-fidelity in-ear earphones), developed a version of its active earplugs specifically tailored for hunters and sport shooters. The latest evolution of Etymotic’s GSP 15 GunSport Pro Electronic Earplugs are available at a suggested retail price of just 299 US $.

The instant a loud continuous or impulsive noise – a gunshot for example – exceeding safe levels is detected, the processor compresses the sound, providing 15 dB of automatic, dynamic hearing protection. A replaceable #10 Zinc-Air hearing aid battery provides the power to the digital processor, and a subminiature lever switch allows the internal amplification in each earplug to be selected between normal and enhanced 5x.

There is no “on/off” switch; to turn off the Etymotic GSP 15 you need to open the battery holder tray and remove the battery.

Inside the box we find a pair of GSP 15 earplugs, a protective case, a neck cord to secure both earplugs to each other, an assortment of ACCUFit eartips to fit most ear canals, a set of batteries, manual, and replacement ear wax filters with the filter tool. 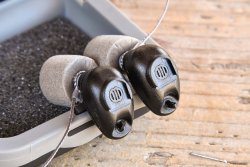 Franco Palamaro
The diminutive toggle switch that allows the user to select between normal and 5x enhanced amplification.

We tested Etymotic’s GSP 15 GunSport Pro Earplugs at the range and in the hunting field, using a variety of firearms including 9mm pistols, a shotgun, semiautomatic .223 sporting rifles and a .30-06 hunting rifle. First, secure the earplugs with the supplied cord! The stock eartip mounted on the earplug is not guaranteed to fit well, and our first experience in trying to wear the GSP 15 began with dropping one… 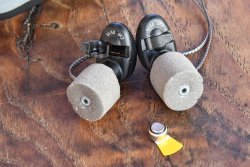 To insure proper protection, earplugs must be worn securely and snugly; the tip should go quite deep into the ear canal. Experiment with each tip. Etymotic also offers replacements.

We feel that the supplied eartips work reasonably well with the blast of most handguns on open ranges. We opted for a medium size, three baffle clear silicon design. The sound impulse is not cut off, it is compressed, allowing the background conversation to be intelligible even during long strings of target shooting.

Clay shooting with the GSP 15 GunSport Pro is quite comfortable, although continuous shooting with high powered rifles may tend to be tiresome. As a matter of fact, Etymotic’s GSP 15 did not convince us completely, as the protection level could not be enough for modern semiautomatic sporting rifle shooting. The sound impulse of a .223 round, although greatly dampened, still is quite harsh through the ear plugs. 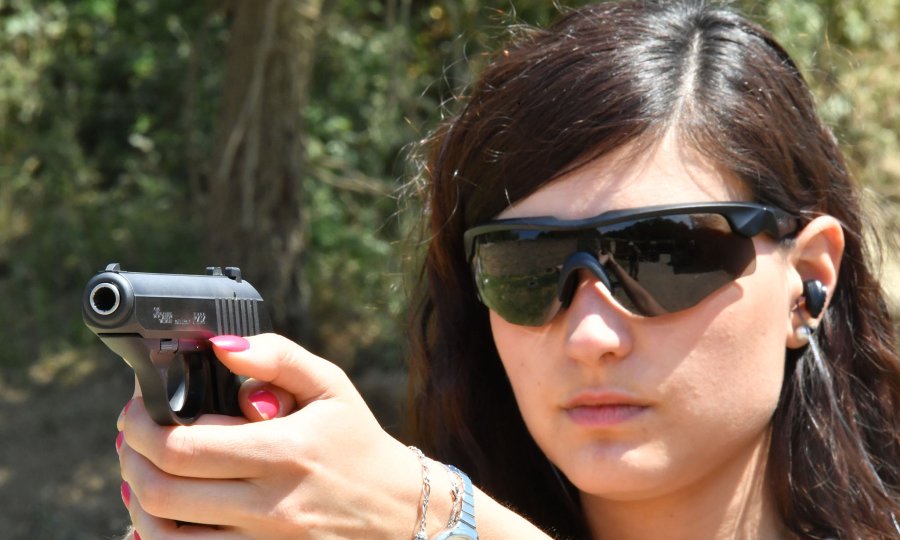 In some shooting ranges that use walled handgun or rifle stalls to separate shooters, the blast of the gun may be a challenge for the earplugs. Additionally, we found that they may become slightly uncomfortable to wear for extended periods of time, i.e. for 4-5 hours - never as uncomfortable as a pair of super-hot earmuffs in the summer though!

Hunting with the GSP 15 GunSport Pro is an experience.

The switch set to HI enhances dramatically hearing in the field, amplifying five times the environment level, improving situational awareness and boosting our senses. Personally, we found that the HI setting should be used occasionally, in very quiet situations, lest the volume may become tiring and also to maximize the effect. It is especially effective in stalking the game.

All in all, Etymotic’s GSP-15 GunSport Pro ear plugs offer a viable alternative to earmuffs, especially in hot, humid climates. The performance of the digital audio processor is remarkable, and the sound quality is excellent; the protection level may not be enough for sustained rifle shooting. The battery lasts for about a couple of weeks, whether used or not; this is because Zinc Air batteries discharge from the moment they are opened. Batteries are very cheap and universally available; they are used in many standard hearing aids. The price may seem steep – in fact, it is possibly the most affordable for this class of products (street price may be even less). Therefore we do recommend them. 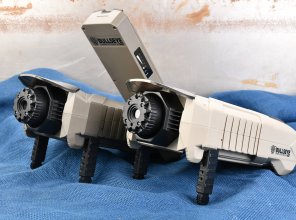 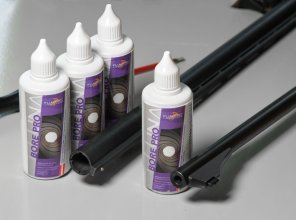 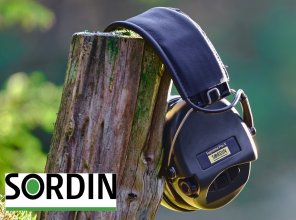 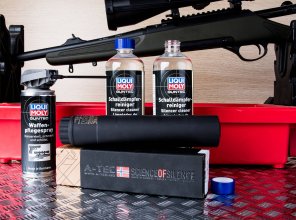