Ban on lead in ammunition: also in the UK the battle has begun! But there is another risk ...

For some reason, bad ideas and detrimental ideologies often enjoy great popularity and spread quickly. This is the case of the anti-lead-in-ammo crusade that, from the EU, is now also infecting the UK. The restrictions proposed by the British Health and Safety Executive (HSE) will impact all 600,000 live quarry shooters and the estimated four million target and air rifle shooters in Great Britain.

A contribution from Piergiorgio Molinari06/05/2022

all4shooters.com readers on the continental side of the Channel already know what's going on there, with the EU trying to impose a total ban on lead in ammo that will have dire consequences on hunters, sport shooters and the whole firearms and ammo industry – they don't even scruple about playing dirty to that end.

The British Health and Safety Executive (HSE) is now duly following the same script in the UK too: On May 6, the HSE published its findings on the risks posed by the outdoor recreational use of lead ammunition for people, wildlife and the environment in England, Wales and Scotland. Based on these findings the HSE has launched a six-month consultation on the following proposals for England, Wales and Scotland:

Sound familiar? Yes, it's basically the same lead ammunition restrictions proposed in the European Union as part of the EU REACH process. (The proposals and consultation are in fact taking place under the UK’s post-Brexit chemical regulations referred to as UK REACH, which covers England, Wales and Scotland – but not Northern Ireland.)

The Council of the British Association for Shooting and Conservation (BASC), working closely with the Gun Trade Association, UK ammunition manufacturers and the British Shooting Sports Council, is publishing further details about the findings and proposals, including advice and guidance to help members to respond to the consultation. “A key principle is that further legal restrictions on lead ammunition must not be imposed until effective and affordable types of non-lead ammunition are available in sufficient volumes to meet demand,” explains Dr Conor O’Gorman on BASC's website, stressing that “where evidence-based, proportionate restrictions are proposed, it will be critical that appropriate transition periods are secured. The timelines must be realistic, and guided by the shooting sector, to ensure that the range of products and their supply can meet market demands.”

In the meantime, BASC will “observe, engage and challenge the internal scrutiny process,” ensuring that “the UK REACH process objectively evaluates the evidence and that the recommendations submitted to the Secretary of State next year consider the complex mix of socio-economics, technical factors and attitudes.” 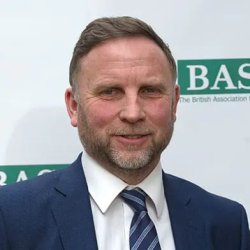 Following the publication of the UK REACH restriction dossier for lead ammunition by the Health and Safety Executive, BASC executive director of operations Steve Bloomfield said: “The proposed restrictions would see a ban on the sale and use of many forms of lead ammunition outdoors in England, Scotland and Wales” and “would apply to shotgun, rifle and airgun ammunition.”

Through a six-month consultation also launched by the HSE, BASC “will challenge proposed restrictions where there are no viable alternatives to lead, where socio-economic factors mean a transition isn’t appropriate, and where lead can continue to be used in settings that present negligible or no risk.”

“We will not accept disproportionate restrictions that unfairly disadvantage shooting activities,” Bloomfield states.

“Shooting is worth £2 billion to the UK economy, employing the equivalent of 74,000 full time jobs. The proposed restrictions stand to impact all 600,000 live quarry shooters and the estimated four million target and air rifle shooters in Great Britain. The regulator must be able to show its working and acknowledge the monumental challenge that restrictions will bring to the shooting community and market.”

The “Battle of Britain” against the lead ban has just begun: we should understand that it is part of the same battle we are fighting in the EU.

What does the current security of ammunition supply (including military ammo) have to do with the lead ban?

Many don't want to hear it, others don't understand it: lead is almost impossible to replace as a material for ammunition. Some of the reasons and arguments are above. What no one thinks about is the impact on ammunition manufacturers! There is a lot of talk about transition periods. But why do many hunting and sporting associations only fight for this? The real issue is the preservation of lead in ammunition. Many ask themselves: is this still possible at all? And the answer is simple: yes!

The ban on lead will not only cause enormous supply shortages for civilian ammunition, but will also significantly jeopardize the ammunition supply for NATO and NATO partners. How are ammunition manufacturers supposed to manage this balancing act between civilian and military ammunition production and raw material procurement? Perhaps the defense ministers and heads of government should influence their ministerial colleagues, who will then take the final vote on the lead ban in the REACH Committee at EU level? The door is still open. And quite honestly: if alternative materials for ammunition (such as copper) are already on the ECHA watch list, this process becomes a dangerous farce in terms of security policy. And please spare us (and yourself) the argument that the "ban of lead in ammunition" explicitly excludes the military sector. That is correct, but you can't separate civilian and military production of ammunition "just like that" in practice. This is unworldly and highly dangerous at a time of political conflict in Europe. It is not only about the environment, it is about our security.

Here you can find an overview about more facts about the EU lead ban on all4shooters.com

Important external links with more information about the UK ban of lead in ammunition:

Subscribe to the Newsletter
This article is also available in this language:
DEIT
Click here for more information on the topics:
CultureHuntingLead Free ammunition
That might interest you too: