With the Fokus thermal imaging camera, the company Heimdall from Bayreuth offers a thermal imaging device manufactured entirely in Germany. The camera can be used both for handheld observation and as an attachment in front of a riflescope. We did the practical test with Heimdall founder Matthias Ruckdeschel, and tell you how our hunting rifle, together with scope and the Heimdall Fokus 50 as an attachment, performed when we zeroed it in.

In Norse mythology, Heimdall is the guardian of the gods, who above all keeps a watchful eye on the Bifröst rainbow bridge. Because of his guardianship, he has particularly sharp eyes and needs little sleep. A perfect namesake, then, for Heimdall, which manufactures its Fokus 50, a high-resolution thermal imaging device for night hunting.

By the way, the "predecessor" of the Heimdall Fokus 50 is the NW 100 thermal imager. As part of the partnership with the company Noblex, now Noblex E-Optics GmbH, the dual use device was distributed under license by the manufacturer from Eisfeld. The development of the NW 100 was done from the beginning by Heimdall.

all4hunters.com invited the founder and managing director of Heimdall GmbH Matthias Ruckdeschel to Brandenburg for the practical test of the Fokus 50. Before founding Heimdall, Ruckdeschel was able to look back on more than ten years of professional experience as a development manager in an internationally established group of companies focusing on optoelectronics and high-end target optics. Now we were very curious to see how the Heimdall Fokus 50 would perform when fitted on a new gun.

The Heimdall Fokus 50 thermal imager in a practical test 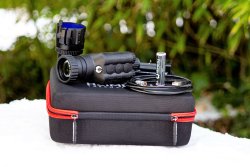 Haack, Mathias
In addition to the camera itself, the carrying case contains a bayonet adapter, batteries, a charger and a USB cable.

For our test, we were assisted by hunter Domenik Köster from Ibbenbüren, with whom we drove into an approximately 1400 hectare area of forests. With him this time was his Tikka T3x fitted with a Svemko Magnum suppressor and a Swarovski Z8i 2-16x50p scope. So on this all-around glass, the Heimdall Fokus 50 was to be used as an attachment. The Tikka T3x was zeroed in by Domenik at 160 meters. The caliber of the rifle is .308 Winchester, his preferred caliber on deer and medium-weight game. By the way, when choosing ammunition, the hunter swears by the lead-free GECO Zero. 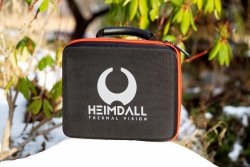 Haack, Mathias
Out of the box, the Heimdall Fokus is ready for hunting as an observation device and attachment. All that remains to be done is to fine tune it to your personal gun.

Mounting the Heimdall Fokus on the Swarovski scope was easy. We used the ARM52-56 from Rusan as the adapter. As always when equipment is new, care should be taken to be cautious and gentle when first mounting the attachment to the scope. If you are less fine-motored, it can quickly happen that mistakes are made here. Above all, you should pay attention to the adapter's lock ring: it should not be tightened too much, otherwise it will be difficult to loosen again. The same applies in the opposite direction – the adapter must sit securely and tightly on the scope, of course.

Now, with the setup completed, we moved on to the zeroing of our set-up. Normally, heat pads are used for zeroing in such an optic. However, we spontaneously decided to use Domenik's half-full coffee mug, which we attached to a thick pine tree with a nail at 120 meters (the coffee from the gas station wasn't really good either).

Zeroing in the rifle with the Heimdall Fokus 50 attachment 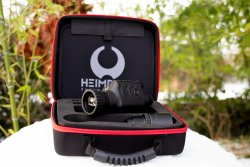 Haack, Mathias
The Heimdall Fokus 50's optics operate silently. There is also no annoying noise during handling thanks to complete rubber coating.

The shot was fired from a height of about three meters from the vantage point: the first shot was already so close to the optimal point of impact that Domenik was initially a bit surprised about the accuracy of the combination. After a short consultation with Matthias, the second shot was fired. This one was again a bit high (about 2.3”/6 cm), on the same level as shot number one, but this time a bit more in the middle.

With the visual check directly on the coffee mug, the fine adjustment was now made. To do this, we went to the display menu of the Heimdall Fokus 50 – the scope mode was selected and then, using the expert setting, the point of impact was corrected 2,3”/60 mm down and 0.59”/15 mm to the right. At this point, it should be noted that we completely removed the scope between each shot, including the adapter.

So we were curious to see what the repeatability would be like. Shot number three was fired shortly before dusk. The first check was made directly from the high seat using the riflescope. Domenik just said: "Got it". During the check at the coffee mug, the hit was then confirmed. The shot sat exactly in the middle of the cup. A little anecdote, by the way: not a drop of coffee was lost. So the cup was still half full and even still a little warm. However, the coffee has probably not become better in the process...

Handling and features of the Heimdall Fokus 50

Our first conclusion about the Fokus 50 from Heimdall: it's easy to work with it. Especially the repeatability in our test and the perfect point of impact adjustment with only a few key commands impressed us a lot. Since the camera was designed as a dual-use device, the Heimdall Fokus offers more application purposes than a pure clip-on device. We are pleased with the possibility of setting the device to three different gun combinations and saving them as profiles. This means that nothing stands in the way of a quick switch from one rifle to another.

Overall, the handling and operation of the thermal imager is quick and easy after a short familiarization period, also thanks to an intuitive menu navigation. With 8 gigabytes of memory, the device offers enough space for photos and videos. A USB cable is included in the scope of delivery, which makes it very easy to back up the data to a PC. The device offers several color modes for different weather conditions, and image displays for day and night are also available. 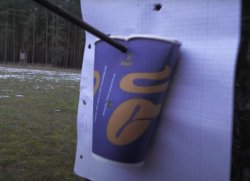 “Got it”: the coffee mug we used for zeroing in.

The Heimdall Fokus 50 is very well equipped for night hunting. The functions provided by the device are sufficient for 90 percent of hunting applications. Of course, like all conventional thermal imagers, the device also has its limitations. For example, if you are hunting in the mountains and want to take a shot at really long distances, you should wait until there are attachments with significantly higher resolution and more powerful lenses. Even if you can "upscale" the optics, there is always a loss of image quality. A digital "zoom in" is always associated with more noise and larger pixels.

However, we do have a few small things to note: the protective caps for the lens could be lost quickly due to their design in case of carelessness. We also noticed a sluggish focus wheel in cold temperatures. A remedy would be a small threaded hole on the right and left side for attaching a throw lever. This would also make it easier to focus with one finger.

In terms of usability and function, the Heimdall Fokus 50 leaves little to be desired. That's why we give it a full recommendation. The energy management is also impressive: the device even works with only one instead of two batteries inserted, if you want. With fully charged batteries, you can even get by with two four-hour sessions. Should these also fail, the device can even be supplied with power from an external power bank via the USB cable. The thermal imager is built very robustly, but just in case, there is a German service that can respond quickly. Given the performance and quality of the Heimdall Fokus 50, the manufacturer's MSRP of €3990 is quite reasonable, not least for a product made in Germany.

Further information about the Heimdall Fokus 50 thermal imaging camera can be found on the manufacturers website. 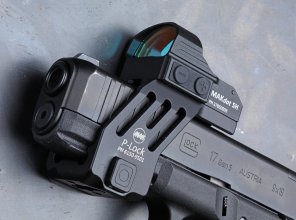 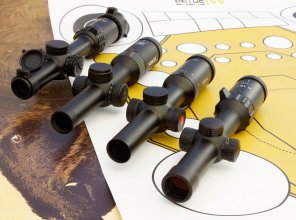 optics05/31/2021Comparative test of four 1-6x24 riflescopes for hunting and sports: are the models from Kahles, Noblex, Falke and Leica “double purpose" optics? 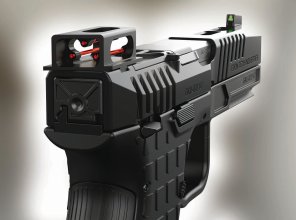 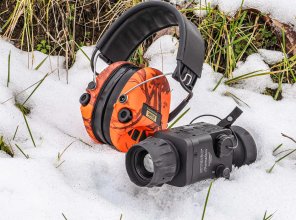 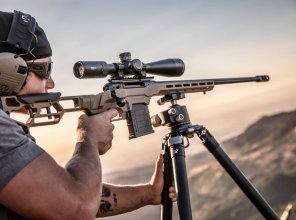 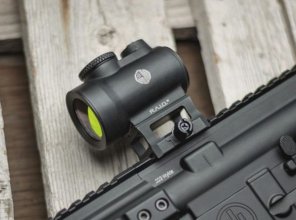 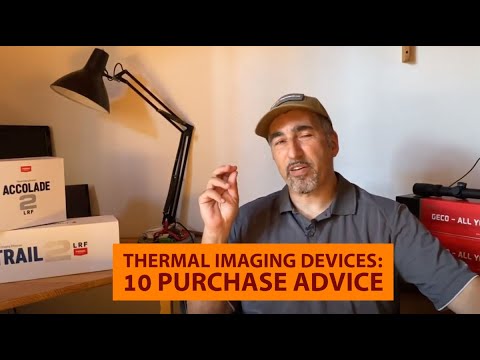