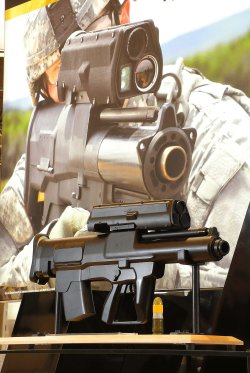 The development of this weapon system traces its roots back to the mid 2000s and to the even earlier experiments concerning the development of a combinated infantry weapon system (assault rifle with integrated semi-automatic grenade launcher) with a digital aiming module − known as the OICW − which parted in two separate ways after the XM-29 SABRe prototype was deemed too bulky and expensive.

While the development of a new infantry assault carbine (the XM8 LAR) was canceled after 2005, the project of a new digitally-aimed airburst launcher that could hit defilade, concealed or entrenched targets at high distances was deemed more suited to the needs of the U.S. troops depolyed in the mid-eastern theatres of operation.

The development of said launcher has thus since been carried on jointly by the ATK - Alliant TechSystems, Inc. group, by the Heckler & Koch's north-American branch and by L3 IOS (Integrated Optical Systems - Brashear), which is responsible for the target acquisition and fire control system. Ever since the year 2010, the launcher has been addressed to with several achronyms, ranging from CDTE ("Counter-Defilate Target Engagement system") to IAWS ("Individual Airburst Weapon System") depending from the mood of the U.S. military establishment. 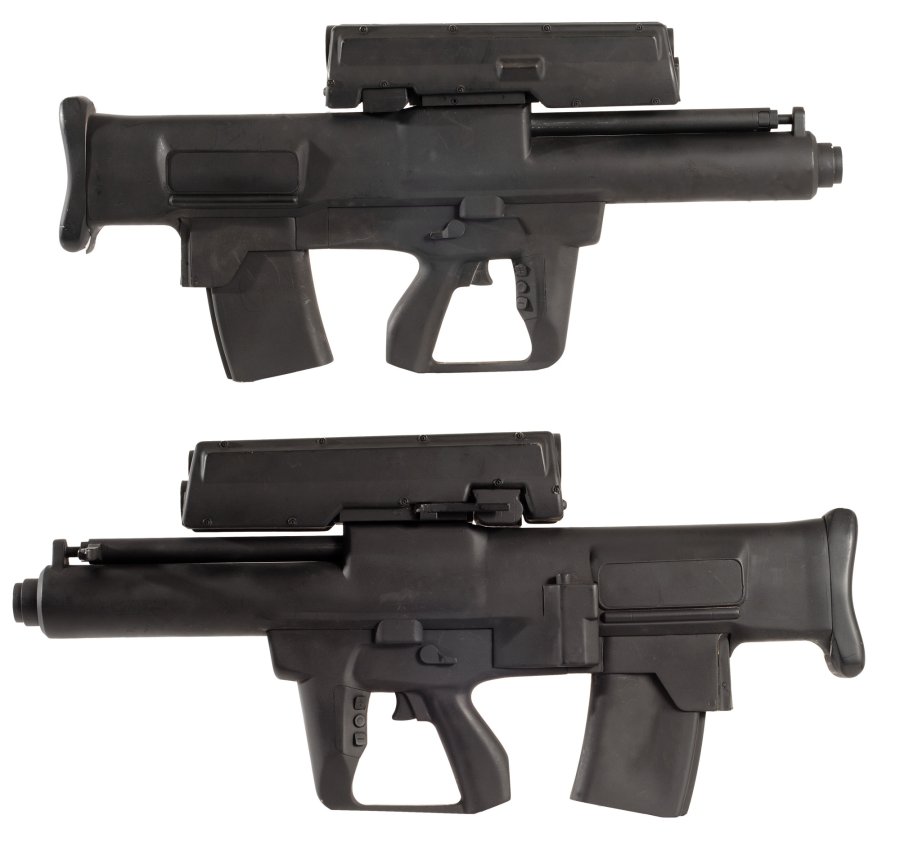 United States Army - Program Executive Office Soldier (PEO SOLDIER)
In September 2012, ATK has been awarded a contract modification to continue development of the XM-25 for the US military

The current official denomination of the system is XM-25 ISAAS (Individual Semi-Automatic Airburst weapon System), and is still being developed at ATK thanks to a contract modification awarded in September 2012, despite the program budget cuts imposed by the U.S. Senate in June 2013.

The first working prototypes of the XM-25 have already been fielded in Afghanistan by some U.S. Army units − more specifically the 75th Rangers Division and the 101th Airborne Division − and the program is slated to pass from the EMD (engineering and manufacturing development phase) to the LRIP (low-rate initial production) before the end of 2014.

In the meanwhile, ATK is still showcasing it at the most important defense exhibitions all around the globe, including the 2014 edition of EUROSATORY, held in Paris from June 16th to 20th. 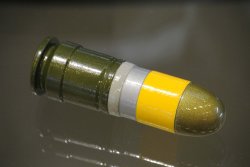 Bruno Circi
ATK proposes several different types of ammunition for the XM-25, to meet the modern needs for a scalar use of force

The XM-25 is a semi-automatic, bull-pup grenade launche feeding through a four-shots detachable magazine and chambering specifically-designed 25mm grenades with a 40mm case.

The heart of the system consists in the target acquisition and fire control system (TA/FCS), which incorporates a 2x direct view optical option and a 2x thermal sight with zoom, a laser rangefinder as well as a ballistic computer; a digital compass for cant, bearing and tilt; a fuze setter; a series of environmental sensors, and an internal display.

The 25mm grenade fuse sports a programmable chip which is set by the TA/FC module according to a series of automatically-detected parameters and by informations that the user may input through the buttons placed in front of the trigger guard, on both sides. This allows the XM-25 to be utterly effective in engaging long-distance targets or defilade enemy manpower − so much that U.S. troops who combat-tested it in Afghanistan nicknamed the XM-25 as "the Punisher". 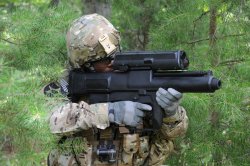 United States Army - Program Executive Office Soldier (PEO SOLDIER)
The XM-25 has already been fielded in limited quantities with the US Armed Forces in Afghanistan, earning the nickname of "Punisher"

Despite suffering from a series of disadvantages, mostly due to the overall bulk and weight of the system, the operators who fielded the XM-25 witnessed how the 25x40mm grenade may be less powerful than the 40x46mm-SR NATO-standard grenades used on undercarried grenade launchers such as the M203 or M320, but is also reported to be more lethal on specifically designated targets due to its increased accuracy and range.

That's why ATK is engaged in the development of a full line of 25x40mm ammunition that would enhance operational capabilities of the XM-25; ultimately, it will include five different types of ammunition: thermobaric, flechette, training, high-explosive airbursting and nonlethal. This last group should consist in both direct-firing inert rounds (eg. rubber batons) and indirect-fire rounds with a chemical payload, including CS, OC and other crowd control irritants.