Are we really entering the age of the “downloadable gun”?

Concluding a multi-year federal lawsuit the US government has agreed to waive its prior restraint against Defense Distributed, that in 2013 had put online the plans for a functional fully 3-D printed gun.

It all started in 2013 when Cody Wilson, a young radical libertarian, developed in Texas the “Liberator”, a fully 3-D printed, fully functional single-shot plastic pistol in .380 ACP, and put the plans online on his website, Defense Distributed. The gun consisted of 16 printed parts. After the blueprints were downloaded more than 100,000 times in just a week, the US State Department demanded Wilson to take down his site, accusing him of exporting weapons without a license under the International Trade in Arms Regulations (ITAR), the federal export controls. 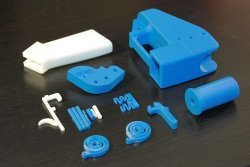 Unintimidated, in 2015 Wilson joined his forces with the Second Amendment Foundation (SAF), an organization that support gun rights. Together, they sued the Department of State over the “Censorship of 3-D Printing Information”. They simply argued that by forbidding Wilson from posting 3-D-printable data, the State Department was violating his right to freely share information. It was not the Second Amendment at stake, they claimed, but the First Amendment – freedom of speech.

Long story short, as explained on SAF's website “the Department of Justice and Second Amendment Foundation have now reached a settlement in SAF’s lawsuit on behalf of Cody Wilson and Defense Distributed over free speech issues related to 3-D files and other information that may be used to manufacture lawful firearms”. “Under terms of the settlement, the government has agreed to waive its prior restraint against the plaintiffs, allowing them to freely publish the 3-D files and other information at issue. The government has also agreed to pay a significant portion of the plaintiffs’ attorney’s fees, and to return $10,000 in State Department registration dues paid by Defense Distributed as a result of the prior restraint.”

“Significantly, the government expressly acknowledges that non-automatic firearms up to .50-caliber – including modern semi-auto sporting rifles such as the popular AR-15 and similar firearms – are not inherently military”, SAF's website adds. 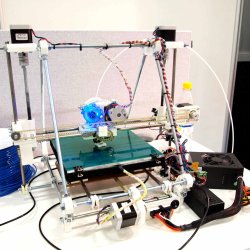 A 3-D printer: the future of firearms?

“Not only is this a First Amendment victory for free speech, it also is a devastating blow to the gun prohibition lobby,” noted SAF founder and Executive Vice President Alan M. Gottlieb. “For years, anti-gunners have contended that modern semi-automatic sport-utility rifles are so-called ‘weapons of war,’ and with this settlement, the government has acknowledged they are nothing of the sort.” “Under this settlement,” he continued, “the government will draft and pursue regulatory amendments that eliminate ITAR control over the technical information at the center of this case. They will transfer export jurisdiction to the Commerce Department, which does not impose prior restraint on public speech. That will allow Defense Distributed and SAF to publish information about 3-D technology.”

The consequences of this “3-D affair” are multifold, and it's hard to say if the world of firearms will be changed forever by the possibility of “printing” guns at home. From a regulatory point of view it will be interesting to see how lawmakers will try to regulate and control the production of this kind of firearms.

For the moment, on Defense Distributed website you can read the following announcement: “August 1 2018 –  Defense Distributed relaunches DEFCAD after reaching a settlement agreement with the US Department of State, concluding a multi-year federal lawsuit. The age of the downloadable gun formally begins”.