FMK Firearms, a small Californian company, offers the 9C1 Gen.2: a small, practical pistol for the defenders of the Second Amendment! 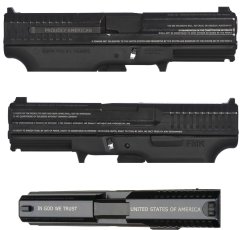 It may seem nothing special at first sight: just another polymer-frame, compact semi-automatic pistols like many others, launched on the global market in the past years, mostly all smoke and no fire, with a lot of time spent cooking for a lousy quality meal. But this is different: most important of all, the manufacturing company, FMK Firearms Inc., is headquartered in California, the State of the U.S. with the most restrictive gun control laws (particularly after the most recent restrictions were passed by State legislators) and a mainstay of the American gun control front. California has a ban on many shotguns, a ban on all "non-certified" handguns, on detachable magazines for shotguns and rifles, on all "assault weapons", on all detachable pistol magazines holding more than ten rounds, and on .50-caliber weapons. And still, the biggest Californian cities − Los Angeles, San Francisco, San Diego − are plagued by skyrocketing levels of street crime, armed assaults, and other felonies, including the fact that the State became a crossroad for the smugglers of drugs and human beings from central America into the United States. It is always easier for the predator to do his "job", when his preys are defenseless − and California State legislators either seem not to understand, or not to care about. 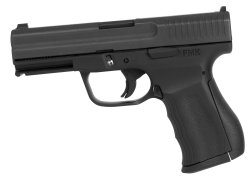 And yet, someone in California still thinks that the Second Amendment of the United States Constitution − "A well regulated Militia, being necessary to the security of a free State, the right of the people to keep and bear Arms, shall not be infringed" − has to be defended by the methodical infringement and desecration it's undergoing because of the American anti-gun politicians. The fine folks at the FMK Firearms company, headquartered in the city of Placentia, are among the Californian defenders of the 2nd Amendment:  that's why, a couple of years ago, the company launched the semi-automatic compact 9C1 pistol. A 9x19mm polymer-frame handgun, the 9C1 features a 10-rounds magazine, a striker-fired working system with a double-action only trigger, and has been built to comply the rigid gun safety rules of California, while at the same time providing small size and low weight for concealed carry − which is allowed for CCW holders in California but generally frowned upon by law enforcement officials and other public servants, particularly in the largest cities. 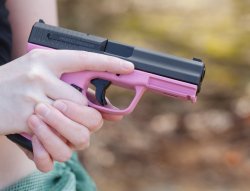 Oleg Volk
Polymer frame, striker-fired, double-action only: the FMK Firearms 9C1 Gen.2 pistol sure has a lot going for it!

The most peculiar feature of the FMK Firearms 9C1 pistol, however, is that it can be purchased in a "Bill of Rights Pistol" version, coming with an engraved slide that features the entire Bill of Rights − the first part of the U.S. Constitution, counting ten Amendments that ratify the inderogable rights of the American citizens. Now, the FMK 9C1 pistol is also available in a re-designed Generation Two version (9C1 Gen.2), featuring a redesigned, streamlined, railed frame available in different colors, plus a 14+1 rounds magazine for Law Enforcement sales and for those U.S. States or other Countries that don't enforce a ban on standard capacity magazines. The FMK Firearms 9C1 Gen.2 can also be had with a Fast-Action Trigger (FAT), a drop-in conversion that totally replaces the standard trigger and transfer bar system of the original pistol with a much lighter one, more akin to a simple single-action trigger. The FAT can also be purchased as an aftermarket conversion, but since it removes the magazine disconnect safety system, which is a legal requirement in some jurisdictions, it may not be available everywhere.