The European Council propotes a poll concerning a common European anti-gun policy: it's paramount for all European gun owners and enthusiasts to let their voices be heard!

It's common knowledge that important multinational organizations have an anti-gun agenda and constantly strive to push more restrictive regulations to firearms, ammunition and accessories thereof: the latest demonstration of this tendency is the United Nations' Arms Trade Treaty (ATT), where it specifies how several restrictions the U.N. is pushing apply to civilian-grade, sporting firearms as well. The European Union has been sort of "flip-flap" under this point of view − and time may have come for all European gun owners and enthusiasts to let their voces be heard. The European Council website is in fact hosting a poll which will be open until June 17th, concerning "A common approach to reducing the harm caused by criminal use of firearms in the EU". As the same webpage states:

The European Commission wishes to consult citizens and stakeholders about action needed at EU level to reduce the threat of firearms to people living in the EU. Responses to this questionnaire will inform a communication which the Commission is preparing for adoption later this year, as well as possible future legislative and other initiatives.

Intentions would seem positive until the next line arrives:

Firearms are a common factor in serious crime, terrorism and illicit markets. Guns and similar weapons are usually produced legally, but can remain effective for decades and may be used for criminal ends with horrific consequences, as has been seen most recently in the attacks in Toulouse, Utøya and Liège. Meanwhile trade in firearms can generate profits which are diverted to organised crime and which undermine the rule of law. These weapons may be illegally acquired from stockpiles in former conflict zones such as the Western Balkans, or may have been converted from deactivated weapons or parts made available for sale over the internet.

Here, a series of blatant lies about guns and their technology − a shameful attempt to make less-than-informed citizens believe that the re-activation of deactivated firearms, as well as their assembly from "parts made available for sale over the Internet", would be so easy, when not only it is very hard withouth an industrial base, but it's outright impossible when it comes to reactivation of a legally-deactivated weapon! − goes along with an outright demonization of legal firearms, comparing them to those used by killers and terrorists in Utøya, Toulouse and Liege − particularly in the last two cases, it's notorious how the attackers used illegal firearms. Another noteworthy point is how the fact that firearms "can remain effective for decades" is portrayed as a negative point: should we all forced by law to purchase and use unreliable, dangerous, low-quality, over-expensive guns that tend to become hopelessly useless in the turn of a few years or months after just a few shots are fired? And what would then be the future of hunting and shooting sports? Or should Private Security operators and those individuals who need to carry a gun for legitimate self-defense needs be more afraid of their own guns blowing away in their own hands rather than being attacked by a criminal?

The poll introduction continues by literally enshrining as greatly positive things these very same international laws and regulations that proved useless in preventing the illegal arms trade and their abuse by criminal and terrorists, and that are instead making the lives of legitimate gun owners harder day by day:

Many Member States have ratified the UN Firearms Protocol, which prohibits the illegal manufacturing of firearms and the transfer of firearms between states without the knowledge and consent of all states in involved. Building on the Protocol, the EU has adopted strong rules controlling the export and import of firearms, enabling them to be more easily traced. Since 2010, the EU has sought to implement an action plan tackling illegal trade in ‘heavy’ firearms. However beyond commercial rules, within the EU, there is no common approach to facilitating police cooperation in this area, nor are there common definitions of criminal offences and sanctions. 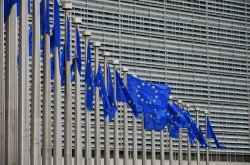 all4shooters.com
The results of the poll may be surreptitiously used to justify the introduction of restrictions to legitimate trade, purchase, ownership and use of civilian-grade firearms

The questionnaire contains twenty-five questions organised in five sections: introductory questions; the role of the EU in combating criminal trade in and use of firearms; legal production, possession and sale of firearms; storage, deactivation and destruction; working with external countries, police cooperation, statistics and reporting. Questions are slickily posed, and are mostly tricky and insincere in nature at our eyes. It's almost blatant how the true purpose of this poll is to be used as an excuse to demonstrate how "European citizens demand more stringent gun regulations", so to pass even more laws and directives against the shooters' community. Europe already has several regulations in place to complement the gun laws of the individual member States − some of which, as it's the case for the United Kingdom, are so draconian to be just one step from outright dictatorship − and it's thus due time for gun enthusiasts and sports shooters to say "No More".

All legitimate gun owners, sports shooters, private security operators, concealed carry license holders, hunters, gun shop owners and enthusiasts at large are thus warmly urged to participate to this poll and clearly answer that we do NOT want and do NOT need any more intervention from the European Union in the matter; we need to make European bureaucrats understand that it's none of their business what we do own or use − our individual national authorities are well enough for that matter! − and that all efforts should be solely focused to fight international, organized crime and terrorism, without introducing further restrictions whose sole effect would be to criminalize law-abiding citizens. Last but not least, we should make clear once and for all that the EU should instead positively support the legal possession and use of guns, prompting overly-restrictive member States to relax their national regulations, whose sole effect is to leave honest citizens unharmed to be easy prey for armed criminals.