The NRA crisis: what’s going on?

Amid a political struggle of major proportions, Oliver North has been ousted as National Rifle Association’s president. In the meantime, the New York attorney general is investigating into the organization’s tax-exempt status. Many members are also losing confidence. Read here on all4hunters what's happening in the US and why it's important for European firearms owners too.

The shocking news came last Saturday: Oliver L. North, who was elected in May 2018, announced that he would not serve a second term as the National Rifle Association’s president. “Please know I hoped to be with you today as NRA president endorsed for re-election. I’m now informed that that will not happen,” he explained in a letter read at the annual NRA’s national convention in Indianapolis. 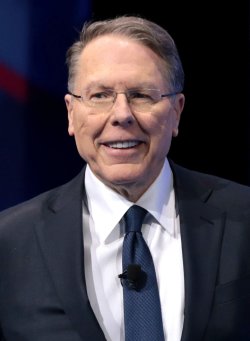 This unexpected turn of events is the result of a genuine power struggle inside the NRA between North himself and Wayne LaPierre, the group’s longtime chief executive. The chain of events that pushed North to this point had in fact started just a few days before, when he urged LaPierre to resign. In response, the latter sent a message to the NRA board in which he openly accused North of threatening to release damaging information about him and other executives if he refused to step down. In particular, the accusations concern an alleged sexual harassment of a staff member, wardrobe expenses and excessive staff travel expenses. “I was forced to confront one of those defining choices — styled, in the parlance of extortionists — as an offer I couldn’t refuse. I refused it,” as LaPierre quite explicitly explained.

This harsh exchange of accusations is in sharp contrast with the tone used at the time of North’s election last year: LaPierre said that he could think of no one better than him“to serve in this critical position.” On his part North said that he was “honored to have been selected by the NRA Board to soon serve as this great organization’s President.”

What’s worse, this confrontation comes when the New York attorney general, Letitia James, is investigating into the NRA’s tax-exempt status, also issuing subpoenas. She instructed the NRA and affiliated entities, including its charitable foundation, to preserve relevant financial records. In the recent past, Ms. James had publicly expressed the view that the NRA held itself “out as a charitable organization” but was actually “a terrorist organization.”

Lastly, just a few days ago, on April 12, the National Rifle Association filed suit in a Virginia court, accusing their long-time PR company, Ackerman McQueen, of refusing to comply with demands to justify its billings and failure to disclose contracts with NRA staff and officers that might demonstrate a conflict of interest. 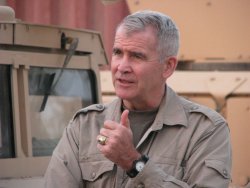 Oliver L. North, who was elected in May 2018, will not serve a second term as the National Rifle Association’s president.

As you can guess, the situation is quite complex, confused and fluid. But the NRA crisis goes beyond its leadership power struggles and the alleged financial “improprieties”. It seems to be a deep moral and existential crisis indeed. The most powerful and well-connected gun lobby in the US – and therefore, in the world – with more than five million members, is facing a loss of confidence by its own supporters. Founded in 1871 “to protect and defend the Constitution of the United States, especially with reference to the inalienable right of the individual American citizen guaranteed by such Constitution to acquire, possess, collect, exhibit, transport, carry, transfer ownership of, and enjoy the right to use arms”, the NRA is now accused by many of being more concerned with financial and organizational gains rather than in protecting gun rights. Many NRA’s members, for example, did not appreciate the fact the organization supported a ban on bump stocks in the wake of the 2017 Las Vegas shooting, where the killer used one of these devices to kill 58 people.

What is certain, to use North’s words, is that the NRA has “a clear crisis” that must be “immediately and responsibly” dealt with. Yet, it must not be considered just as a purely “American affair”. Law-abiding citizens worldwide need organizations like the NRA to defend their rights to legally keep and use firearms: experience has shown that if these rights are weakened in a single country, they are weakened everywhere – and for good.