"Virtual SHOT Show 2021" – Will there be many novelties in firearms and ammunition from the USA at the beginning of the year?

It is well known that SHOT Show 2021 will be primarily “virtual” due to the Corona pandemic. But you don't have to be a clairvoyant to suspect that the innovative spirit of US manufacturers will unfortunately be limited. Why? all4shooters.com dares to look into the crystal ball...

The country, deeply divided politically, has not only experienced the harsh consequences of a failed Corona crisis management in recent months, but also – "George Floyd" and "Black Lives Matter" are the keywords here – civil unrest, mass protests, violent demonstrations and the associated looting of stores. This stirs up fears among the population nationwide and provides the US firearms industry in particular with record-breaking sales figures. If we now also consider that gun sales figures always skyrocket in the event of an imminent change of power from Republicans (Trump) to Democrats (Biden), because US citizens fear imminent tightening of gun laws, then we can guess that the US firearms world is currently in an excellent financial position. 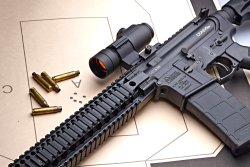 Archiv
Other numbers: around 7.7 million US citizens purchased a gun in 2020 for the first time in their lives.

The USA: different countries, different customs – especially when it comes to firearms

But that's exactly where the problem lies. If "guns and ammo" are currently selling like hot cakes anyway, why invest money, time and energy in the development of new products? The National Shooting Sports Foundation (NSFF) released the latest statistics on gun sales in the US in early December 2020. These numbers are basically based on the National Instant Criminal Background Check System (NICS) of the US Federal Bureau of Investigation (FBI). A small side note: mockers in the US gun world, by the way, translate the acronym FBI as "famous but incompetent." But where do these huge sales increases in guns and ammunition come from?

Background checks: growth rates of up to 45 percent

NICS was born in 1993 through the Brady Handgun Violence Prevention Act – known as the "Brady Law" for short – and five years later the control system was introduced into real life by the FBI. According to this law, licensed firearms dealers with a Federal Firearms License (FFL) must have the potential buyer checked by NICS with regard to his police record when selling a firearm. Excluded from this system, however, are for example private second-hand gun sales, even across state lines. 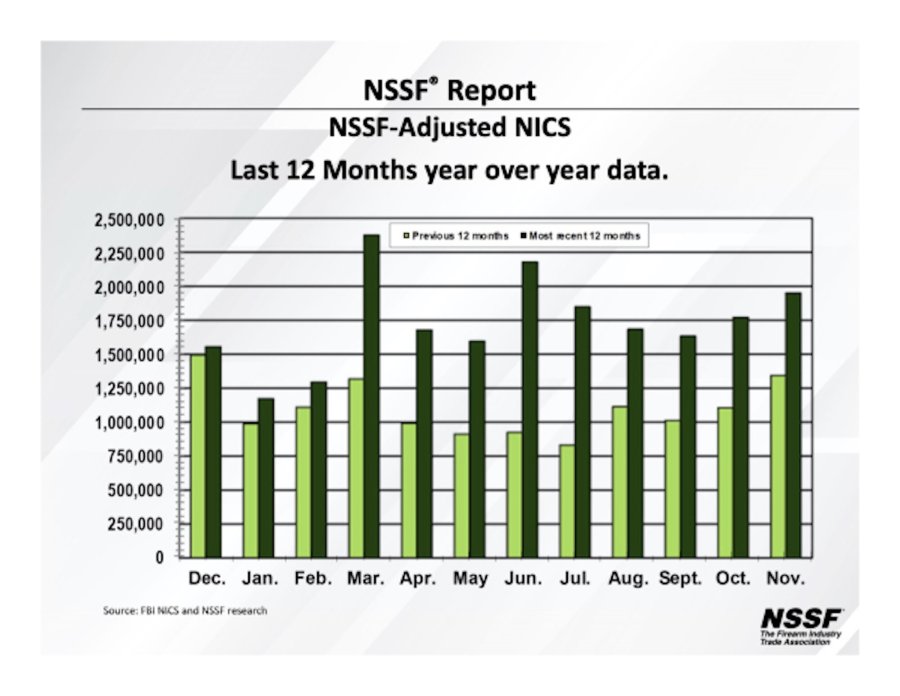 In 2019, more than 28.4 million NICS background checks were conducted. However, according to current figures, over 1.9 million NICS background checks were recorded in November 2020 alone, a staggering 45.2 percent increase from the previous year. On a single day, the sales-heavy "Cyber Monday" (the Monday after Thanksgiving), 123,797 checks occurred compared to 74,926 checks in 2019, an eye-opening 65.2 percent increase. Also of note, surveys indicate that approximately 7.7 million US residents purchased a gun for the first time in their lives in 2020. So it's safe to assume that 2020 will be a new record year in the US gun world. If reliable sources are to be believed, then quite a few US manufacturers will be sold out for two to three years.

Stay tuned! Whatever is new in 2021 in the firearms, optics, ammunition and accessories world – you will read it promptly on all4shooters.com

So, these are the reasons why you should not necessarily expect a flood of novelties from the USA at the beginning of the new year. Nevertheless, we will keep you fully informed about the important new products that will be presented at the "virtual SHOT Show 2021".

The SHOT Show 2021 in presence was already cancelled in October 2020. All4shooters provided all the information on this.

Subscribe to the Newsletter
This article is also available in this language:
DEIT
Click here for more information on the topics:
CultureEvents
That might interest you too: