Milipol 2015 in Paris: Security in the shadow of terror

Milipol, the trade fair for the military and security industry, opened its doors in Paris on Tuesday, 17 November. Despite the recent terrorist attacks before and during the trade fair, the team from all4shooters.com set off towards the heart of France to find out what’s new, and to keep you informed of the most recent developments 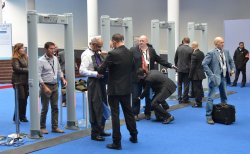 In the shadow of terror: Security measures for visitors were tightened in response to the devastating terrorist attack just a few days before the trade fair

At the moment, travelling to France’s capital takes a little more time and patience than usual. At security, ID cards and bags tend to be checked more frequently and thoroughly.

The trade fair organiser had already announced that there would be a heightened security presence in and around the congress centre.

All visitors were asked to file through a metal detector and open their bags, but by and large they seemed more than willing to comply.

Despite the organisers having done everything in their power to ensure the safety of everyone attending the four-day event, some exhibitors, for instance from Italy or the United States, unfortunately declined to take part. The trade fair has always focused on the multifaceted spectrum of security technology, including communications electronics, personal protective equipment, armour-plated vehicles, non-lethal measures, weapons, and ammunition. As we have already seen at other trade fairs, manufacturers are focusing increasingly on drones used either exclusively for surveillance, or equipped with irritants and colorants for passive and active deployment during instances of unrest.

Handguns at the Milipol 2015: A Brave New World?

The “world’s oldest weapons’ manufacturer” came to showcase a true innovation in handguns.

Beretta presented its latest project, a pistol named “i-PROTECT” that is designed to sync with a smartphone. The new Beretta weapon uses Bluetooth technology to connect with a mobile phone, which in turn can be located precisely thanks to triangulation via transmitter masts. The position is then displayed on a digital map in a control centre.

The “i-PROTECT” system by Beretta even goes a step further, communicating the current state of the weapon – for instance cocked or uncocked – to the control centre. Moreover, the system records the exact number of shots discharged when the weapon is fired.

And although at first glance this may seem like blanket surveillance – and it can certainly be used that way – its actual purpose is to enable faster deployment of police or emergency services backup to a precise location in the event of an imminent threat. Here, the system promises much faster response times than would be possible using radio systems, which could help to buy crucial, potentially life-saving minutes if an officer is injured and therefore unable to provide his or her precise location.

Even more innovation from Beretta: The assault rifle ARX 200

Beretta also travelled to Paris to present the new ARX 200 assault rifle, which builds on the current ARX 160 model, but shoots the higher-performance 7.62x51 NATO ammunition. 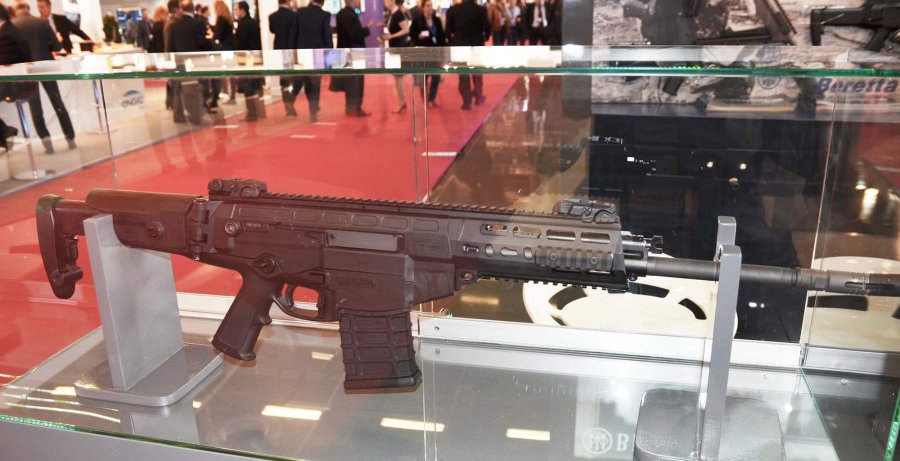 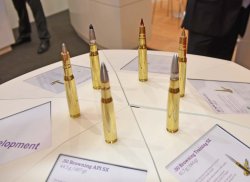 Milipol 2015: RUAG has enlarged its range to include two interesting loads for the 12.7x99 alias .50 BMG

The new projectile types included a type of ammunition used for training purposes that demonstrates an extremely low susceptibility to ricochets, alongside an API bullet (Armour-Piercing Incendiary) with a 44.5 gram projectile weight. RUAG’s .338 Lapua Magnum, which is increasingly coveted among marksmen, is currently used by law enforcement agencies in combination with a performance-boosting AP(Armor-Piercing) variant for enhanced penetration against hard targets.

The Milipol, which as usual is only open to industry representatives, runs until Friday, 20 November 2015.

Subscribe to the Newsletter
This article is also available in this language:
DEIT
Click here for more information on the topics:
Military firearmsRUAG ammunitionAssault riflesBerettaPistolsRadar 1957 Leather Division - Holsters and more