The Shooter's Talk - Armed citizens in Israel: a solution, not a threat?

Israel is a country that has been facing terrorism and violence for many decades. Yet, Israeli regulations about gun licenses are going to be relaxed in 2018 so that many more law-abiding and well trained citizens can carry a gun. A folly?

While the European Union continues to work on tightening gun laws some different news comes from Israel: it seems that local regulations governing gun licenses will be  significantly relaxed, allowing many more  Israelis to acquire and carry a firearm.

According to Israeli media, Public Security Minister Gilad Erdan will allow any Israeli who underwent level 07 rifle training in the IDF (Israel Defense Forces) to apply for a gun license.  It must be stressed that even if the majority of IDS soldiers are not certified as level 07, all infantry soldiers, combat squad commanders and the majority of IDF officers are. And since National Military Service is mandatory for all Israeli citizens (both men and women) over the age of 18 – only Arab citizens are exempted – this means that there are many citizens who could obtain a gun license in the near future.

Ringing a bell to EU lawmakers? 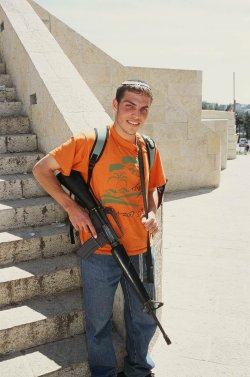 Israel is a country that has been facing terrorism and violence for many decades. So, many could think that the decision to put more guns in the streets is sheer folly.

The reasons behind this move are explained by Knesset's Gun Lobby Head Likud MK Amir Ohana in a Haaretz interview: "A civilian carrying a weapon is more of a solution than a threat, and doubles as assistance for the security forces."

Contrary to popular belief, at present Israeli gun laws are very strict - even stricter than European ones. Citizens who apply for a gun license must be over 21 and have a valid reason for needing a gun, and some 40 percent of requests are rejected. “Assault weapons” are forbidden and gun owners are only allowed to keep no more than 50 cartridges.  Moreover, they are permitted to own only one gun at a time, and must even ask for permission to sell their firearms. As a result, gun licenses are quite few in Israel. 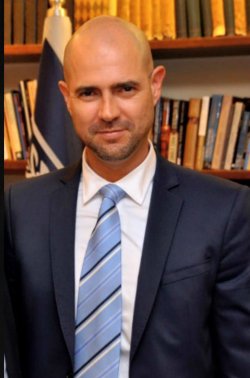 Yet, in the last months (from January to June 2018), at least 11 terror attacks in the Jerusalem area alone have been “neutralized” by armed citizens. How many more attacks could have been neutralized if more law-abiding citizens were allowed to carry guns? This is the pivotal question.

"Sending the citizens of Israel to protect themselves with pizza trays, selfie sticks, guitars and umbrellas is a crime of the state against its citizens. A law-abiding citizen, who has the basic skill required, is entitled to be able to defend himself and his surroundings," Amir Ohana (Likud MK) argues.

How to deal with?

There are always two sides of a medal. We had dramatic school shootings especially  in the US without any armed protection nearby (Police Officers or Security Services like in Parkland in February 2018) with many victims and we had other school attacks, where armed Security Officers could prevent the worst case.

As a matter of fact we can always find good examples of whatever we want to “proof”. We cannot present a perfect solution, but we can just report what’s going on in the world. Watch it closely and make up your own decision. Taking into consideration how many – or better – how few legal gun-owners in Europe have a “carry license”, we can only say: in EU we have almost no armed citizens in the streets.

Is there a need for armed citizens? Difficult to say. And in countries where we do not have a Second Amendment like in the US in our constitutions, you don’t have to be a clairvoyant to accept that we will probably never have any. But asking the question should be allowed at any time.

Make up your mind and discuss with us on Facebook!