Guns are dangerous: everybody says that, so it must be true – They even shoot by themselves!

In this article we explain a consensus manipulation that is very much used and effective. It's based on social proof, that is, the tendency of people to copy the behavior and ideas of the majority, even at the cost of denying their own ideas. This behavior was described by the psychologist Solomon Asch in the middle of the last century.

Why are our opinions always caged up? Surely you have noticed that. For example, correct analyses on some US mass shootings, analytical considerations on the logical sustainability of certain "statistics", always remain restricted to our small circle of persons, magazines, or groups. This is what we mean by "caging up". The mere attempt to spread these opinions outside the cage causes censorship, ridicule, and incongruous responses. 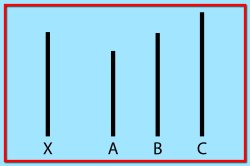 Solomon Asch's experiment: "Which of the lines A, B and C is the same size as the line X?”


In 1951 the psychologist Solomon Asch conducted a brilliant experiment. He showed a group of people a blackboard with a series of straight lines. The group was previously trained to "play", giving deliberately wrong answers. Only the experimental subject (the "guinea pig") was unaware of this.

Now, what if instead of lines, there were images (or posts) of firearms? Et voila, the game is done. The psychological process is the same..

If everyone tells you guns are just bad and ugly and they shoot by themselves, you'll believe that. But that's not all: if they also make you feel guilty just because you propose a different view and different arguments, then they'll label you "mad” or “bad" – the end result of any brainwashing and social control. Even just searching for information and thinking will also be "a sin". So, we have also understood why dissonant comments are deleted so diligently: people who "dare argue" with a certain analyst are immediately banned.

Solomon Asch's mechanism only works if everyone in the room says the false thing. It works if on social pages, newspapers, TV, only people who say that the short line is long are showed.

Another American psychologist, Irving Janis, illustrated the danger of "groupthink", showing the mechanisms by which a group of people tends to expel uncomfortable thoughts and – basically – to create self-persuasion. It means that the manipulated subjects are convinced that thoughts and actions are the result of their own autonomous decisions instead of thoughts just “borrowed” from others. In such a situation, focusing on people's rationality and good faith is usually a failed strategy. In practice, any rational argument – even a solid one – doesn't "take root". Therefore, it's necessary to use only and exclusively emotions to leverage.
That's the reason why replies/feedbacks by anti-guns – assuming you have not been banned or blocked – are almost always "borrowed thoughts" that, you may notice, express terror, fear, and an actual phobia for the subject or matter under discussion.
The solid arguments of the anti-gun logos are neither arguments, nor even solid.

So, how do they make the anti-gun propaganda work? Simple: using the groupthink à la Irving Janis. 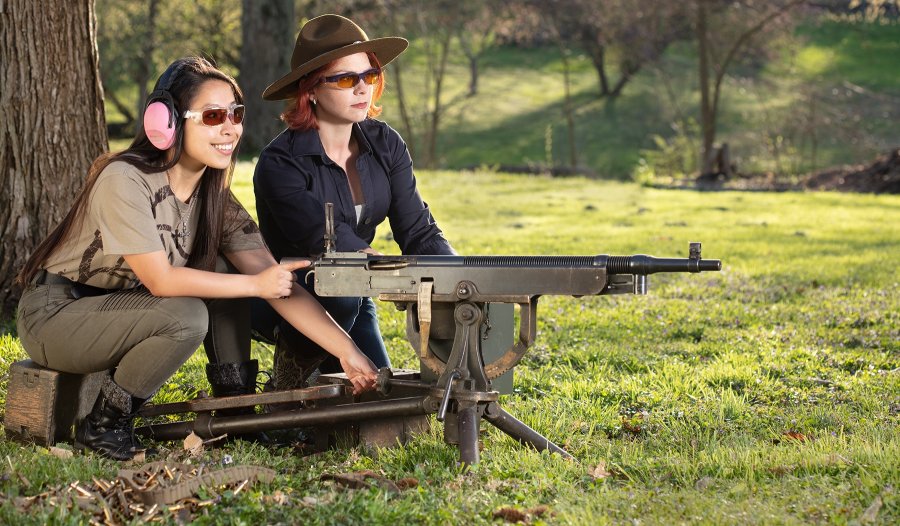 
Robert Cialdini grouped these mechanisms of "conformism" and automatic obedience into the "principle of consensus", or "social proof". Following a group is not bad in itself. It is when these processes are exploited to distort opinions, causing people to believe they have opinions of their own.

Then the few who are capable of judgment, or just attempt to check and verify, are forced to remain silent, and only those who are completely incapable of having opinions of their own can speak. It is precisely the latter who are the most useful little soldiers in anti-gun propaganda: they become the most zealous and intolerant defenders of those opinions. They ban and condemn not even those who think differently, but even the sole intention of having opinions: the audacity to judge for oneself becomes a social stigma. Those little soldiers will then become "informers", "Facebook reporters", and so on.

When an anti-gun opinion becomes widespread and shared, it's impossible to dismantle it even if it's clearly false. And – take note – the postulate is activated: "If it were completely false, it would not be shared by so many people. So it's true".
Wow: self-referential thinking.

First of all, realize that those who delete or ban, the newspaper that never publishes your letter of reply to a make-believe article about guns, does not do so because they are "bad", "stupid", etc.. If you think so, you unconsciously participate in the construction of the cage.
They act this way because behind them there are people who know very well the mechanisms of consensus and social proof.

Then a solution is meta-communication. That is, not so much discussing the statistics of mass shooting etc. – that comes later – but to show them how these psychological mechanisms actually work. Even just talking about it... as we are doing here.