2012 Sandy Hook shooting leads now to a $73M settlement with Remington Arms. How can this be?

A worrying precedent – even if not a legal precedent in narrow sense, as liability claims  were settled and not finished by adjudication: families of victims killed in the Sandy Hook Elementary School shooting have reached historic $73M settlement with Remington, the maker of the rifle used in the 2012 massacre. It is the first time a gun manufacturer faced potential liability in a U.S. mass shooting.

A contribution from Piergiorgio Molinari02/17/2022

In one of the deadliest school shootings in U.S. history, on December 14, 2012, 20-year-old Adam Lanza fatally shot 20 children and 6 adults at Sandy Hook Elementary School in Newtown, Connecticut, before taking his own life. 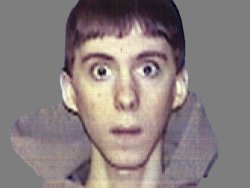 Adam Peter Lanza, the perpetrator of the massacre. Who could imagine that this young man, notoriously with deteriorating mental health and a fascination for mass violence, could do such a horrible thing?

For this awful act, Lanza used his mother's Bushmaster XM15-E2S semiautomatic rifle made by Remington (after murdering her, by the way). According to investigators, Lanza provided no indication why he targeted Sandy Hook school.

“The families argued that Remington, the gunmaker, promoted sales of the weapon that appealed to troubled men like the killer who stormed into Sandy Hook Elementary School,” as explained by the NY Times.

President Biden in a statement promptly praised the settlement, saying, “While this settlement does not erase the pain of that tragic day, it does begin the necessary work of holding gun manufacturers accountable for manufacturing weapons of war and irresponsibly marketing these firearms.”

What does the new interpretation of “liability” for gun manufacturers mean?

"We established what was clearly true... the immunity protecting the gun industry is not bulletproof," plaintiffs' attorney Josh Koskoff said in a news conference. "We hope they realize they have skin in the game, instead of blaming literally everybody else."  Remington's four insurers have in fact agreed to pay the full amount of coverage available, which is the $73 million total. "For the gun industry – Koskoff adds – “it's time to stop recklessly marketing all guns to all people for all uses and instead ask how marketing can lower risk rather than court it. For the insurance and banking industries, it's time to recognize the financial cost of underwriting companies that elevate profit by escalating risk. Our hope is that this victory will be the first boulder in the avalanche that forces that change." 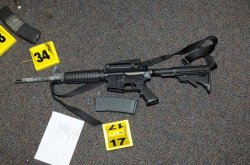 So, according to people like Mr. Biden and Mr. Koskoff, Remington's guilt lies in “irresponsibly marketing” firearms by extolling the qualities of their products  – even if Sandy Hook shooter did not actually buy the rifle and killed his own mother to obtain it. But ok, it's clear that in their eyes the real, unforgivable fault is to manufacture and, god forbid! sell firearms that common people can actually buy and own legally. It doesn't matter that even a report released in 2014 by the Connecticut Office of the Child Advocate, that profiled the developmental and educational history of Lanza, noted "missed opportunities" by Lanza's mother, the school district, and multiple health care providers. It identified "warning signs, red flags, or other lessons that could be learned from a review of [Lanza's] life."

Almost everybody knew or could see that he was a depressed, anorexic young man with deteriorating mental health and a fascination for mass violence. Yet the fault is Remington's, for “recklessly marketing” its products. Right. One may wonder why parents and relatives of road accident victims don't sue car manufacturers too, who often “irresponsibly market” their products emphasizing speed, power and performances. But, sure, only firearms are inherently evil – not for nothing they call it “gun violence”: because guns, not criminals or lunatics, kill people. Finally there is the most important question open: Who or what killed the kids? The shooter, the gun or the ammo? Difficult times are ahead of our industry with this kind of liability interpretation. Sounds weird? it is weird!

The problem here is that the Sandy Hook settlement makes future lawsuits more likely. Which means that gun manufactures will be punished, industries will shut down, workers will lose their jobs, gun legal ownership will be further restricted, and criminals will be acquitted or even compensated because themselves victims of “irresponsible marketing” on the part of gun manufacturers. This way, gun violence will be finally curbed.

It must be assumed this is the “new normality” they want. But what are the long term consequences? Next target might be the automotive industry… (tongue in cheek).

Subscribe to the Newsletter
This article is also available in this language:
IT
Click here for more information on the topics:
CultureRemington Arms
That might interest you too: