Sierra Bullets, a global market leader in bulletsmithing, announced three new products to be introduced on the market in the coming weeks 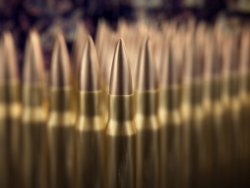 From the archives of all4shooters.com
Announced in the past weeks, Sierra's new bullets will be launched on the U.S. market early on next year

Sierra Bullets is a global leader in bulletsmithing for OEM and reloading purposes, offering some the most accurate bullets in the world. Founded in the year 1947 in California and relocated to Sedalia (MO) in 1990, Sierra Bulletsuses the highest level of precision in design, manufacturing, and quality control standards to produce bullets used for precision target shooting, hunting and defense purposes.

Recently, Sierra Bullets announced the launch of new entries in its MatchKing and Varminter lines, dedicated to sport shooters and hunters, as well as a new line of V-Crown pistol caliber bullets dedicated to service and defense purposes, developed in collaboration with SIG Sauer. Sierra's new products will be available for commercial sales early on in 2016.

The latest addition to Sierra's legendary MatchKing line, the new 7mm 183 grain HPBT, is a sleek .27-caliber elongated, pointed ogive featuring a final meplat that provide ans increased ballistic coefficient for optimal wind resistance and velocity retention. To ensure precise bullet to bore alignment, the unique bearing surface to the ogive junction uses the same 1.5 degree angle commonly found in match rifle chamber throats. This bullet will thus require a fast twist rate − 1:8” or even faster − to properly stabilize.
The MatchKing and Tipped MatchKing bullets are specifically conceived for long-range sport shooting applications, but despite being popular for varmint hunt, they're not really recommended for most hunting since their design will not provide the same reliable explosive expansion at equivalent velocities in varmints compared to their lightly jacketed counterparts offered by Sierra itself.
The new 7mm 183 grain HPBT bullets will be available on the U.S. market in boxes of 500 bullets (#1983C) with a 2016 suggested retail of $256.34 per box and boxes of 100 bullet (#1983) with a suggested retail of $51.80 per box.

Sierra Bullets
Sierra's SIG Sauer V-Crown bullets are available in 9mm, 10mm and .45 caliber variants, all in a JHP layout

For service and defensive purposes, Sierra Bullets partnered with SIG Sauer − one of the world's most respected manufacturers of firearms for service, defensive, and sport shooting − to launch a new line of bullets that would deliver accuracy, optimal weight retention and expansion at all effective distances.

The Sierra SIG Sauer V-Crown bullets line features a stacked hollow-point design with additional hollow point cavity. For the 9mm, 10mm and .45 variants, a cannelure halfway up the shank locks the jacket to the core ensuring maximum weight retention and terminal expansion.
The Sierra SIG Sauer V-Crown bullets will be available in boxes of 100 bullets with a 2016
suggested retail price ranging between $24.46 and $34.80 in the United States, depending from the caliber and bullet type. 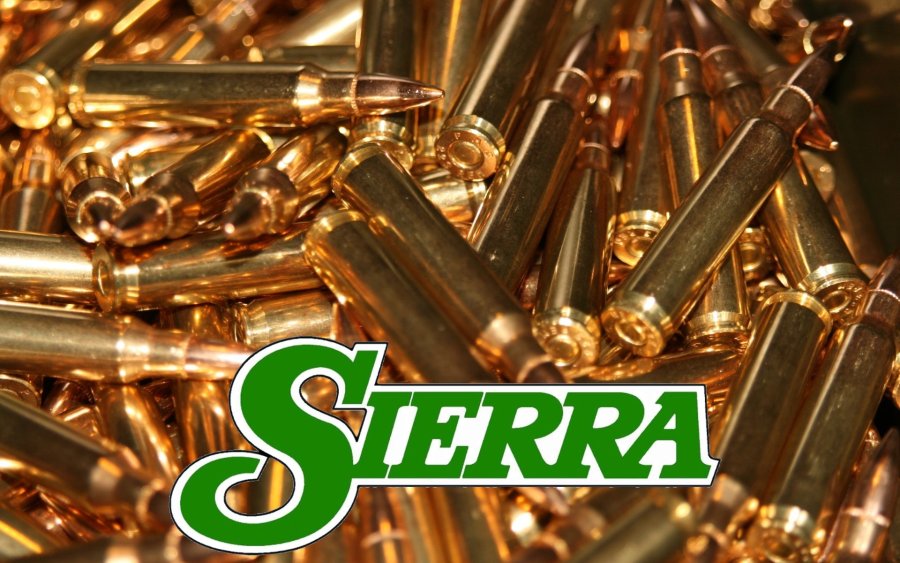 Photo-composition by all4shooters.com
Once again, Sierra confirms itself as global leader in bulletsmithing for OEM and reloading

Subscribe to the Newsletter
Click here for more information on the topics:
Sierra Bullets9 mm10 mm Auto.30-06 Springfield.40 Smith & Wesson.45 ACP.45 Colt.300-AAC.308 WinchesterHuntingSport Shooting
That might interest you too: 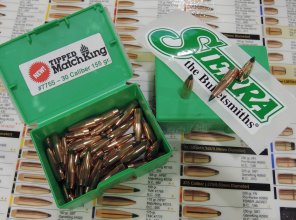