Whatʼs your favourite hunting environment? What do you hunt? It doesnʼt matter: with the “Silver Selection”, the RWS brand has definitely something for you...

Those hunters always looking for the “magic shot”, the “silver bullet” that will always offer the best results and performances, no matter whatʼs the game or the environmental hunting conditions, the RWS brand of the German Dynamit Nobel/RUAG Ammotec GmbH group has a great new surprise for 2012: a brand new line of high-precision ammunition capable to deliver the best performances in accuracy, range and stopping power available on the market today. 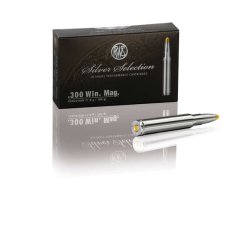 The RWS technicians christened their new brainchild as the “Silver Selection”, and thatʼs definitely an appropriate name, as they incorporate the highest levels of quality and technology that the century-old German brand has ever developed all throughout history.

The RWS “Silver Selection” ammunition is available in five calibers: .308-Winchester, .300-Winchester Magnum, .30-06 Springfield, 9,3x62 and 9,3x74R − the five most common big game hunting chamberings in Europe. Launched after a years-long research-and-development phase, the “Silver Selection” line is surely due to become a favourite between the most demanding and unforgiving hunters, thanks to its plethora of five important technical revolutions that set them apart from the competition.

RUAG Ammotec GmbH - RWS Munition
A cutaway RWS “Silver Selection” round of ammunition: their production follows the strictest quality procedures, and is carried on with state-of-the-art technologies

The cartridges of the "Silver Selection" are charged with the patented EVO bullets of RWS, which consist of a brass tip (rapid-X tip), a bonded lead core and a nickel-plated copper jacket.

Said combination is more environmental-friendly than the most direct competition products, given the compact proportions of the ball itself that will reduce the possibility of fragments dispersion to a minimum; it also makes the mullet more effective, as it will keep it more stable all through the cruise phase, will maintain a flat and linear trajectory and will ensure an effective energy transmission and expansion once the target is hit, increasing the chances to get a first-shot clean kill.

The nickel-plated jacket will further safeguard the gun barrel, as its consistency will reduce attrition and thus rifling consumption to a minimum, and will prevent fastidious, hard-to-remove debris from peeling away from the bullet itself while travelling inside the barrel and from creating fouling deposits between the grooves, whose cleaning notoriously requires long and extensive procedures.

The case features the same nickel plating, and thus ensures the same levels of cleanness and safeguard for the chamber. The propellant of the RWS “Silver Selection” ammunition is a RUAG-patented highly effective compound that offers superior range performances in comparaison with the most notorious and direct competitors. Named the “Flash Control”, the new RUAG propellant also features peculiar chemical properties that will reduce muzzle flash and smoke emission from the barrel − this meaning that factors allowing possible preys to spot the shooter will be reduced to a minimum, and so will be the probabilities for the shooter himself/herself to be left dazzled by his/her own shots when hunting in low-light conditions.

Last, the RWS “Silver Selection” ammunition feature a RUAG-patented “Super Clean“, primer, tested for utter reliability even at the most extreme temperatures, will bring all probabilities of a dud or a retarded priming next to zero, will drastically reduce the emission of hot powders from the part of the gun that remains closer to the shooter when firing, and more generally will drastically cut the levels of fouling that might hinder the work of the gun itself. 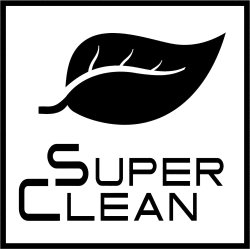 From now on, hunters and sportsmen looking for the best ammo line for the next season will have a hard time in finding a reason why they shouldn't choose the RWS “Silver Selection” in the first place. Once again RWS hits the spot, and sets the standards by which all competitors − present, past and future − will be judged.