Firmly at the top of Winchester's ammunition line, the Blind Side shotshells redefine performance in steel shots!

Winchester Ammunition
A Winchester Blind Side shotshell cutaway: all geometries are just perfect...

Many Countries or local jurisdictions in Europe and north America have now banned, or are about to ban, the use of lead-based or "traditional" ammunition in hunting, at least in certain areas such as swamps, marshlands, or otherwise humid environments. The subject is controversial, but lead is universally known as a highly polluting, teratogenic and carcinogenic substance, so the ban − at least as far as it concerns the use of traditional ammunition in humid environments − may not be that far-fetched. This, however, basically forced thousands of duck hunters to turn to steel shots, which not only require specially-proofed barrels that will resist higher levels of attrition and pressure, but also generally frowned upon by many shooters concerned by their lower levels of performances on tissues − that is, lethality on the target − over their lead-based counterparts. 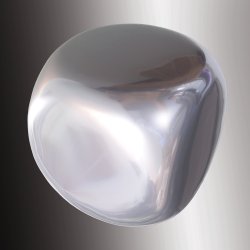 Back in 2011, Winchester seemed to put an end to the quarrel concerning the effectiveness of steel shots over their targets by releasing the ultimate steel-based hunting shotshell. Dubbed the Blind Side, Winchester's premiere ammunition line for hunting shotguns is, as of June 2013, available worldwide, in every Country reached by Winchester's distribution network. The Winchester Blind Side shotshells are available in six variants: two 12-gauge, 89mm "Supermagnum" versions, both sporting a 46g load and achieving a muzzle velocity reaching up to 425 metres per second, differing each others only by the shot number used, be it P1 or P3; one 12-gauge, 3" "Magnum" variant and two 12-gauge, 2.¾" versions, all achieving a 425 metres-per-second muzzle velocity but differing by load grammes − 39g for the 3" version, 35g for both 2.¾" versions − and shot numbers − respectively P3, P2 and P5; and, last, two 20-gauge, 3" variants, achieving a muzzle velocity of 395 m/s and using a 30g load, of either P2 or P5 shots.

Winchester's Blind Side shotshells sport two main features that make them stand above all competitors; one is the proprietary, plastic-made Diamond Cut Wad, that's specific for steel shots, is choke-responsive and will travel farther along with the pattern than any other wad on the market, helping to achieve a superior range; the other, basically the "heart" of the Blind Side shells, is the peculiar design of the HEX SHOT steelshots. These aren't round − they're more like small steel cubes with blunted edges − and the new shape and design of the shots not only modifies their terminal performances, but also allows every single Winchester Blind Side shotshell to contain 40% more metal shots than most of its competitors, not to mention most of traditional lead-based ammunition. This has effects on both short-to-medium ranges and long ranges. At short ranges, it will simply help to put more pellets in the target, effectively achieving instant kills; at longer ranges, it will increase the area covered by the pattern spread, thus allowing to reach out and hit targets that would otherwise be out of reach for a standard pattern. Already available to a gun store near you, the Winchester Blind Side shotshells will give even the fiercest anti-steelshots hunters and shotgun shooters a damn good reason to say: « On second thought...»