SHOT Show 2016 / Prime Manufacturing Group: The newly formed US company PMG presented at the SHOT Show 2016 semi-automatic rifles with the participation of Arsenal Firearms and Salient Arms International. In addition to a Sniper Rifle in .338 LM also auto-loaders are presented in different calibers. Go on reading to learn more about this group 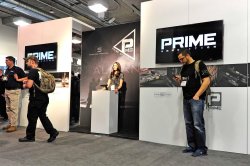 Just as remarkable as the rifle itself is the distribution brand of the rifle at the US market: PMG. The new company from the United States was founded for the SHOT Show 2016. It summarizes the three brands SALIENT, PRIME and ARSENAL FIREARMS in one company.

By now it is a pure US-topic – told us the responsible manager at the SHOT Show. You find further information soon at www.pmgusa.com. How and when this concept comes to Europe, is currently fully open.

At SHOT Show 2016, we lead with Arsenal's fantastic new locking technology, the AF-Speedlock that has been created to move striker fired weapon systems to a completely new level of performance.

Salient combines performance and design with a perfect balance of ergonomics, aesthetics and reliability in Pistols, Rifles and shotguns. SAI has put all their knowledge and skill set into the STRYK A and STRYK B pistols. PRIME Ammunition delivers the extraordinary Match+ Swiss factory loads, designed by PRIME, developed and manufactured by RUAG Ammotec, the European market leader - known for precision, reliability and long lasting overall performance quality.

It’s easy to see why these pistols are going to fly off the shelf. Uncompromised precision, accuracy, reliability, customer service and value are the cornerstones of PMG and a package of technology not seen before on the market! These industry leaders are committed to innovate and create the best weapons platforms available.

Shortly before the SHOT Show 2016 Arsenal Firearms has introduced the Sniper Rifle 338 ASR. This bolt-action rifle is a classic sniper rifle in caliber .338 Lapua Magnum.

Unfortunately, the ASR 338 has not been presented at the SHOT Show 2016.

Built around a precision-machined chassis, Arsenal Firearms' new rifle, dubbed the ASR, was designed from scratch: new rifling, new twist, new land-groove relationship and angles with only one goal in mind – unparalleled accuracy at long ranges, specifically with 300 grains bullets, not just for civilian sport shooters, but also for military and Police operators.

Here you will find an exclusive video of the new PMG Sniper Rifle 338 ASR:

Another big surprise: the new pistol of PMG

In addition to the sniper rifle 338 ASR, the modified pistol Arsenal Firearms Strike One is presented with a new name and with a lot of technical innovations under the umbrella of the PMG on the market. The new name: Stryk-A. This pistol is currently only a product for the US market.

We just know this: all three brands of the new group will continue to exist for itself but the branding of the individual products are not finally set.

Here you find more information about the brand-new Stryk-A pistol at the SHOT Show 2016. 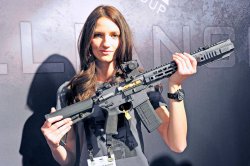 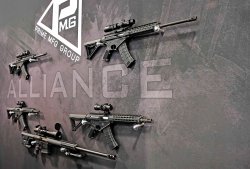 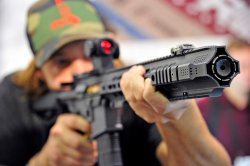 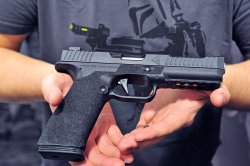 Subscribe to the Newsletter
This article is also available in this language:
DEIT
Click here for more information on the topics:
PMG.338 Lapua MagnumBolt-action riflesLong range rifles SHOT Show 2016