HIT Show 2017 / New from Pedersoli: Whitworth. With its hexagonal core barrel, the British Whitworth .451 rifle redefined the concept of long-range precision. It was the first gun in military history to be fitted with a scope and used by sharpshooters.

Pedersoli's latest innovation is called Whitworth. Thanks to the hexagonal profile, the British Whitworth carbine in the .451 caliber ensured a whole new precision in shooting at long distances. It was the first weapon with target optics. It was issued to selected shooters.

In 1854 Engineer Sir Joseph Whitworth designed a rifle for the British army to replace the Enfield Pattern 53. He started working on a .451 caliber gun, the barrel of which had an internal hexagonal profile. This innovation made the Whitworth rifle more precise than any other rifle of its time.

Whitworth’s design, which today we call “polygonal rifling”, swept the competition away during the 1859 tests and was used by Queen Victoria, who easily shot a target at a range of 366 m at the first British Rifle Association meeting.

During the American Civil War, it was used by confederate sharpshooters, who were hence given the name Whitworth Sharpshooters. It’s considered the first ever “sniper” rifle. Despite the excellent precision of the Whitworth rifle, the British army stopped using it as it was prone to barrel fouling and the gun was considered too costly to equip troops with.

Today, Davide Pedersoli presents his own version of the gun with a 914 mm (36 inch) hammer-forged barrel and a brown finish. The stock is made of American walnut with pale tortoiseshell furniture.

The recommended retail price is around €1,500.

Subscribe to the Newsletter
This article is also available in this language:
DEIT
Click here for more information on the topics:
Pedersoli DavideHistorical FirearmsHIT Show - Fiera di VicenzaLong range shootingReplicasRifles
That might interest you too: 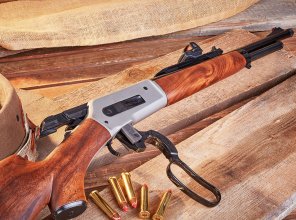 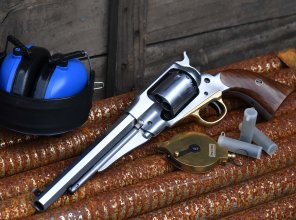 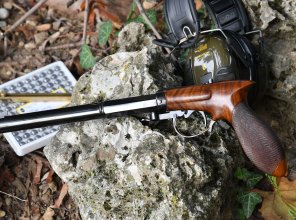 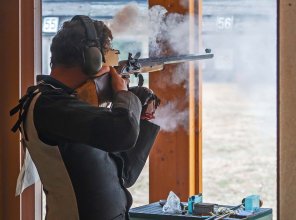 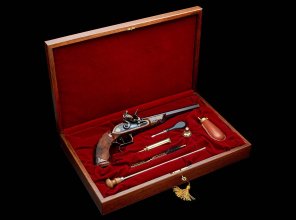