Mistakes must be paid for: an US Army sergeant will now face charges for destruction of government property during a parachute training exercise last year. The episode was captured on a video that went viral on the Web. 3 Hummvees crashed on the ground. We'll tell you why and show you all details in a stunning video.

Everybody makes mistakes. But when your actions result in 660,000 US dollars in damage, you have made an epic mistake. Last year, a video of three Humvees (the military version of the Hummer H1) plunging to their doom from a fleet of C-130s during an Army parachute jump in Germany quickly went viral on the Web. Between Facebook and YouTube, the footage has been viewed more than three million times. 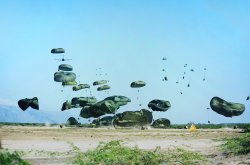 3 Humvees smashed on the ground: The incident took place in Germany during the annual Saber Junction training exercise

Officials has announced that a US soldier based in Vicenza, Italy, is facing charges for the incident in which three Humvees – some 220,000 USD worth each - were destroyed during a supplies drop. Sgt. John Skipper of the 173rd’s 1st Battalion, 91st Cavalry Regiment has been charged with destruction of government property and making a false official statement regarding his conduct during the episode. 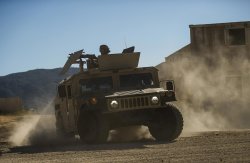 The High Mobility Multipurpose Wheeled Vehicle (HMMWV), or Humvee as it is colloquially called, has supplanted the old Jeep in the US Army and many other armies.

If convicted, Skipper could face a maximum penalty of 10 years in prison, along with a dishonorable discharge and forfeiture of pay and allowances.

The High Mobility Multipurpose Wheeled Vehicle (HMMWV), or Humvee as it is colloquially called, weights around 5,200–5,900 lbs (2,359–2,676 kg) depending on versions and has supplanted the old Jeep in the US Army and many other armies.

On April 11, 2016, three Humvees were rolled out the backs of C-130 Hercules transports over a field in Hohenfels (Germany) and slipped from their riggings as their parachutes deployed. Each vehicle was utterly destroyed. 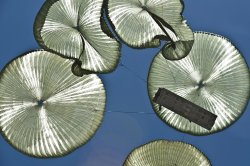 all 3 Humvees slipped from their riggings as their parachutes deployed and plummeted to the ground. 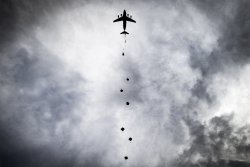 The jump was part of the annual "Saber Junction" training exercise, which in 2016 featured nearly 5,000 participants from 16 NATO and European nations. The Vicenza, Italy-based 173rd Airborne was the focus of that rotation, and the goal was to evaluate and certify the unit’s readiness to conduct unified land operations “with an emphasis on tactical interoperability among the Allied and partner-nation forces,” according to the Army.

The charges suggest the failed drop was due not to malfunctions, but to human mistakes. In fact, in addition to the Humvees, the C-130s dropped 150 supply bundles, vehicles, communications equipment and weapons systems: all floated safely to ground. The Humvee is designed for airdrops in the battlefield - but to allow this under safe conditions the preparation must be professional.

What’s even worse than the severe mistakes of the responsible people, is the commentary accompanying the video, cheers and laughter from the filmmaker and his pals accompany the free-fall of the three Humvees: “Burn in, baby!” one of them comments in amusement. Definitely not the kind of behavior expected from professional soldiers in such a situation.

Subscribe to the Newsletter
This article is also available in this language:
DEIT
Click here for more information on the topics:
Pro-zoneCulture
That might interest you too: