With the “Legion” pistol models, SIG Sauer offers some great variations on the popular classic P226 theme. In addition to the Legion with its DA/SA triggering, the manufacturer also offers the quite remarkable P226 Legion SAO. But what makes this service pistol in 9 mm Luger caliber special? We have subjected this pistol to extensive testing.

A new, remarkable pistol with a caliber of 9 × 19 mm is now available to the European market in the form of the SIG Sauer P226 Legion SAO from the USA. 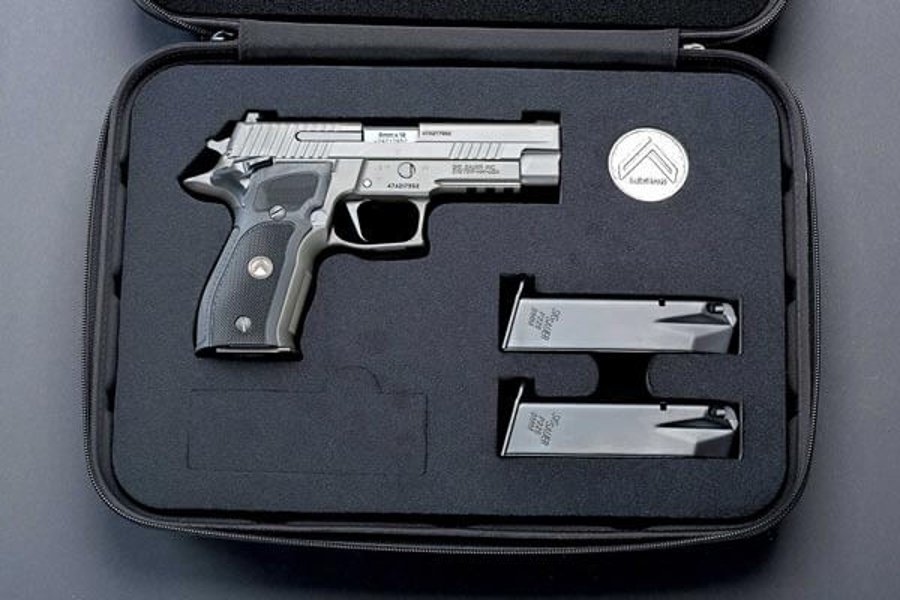 The SIG Sauer P226 Legion SAO pistol is delivered in a gray transport case with a matching inner lining which also accommodates two reserve magazines and a legion medal.

The P226 SAO from the recent “Legion” series already looks good from a visual perspective: the most striking features are the anthracite-gray PVD surface coating and the flat, easy-grip G10 handle. Far from being just visually pleasing, the straight trigger blade also provides a large contact area for the index finger. But how does the Legion SAO differ technically from the conventional SIG Sauer P226 pistol models? 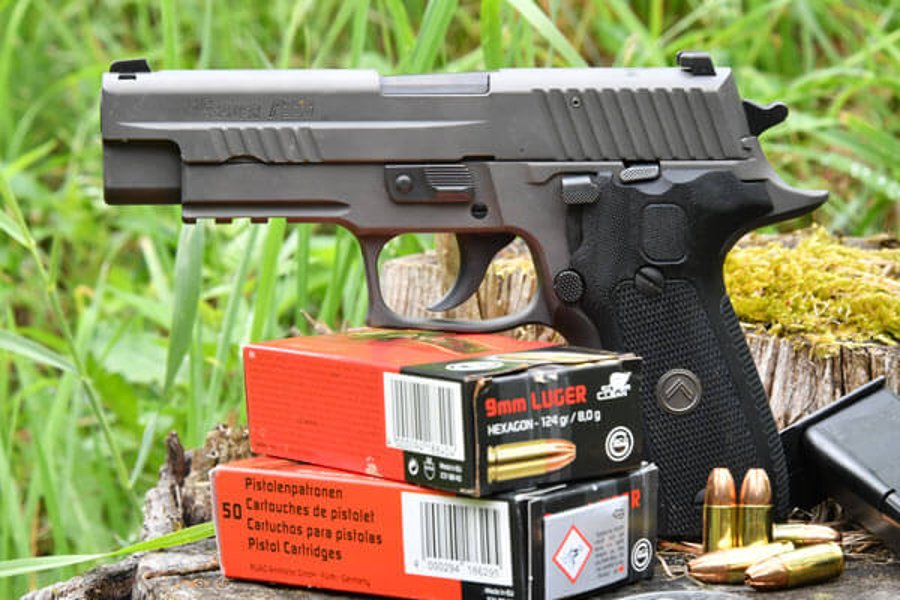 SIG Sauer P226 Legion with the DA/SA combination. This pistol with its 9 mm Luger caliber is already a beautiful gem. 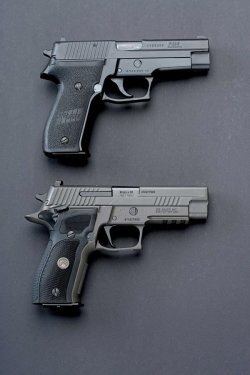 The most important difference from a technical perspective is probably the triggering system: the classic double-action/single-action (DA/SA) combination with the automatically returning uncocking lever is not present, as the model name of the P226 Legion SAO (“Single Action Only”) already suggests. The pistol is equipped with a pure single-action trigger with an ambidextrous safety. The straight trigger blade looks really great and feels even better. Presumably SIG Sauer’s intention is to make this service pistol with German roots more attractive to shooters nurtured with the 1911.

In the US, the SIG Sauer P226 Legion service pistol is also available with the DA/SA combination and even in the in-house caliber of .357 SIG as well as in .40 Smith & Wesson. Since the SA version does not feature an uncocking function, the left-sided elevation in the upper area of the handle can also be dispensed with. The result: the handle is even more ergonomic.

The ambidextrous thumb safety is standard to the P226 Legion SAO model. With the semi-automatic SIG Sauer P226 Legion pistol with its DA/SA trigger you will find neither an ambidextrous safety nor a straight trigger blade. Old connoisseurs of the SIG Sauer P226 will also notice that the now external extractor is designed so that it is hinged. With the P226 in its classic design, this feature is built internally and is also in a state of self-tension. Exactly in the same way that is known, for example, from the 1911 models.

The SIG Sauer P226 Legion SAO service pistol relies on a sight with two white, non-luminescent twilight markings. However, with the Legion the impact point position can only be corrected by moving the sight elements laterally or by exchanging them.

At a trigger pull of around 1,400 g, the single-action trigger induced a small amount of creep after the pull-off during testing. Including the magazine, the total weight of the weapon is 975 g, while the barrel length is 112 mm. In the 9 mm Luger caliber, the magazine of the SIG Sauer Legion SAO can contain 15 cartridges. 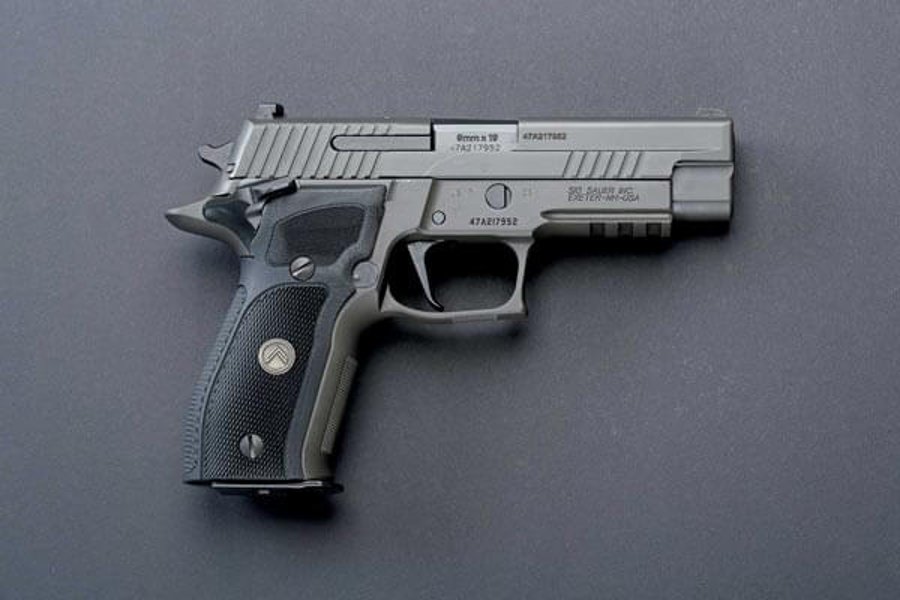 The SIG Sauer P226 Legion SAO with a 9 × 19 mm caliber is a must for the most demanding shooters.

How well does the SIG Sauer P226 Legion SAO pistol perform in the shooting test? 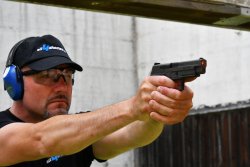 One thing to mention first: the pistol revealed no functional defects during the entire test. To check the shooting performance of the SIG Sauer P226 Legion SAO we made our way over to the shooting range. For precision checking we selected 8 loads, including 2 handloads, with bullet weights ranging from 100 to 147 grains. 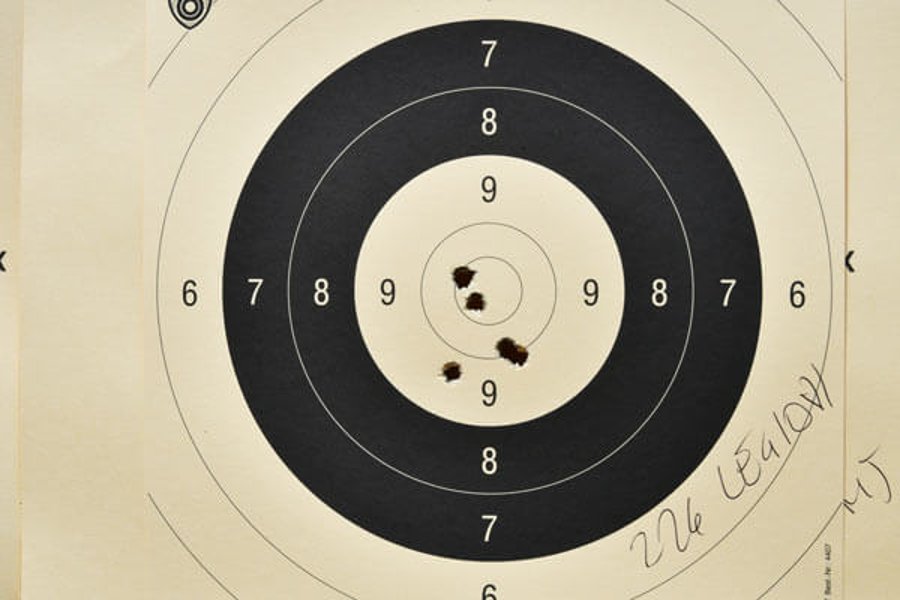 The SIG Sauer P226 Legion service pistol made a good impression on the shooting range. 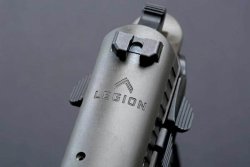 The “Legion” lettering adorns the slide of the SIG Sauer P226 Legion SAO on its topside.

The SIG Sauer P226 Legion SAO service pistol with its pure-bred SA trigger is already something special. The weapon may be of interest to those shooters looking for a service pistol with the handling characteristics of a 1911. However, let there be no doubt that the pistol is indeed optimized for performance. In keeping with the zeitgeist, the gun is equipped with picatinny rails to accommodate additional equipment. It meets the requirements of even the most demanding sport shooters and is a top performer for various disciplines in dynamic IPSC shooting involving handguns.

However, if you want to make a SIG Sauer Legion your own, you’ll have to dig deep into your pockets. The regular list price is €1,999.

For further information on SIG Sauer handguns, please visit the website of the manufacturer.

Subscribe to the Newsletter
This article is also available in this language:
DEIT
Click here for more information on the topics:
SIG Sauer9 mm9x19 mm (9 Luger)PistolsSemiautomatic pistolsTest
That might interest you too: