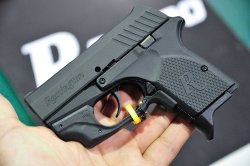 Franco Palamaro
A version of the Remington RM380 with a factory mounted and zeroed Crimson Trace red touch laser is also available, at a retail price of 638 US Dollars.

Remington presented its new double action only subcompact semiautomatic pistol, the RM380. Based on the older Rohrbaugh R380 pistol, a company that Remington acquired back in 2014, the new RM380 has been redesigned adding welcomed new features – such as a thumb operated magazine release on the grip rather than on the heel - and improving the general design for quality and reliability.

The Remington RM380 is chambered for the increasingly popular .380 ACP round, and features a fully locked, Browning type tilting barrel design, a fully functional slide stop, ambidextrous magazine release control, anti-snag fixed sights, a well-designed beavertail pistol grip with a checkered front strap, glass filled nylon grip panels, and a 6 round single stack magazine. The frame is built out of anodized aluminum, while the slide and 2.9” (73mm) long barrel use 410 stainless steel, for an all-metal construction.

The double action only trigger has a long and smooth travel for safety and shootability.

Subscribe to the Newsletter
This article is also available in this language:
DEIT
Click here for more information on the topics:
Remington Arms.380 ACP (9 Short)Personal DefenseSemiautomatic pistolsSHOT Show 2016
Rechte Seitenspalte: 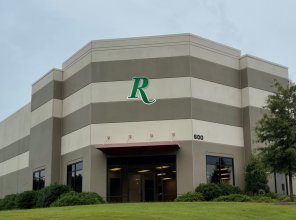 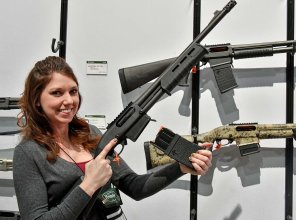 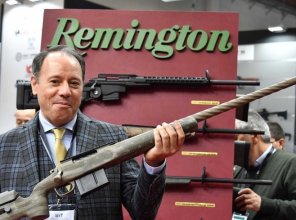