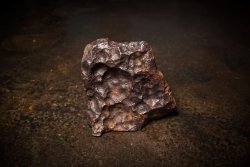 Building on their success from setting a world record earlier this year for the highest price ever paid for a new pistol, Cabot Guns is now set to shatter records with an offering of a mirror image set of pistols constructed from a 4.5 billion-year-old meteorite.

Earlier this year, Cabot Guns acquired a 35 kg portion of the prized Gibeon meteor which met the size characteristics for the project, and a three-dimensional laser scan of it was taken to plan the cuts required to make each component of the pistols in a process analogous to cutting a rare diamond.

The result was a fully functional 1911-type pistol that overcomes the numerous technical issues tied to the use of meteorite in the manufacture of a firearm.

The pistols will likely be sold at auction and without a doubt will be the crown jewel of any museum or private collector interested in either meteors or firearms. Cabot Guns has been offered $250,000 from a collector based on concept alone but estimates on the value have ranged from $500,000 to over $1,000,000.

Subscribe to the Newsletter
This article is also available in this language:
DEIT
Click here for more information on the topics:
Cabot GunsSemiautomatic pistolsSHOT Show 2016
Rechte Seitenspalte: 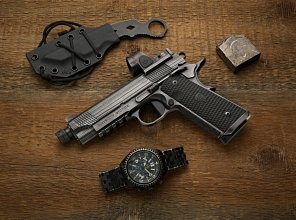 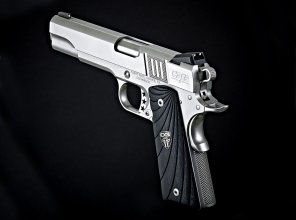 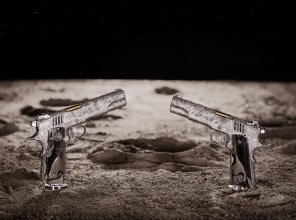