The U.S. Department of State is considering a gag on firearm-related speech on the Internet

The latest Department of State ruling may subject all firearm, ammunition and accessory-related talks on US-based Internet pages to the international arms trade regulations 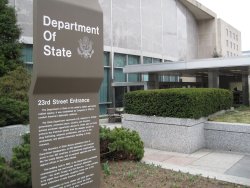 Bethany Swain
This latest regulatory assault, published in the June 3 issue of the Federal Register, would subject online blogs, videos, and web forums devoted to the technical aspects of firearms and ammunition to prior review by State Department

"How could that happen in America?" would sound like a rhetoric question or something that the character of a political thrilling movie could utter − but these days, right now, it is being asked insistently all around the world of gun enthusiasts and the Internet community, and even by the mainstream Media, as news spread of a new proposed ruling from the Department of State, published on the June 3rd, 2015 issue of the Federal Register.

A little background explaination of the current laws and regulations regarding the export of certain goods and informations from the United States is required to fully understand the extent of the danger this ruling proposal poses to both gun rights and freedom of speech rights; but it is clear to basically everybody that, should it be adopted and applied with the force of law, it could potentially force all American gun-related websites to make themselves unaccessible from the rest of the world and would constitute a precedent that would undermine the concept of "public domain" and of the free exchange of informations over the Internet.

As business operators in the fields of firearms, ammunition and related accessories know very well, the export of many goods from the United States of America are regulated by ITAR, the "International Traffic in Arms Regulation", which implement the 1976 AECA ("Arms Export Control Act"). ITAR regulations have been modified multiple times during the years, and are enforced by the United States Department of State.

What many do not know, however, is that, over-simplicistically put, ITAR also regulates the "export" (disclosure to non-U.S. citizens) of so-called “technical data” about defense articles. These include, among other things, "detailed design, development, production or manufacturing information about firearms or ammunition. Specific examples of technical data are blueprints, drawings, photographs, plans, instructions or documentation".

That which would basically mean that it would be legally impossible for journalists like us at all4shooters.com to inform our readers outside of the United States about whatever "new and cool" comes from the American gun industry, as the Department of State feels that those are "technical data" whose knowledge must be restricted to U.S. citizens only; similarly, the industry itself would be prohibited from disclosing informations about many products to the international knowledge without a clearance from the Department of State. 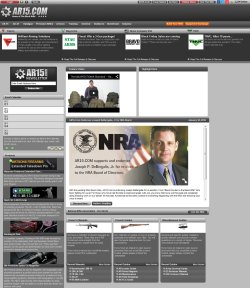 AR15.com
Many popular US-based, gun-related websites may be forced to block incoming traffic from non-US visitors or providers

So, how can foreign journalists still cover the U.S. gun industry and market? Very simple: ITAR does not regulate technical data that are in what the regulations call the "public domain". Essentially, this means data which is "published and which is generally accessible or available to the public" through a variety of specified means, including "at libraries open to the public or from which the public can obtain document”; many have read this provision to include material that is posted on publicly available websites, since most public libraries these days make Internet access available to their patrons.

But here is the trick. Since the AECA was written in 1976, the Internet is not specified as a "public domain" source. Thus, officials at the Department of State are now insisting that anything published online in a generally-accessible location has essentially been “exported,” as it would be accessible to foreign nationals both in the U.S. and overseas. As such, the Department of State has formulated a proposal that would basically forbid any data about ITAR-restricted items that is not already been "released to the public domain" from being published on US-based websites without approval from the Department of State, unless the publishing website is blocked from non-US access.

This immediately led the Institute for Legislative Action (ILA) − the lobbying arm of the National Rifle Association − to raise an alert on its website.

Why? Well, simply put, because should this ruling be enforced, all websites based in the United States or managed by an American citizen that would publish informations on any article that is included in the United States Munitions List or is otherwise ITAR-restricted will have to ask an authorization from the Department of State for every single post or content covering information that is not already in the public domain, if it wishes to be accessible from outside of the United States; alternatively, the website should be blocked from non-US access.

In a nutshell, that would mean that US-based gunmakers and manufacturers of ammunition, accessories and other ITAR-restricted products would no longer be able to publish pictures, informations, specifics relating their new products without an authorization from the Department of State; gun-related boards and websites, Facebook pages, and many others will also be forced to comply to said restrictions, unless they make themselves unreachable from foreign Internet users. 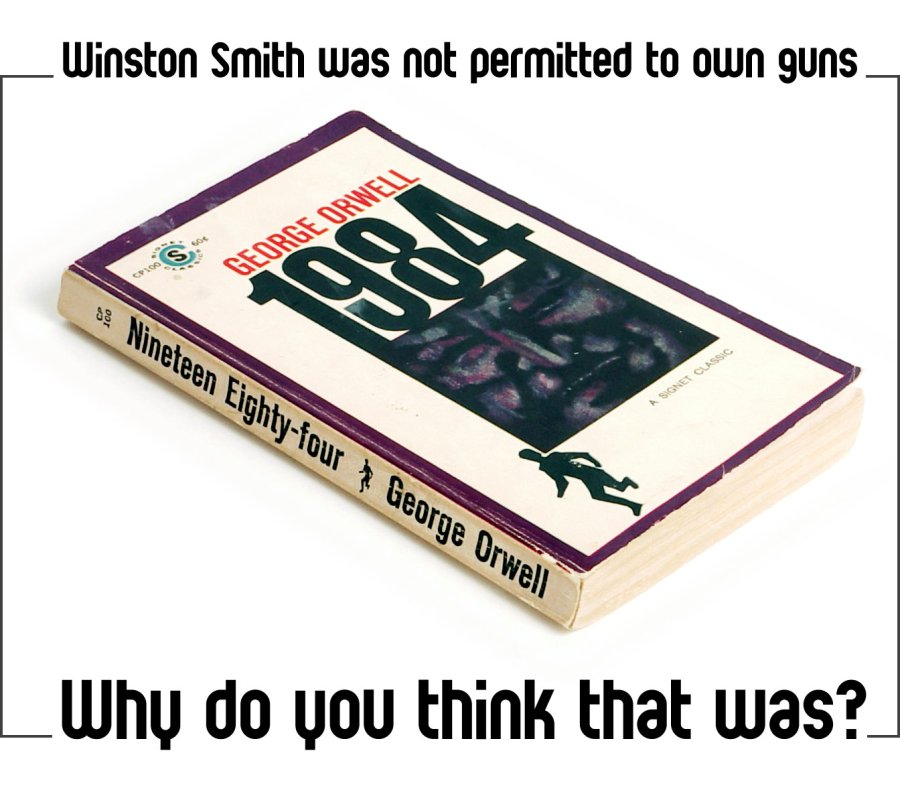 Oleg Volk
Such a restrictive ruling proposal − a de facto Internet censorship! − is more fit to a dictatorship than to the "Land of the Free"! 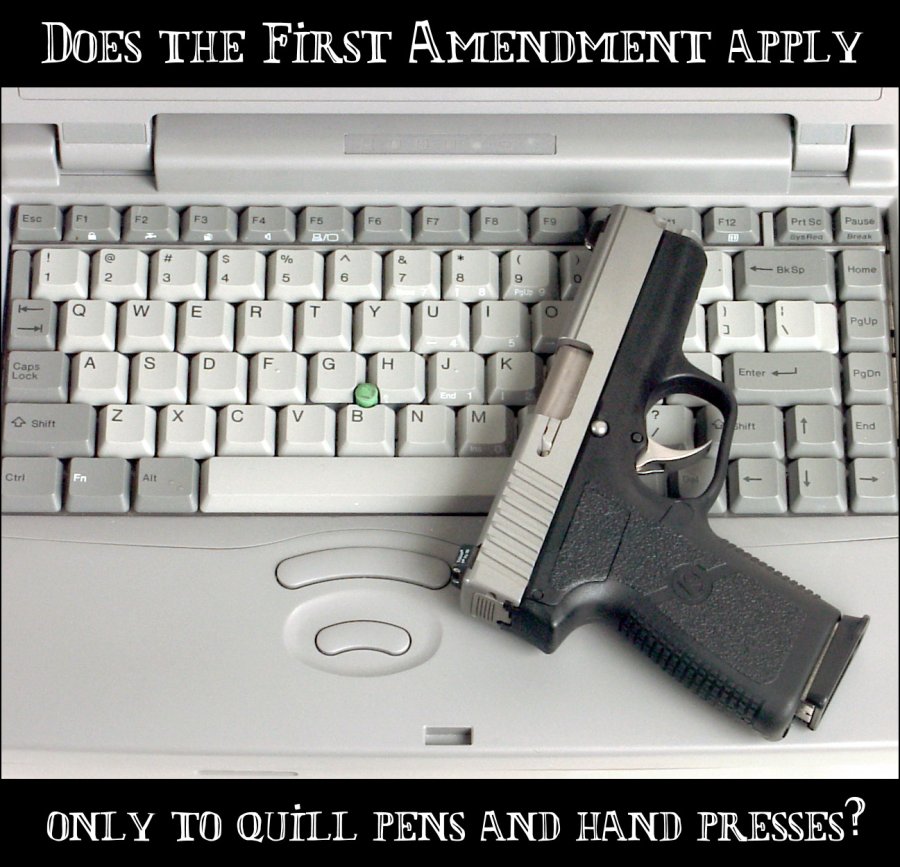 Oleg Volk
After learning of this, do you have any further doubt about the First AND the Second Amendment being so essential to one another? Fight to defend them! 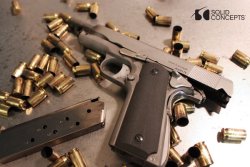 Solid Concepts, Inc.
Even 3D firearms models, such as those found in videogames, would become subject to ITAR!

Penalties for the violation of ITAR restrictions concerning the "export" of "technical data" regarding ITAR-restricted goods are severe: over-simplifying, webmasters of said sites and authors of said posts would risk twenty years in jail and a 1 million dollars fine for every single post or content that is considered an unlawful export of "technical data" as per ITAR regulations.

This also includes any "instruction" that could be used to manufacture, assemble and use firearms, ammunition, components, and all ITAR-restricted ammunition and accessories: think of YouTube video tutorials for disassembly, stripping, cleaning and maintenance; tutorials on the use of optical sights and hand-reloading of ammunition; and even 3D models of firearms found in popular videogames such as those of the "Call of Duty" and "Battlefield" franchises, as they could be used as models for foreign industries to manufacture said firearms.

Now, the fact that the proposed Department of State ruling is so vague and complex that it took fourteen pages of the Federal Register to be explained is leading some observers to think that the disastrous effects over the Internet − basically turning the ruling into a gag order, a true piece of Internet censorship regulation − may be sincerely unintended; sources state that the intent of said proposed ruling would be to clarify whether a foreign national employee of a Company operating in an ITAR-regulated or restricted field could leave the Country on official business, or whether said Company could host its data on a cloud storage which might be in a foreign Country or accessible from abroad.

The problem is that the Department of State bureaucrat that materially wrote down the proposed ruling did not define it, coming out instead with a vague definition that includes the entire Internet, not just cloud storage services, which the draft specifically references many times, but does not define.

Other observers, such as the NRA, instead consider this to be another masked attack at gun rights carried on by the largely anti-gun Obama administration − a regulatory assault so severe that it would institute a massive new prior restraint on free speech and First Amendment rights, as all information releases would require the prior authorization from the Department of State.

Moreover, the cumbersome and time-consuming process necessary to obtain said authorization, would make online communication about certain technical aspects of firearms and ammunition essentially impossible. Gunsmiths, manufacturers, reloaders, and do-it-yourselfers could all find themselves muzzled under the rule and unable to distribute or obtain the information they rely on to conduct these activities. Prior restraints of the sort contemplated by this regulation are among the most disfavored regulations of speech under First Amendment case law.

Lucky thing is, this disaster can be prevented. Once a ruling proposal is published in the Federal Register, it cannot be enacted before a reasonable period of "public reaction" is passed; whether the danger to free gun-related speech on the Internet posed by this disastrous proposal is purposeful or unwanted, American citizens and all foreign permanent residents in the United States can send comments against it.
So, if you are an American citizen or a foreign citizen enjoying a permanent resident status in the United States of America (that being, if you have a "Green Card"), you need to speak out!

Your Second Amendment and First Amendment rights are at stake, but you can let your voice be heard: submit your comment about this proposed disastrous ruling through the dedicated website and E-Mail address!

Time is of the essence! Public comment will be accepted on the proposed gag order until August 3, 2015!

Click here to submit your comment about this proposed ruling on Regulations.gov (U.S. citizens and permanent residents only)

Click here to submit your comment about this proposed ruling by sending an E-Mail at DDTCPublicComments@state.gov with the subject line "ITAR Amendment—Revisions to Definitions; Data Transmission and Storage.'' (U.S. citizens and permanent residents only) 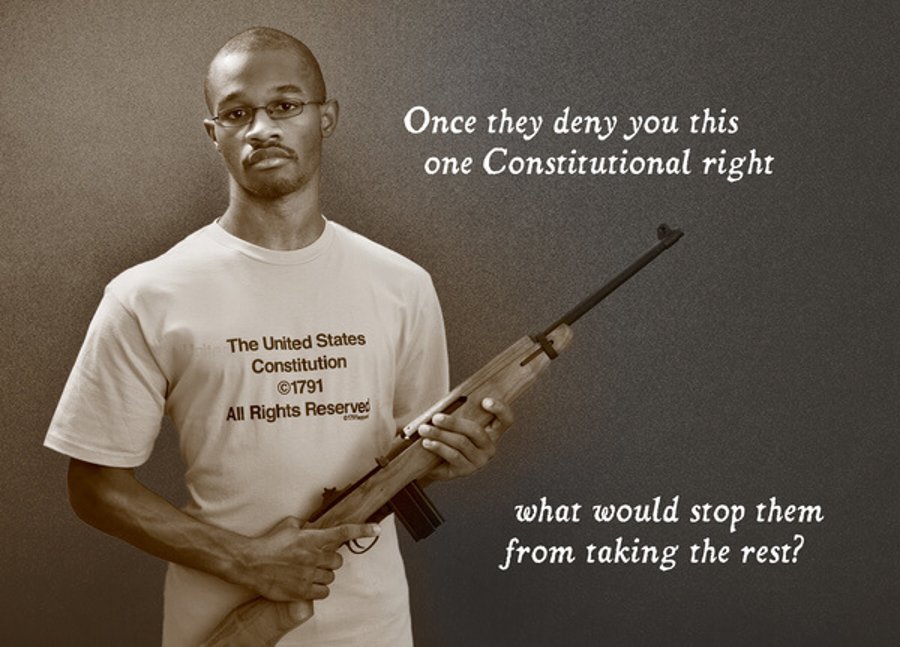 Oleg Volk
U.S. citizens and foreign citizens with a permanent resident status in the United States can comment the ruling proposal and oppose it... but time is running out! The deadline is set for August 3, 2015!
Subscribe to the Newsletter
This article is also available in this language:
DE
Click here for more information on the topics:
LawAmmunitionHuntingOpticsPersonal DefensePistolsRevolverRiflesShotgunsSport Shooting
That might interest you too: