While the State of Texas implements open carry laws, the National Shooting Sports Foundation (NSSF) comments Barack Obama's orders on firearms.The US president asserts his rights, bypassing Congress. Only he can exacerbate the weapons right now, after he has for years failed because of the opposition of the Republicans 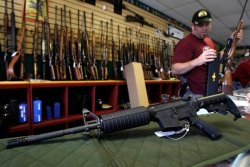 Shannon Stapleton
"Too many" guns in America, and "too easy" to obtain, according to a tearful Obama

Announced on January 5th, 2016 by a tearful Barack Obama, the White House's executive orders on firearms were hailed by the mainstream media (particularly in Europe) as a "solution" to America's "problem with guns".

It's actually adamant to whoever has read them and to whoever knows the American system how said orders are not much more than a publicity stunt, with little real-life effect − particularly given how the right to keep and bear arms is clearly enshrined in the U.S. Constitution and how the way U.S. gun laws are written leaves too little in the way of leeway for executive interpretation.

By any means, less than twenty-four hours later, the National Shooting Sports Foundation − the trade association for the firearms and ammunition industry of America − issued a commentary on said executive orders, as follows. 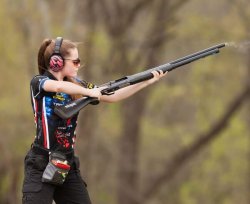 We all share the goal of reducing the intentional misuse of guns and enhancing the safety of our communities. As the trade association for the firearms and ammunition industry, the National Shooting Sports Foundation (NSSF) will carefully review all aspects of the executive actions that President Obama announced today. Much remains to be spelled out. In the interim we have some initial reactions:

NSSF will have additional responses in the days, weeks and months ahead, especially as federal departments and agencies begin the work of carrying out the executive orders. 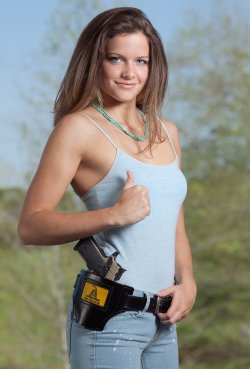 Oleg Volk
In the meanwhile, the State of Texas enacted its laws on open carry on January 1st, 2016

The executive orders − also commented by the NRA and JPFO − came as the State of Texas enacted its new carry laws, becoming the forty-fifth U.S. State to allow open carry of defensive firearms.

Denounced by the European mainstream media as a "Far West" law, the new Texas open carry law is all but that.

Starting 2016, law-abiding Texas citizens holding a valid concealed carry license (which is granted only after an extensive background check and a course that includes a shooting class and test) will be free to decide whether they want to carry their legally-owned defensive pistol open or concealed.

The State of Texas is one of the hottest in the United States, and wearing long clothes to conceal a lawfully-carried defensive weapon can be very uncomfortable, but this is not the main reason why Texans hailed the new open carry law. Simply put, law-abiding Texans were sick and tired to have to hide their exercise of a constitutional right − and open carry is considered as the quintessence of the right to bear arms.

Oleg Volk
January 1, 2016: Holders of a concealed carry license in the State of Texas will now be free to carry their defensive firearm.

This just goes to show how hard will it be to anybody to trick Americans into accepting any limitation to what they see as the right that keeps all other rights safe from tyranny.

In the meanwhile, on the other side of the world, while the European Union plans a massive gun ban attempt, the German city of Cologne was shocked by a wave of over ninety sexual aggressions during the New Year's eve; and while the President of the United States cried in front of the cameras for how America has "too many" guns and "too easily" accessible by the "wrong" people, North Korea tested its first H-bomb.

Our suggestion to President Obama and to the European Commission is to stop attepting to impose limitations on the purchase, ownership and carry of the most effective tools of self-defense, and to shift their attention to much more pressing national and international security issues. As long as lawmakers will focus on depriving law-abiding citizens of their rights, it should not come as a surprise if more and more citizens will decide that they don't feel safe without a firearm. 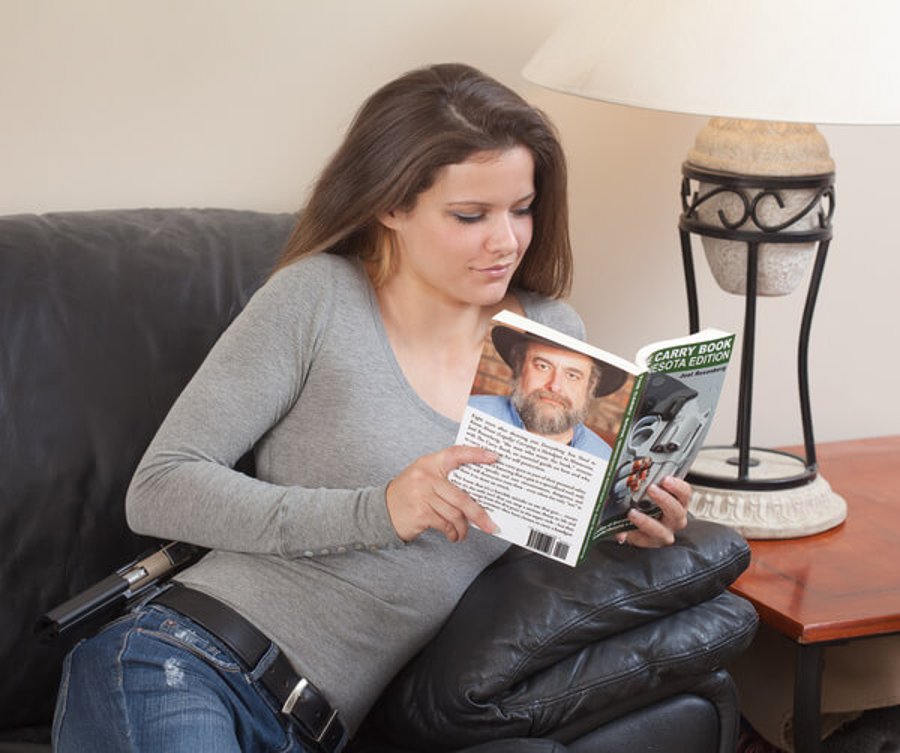 Oleg Volk
The American People will hardly give up, or accept any limitations to, their Constitutional right to keep and bear arms − which is also a mainstay of the American national culture!
Subscribe to the Newsletter
This article is also available in this language:
DE
Click here for more information on the topics:
LawOpen carryPersonal Defense
That might interest you too: