The Firearms United network raises once again an alert on the proposed EU gun ban and on its relentless progress! 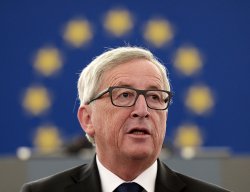 Politico SPRL
According to Firearms United's sources, the European Commission has no intention to back off, and is willing to do anything to make its proposed gun ban a reality

Following a briefing with its well-informed sources − whose nature can not be specified to maintain OPSEC while they closely monitor the progress of the proposed EU gun ban in Brussels − the Firearms United network is once again raising an alert about the proposed restrictive amendments to the European Directive on firearms and on the forces that are relentlessly working to disarm the honest citizens of Europe.

This latest wave of alarming news should be immediately bought to the attention of all the shooters' communities of Europe, as well as to all the industry and gun distributors' associations to encourage a stronger sense of unity and proactive actions in defense of our rights.

In January 26, 2016, the European Economic and Social Committee (EESC) issued a paper outlining its opinions on the proposed EU gun ban. Needless to say, the document is overtly in favor of the European Commission's gun ban proposal, and turns totalitarian in its praise of the British and Australian-style gun bans and in-famous forced buyback operations. In the mid-1980's, the mid-1990s and the early 2000s, Australia and the United Kingdom carried on sweeping gun bans and forced law-abiding gun owners to turn in their firearms − for no other real reason but out of sheer mistrust against common citizens − in exchange of a small monetary compensation.

Those buybacks violated the British and Australian citizens' rights and deprived them of legally-owned properties as knee-jerk reactions to tragic events, but neither the British nor the Australian gun bans and buyback prevented further gun crime or mass shootings. 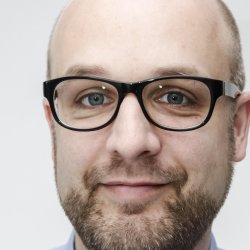 Christian Moos
Christian Moos, President of the EESC's Study Group on "Control of the acquisition and possession of weapons"

In order to justify its otherwise unjustifiable stand with the Commission, EESC wrote down a report full of purposefully fabricated data and false informations − most of whose had already been debunked by Firearms United's own researches − about the urgent need to impose further limitation to gun licenses and to licensed gun owners, as well as to the Web-based trade of firearms and components, based on the twisted opinion that "The availability of weapons enables people to act on their homicidal impulses and commit mass murder."

Among the many false and fabricated data quoted to be found on the EESC document, an UNODC data elaboration would seem to suggest that "Legally-obtained firearms have been used in 63.000 murders in the past 10 years" all around the European Union − but this couldn't be further from the truth. UNODC itself states clearly that the last 10 years saw 66.000 murders overall in the 28 EU-member Countries, only 15% of which had been committed with a firearm, regardless of its legal status. According to the assessment of several independent experts, between 2% and 7% of all gun-related murders was committed with legally-owned firearms, but all of those murders were committed in such circumstances (eg. family-related crimes) that a gun prohibition would not have prevented them, barely forcing the murderers to switch to non-firearms to commit their deeds. 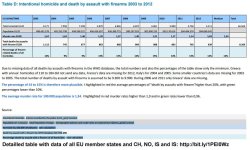 Firearms United
The claims of the EESC, the European Commission and GENVAL couldn't be further from the truth!

Reached by well-known Firearms United member and researcher Katja Triebel, SPD member Christian Moos − chairman of the EESC's study group on the "Control of the acquisition and possession of weapons" − stated in a private E-Mail his position in support with the European Commission's proposed gun ban, outlining how "Common citizens shouldn't have access to semi-automatic firearms that look like an assault rifle".

When asked by Mrs. Triebel for a face-to-face meeting and a data exchange, Mr. Moos threatened Mr. Triebel to report her to the Police for stalking.

This is the kind of people who wants to see us all disarmed: they are afraid of common, law-abiding citizens just as much as they fear, loath and despise the due democratic process that may get in their way. 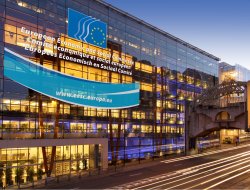 But what is exactly the EESC, and what does it do? EESC is one of Europe's most useless and most expensive entities, entitled of an ever-increasing budget − over 130 million Euros last year, half of whose were spent in salaries for its personnel and in travel expenses for its members.

In the year 2010, EESC produced 181 "opinion" papers, at a cost of about 660.000 Euros each. Whether or not those "opinion" papers had any effect on the legislative process of the European Union, is currently unknown. But what we know is that travel expenses for the EESC amount to a yearly average of 49.000 Euros for each member.
The main task of the EESC would seem to "get citizens involved" in the legislative process of the European Union, but nothing seems to indicate that the Committee is by any means actively pursuing this objective: all visits to the EESC website amount to 0,35% of all accesses to the europa.eu domain − and data regarding their Social Media presence is by no means better in terms of popularity. Requests for the abolition of the EESC − as well as of another EU entity, dubbed CoR, which officially pursues the same goals, and has had the same degree of success so far − have all fallen on deaf ears so far.
Needless to say, the EESC's expensively-prepared document is unacceptable, totalitarian in nature and based on fabricated data, conflicting with the EU's own hard facts and data as well as antagonizing the opposition that the proposed directive amendment draft has so far met within the European Parliament. 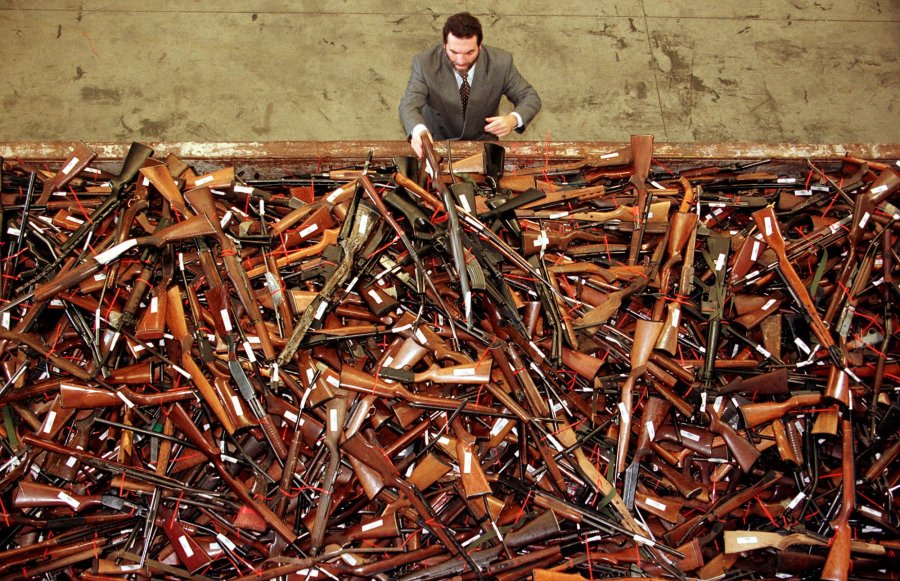 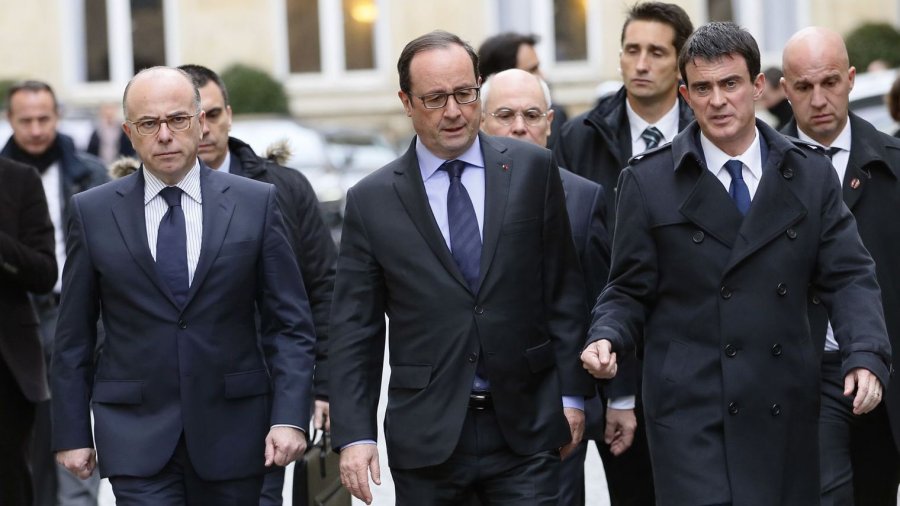 Groupe Altice Média - L'Express
According to informations gathered by Firearms United from the European Council's meeting of last Monday, February 8th, 2016, France would seem to be the most lively supporter of the gun ban proposal 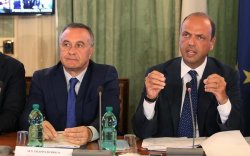 Alessandro Di Meo
A (secret) alliance between the French and the Italian Ministries of Interior would apparently be in place to impose a sweeping, British-style gun ban EU-wide!

Following the European Council's meeting of last Monday, February 8th, 2016, the same sources notified Firearms United that the French government seems to be, so far, the main sponsor and supporter of the planned EU restrictions on legal ownership of firearms.

Discerning observers will quickly realize the motivations behind the French position: the French Government is scared, stunned and confused after two terror attacks in the year 2015 alone shed innocent blood in Paris; at the same time, the French Government is well aware to be still ill-prepared to face any possible further attack, and to be absolutely incapable to prevent similar attacks from happening again in the real future. Hence why they're giving up to knee-jerk, senseless reactions, hoping to reassure a French public opinion that is in full unrest.

Sources also informed the Firearms United that a secret agreement appears to be in place between the French and Italian governments and Ministries of Internal Affairs in order to have said disastrous restrictions passed at an EU level. The goal is to be able to implement restrictions on law-abiding gun owners citing the EU directive as an excuse, without taking direct responsibility for a gun ban that would bring a severe backlash at the polls upon the governments in charge. 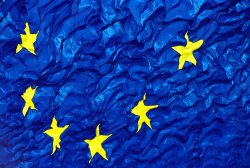 European Parliament
According to the same sources, the European Council's GENVAL group would be willing to endorse the ban proposals as well

It's thus adamant how, in the past months, bot the Italian and the French governments and Ministries of Internal Affairs lied to gun owners and to the respective trade associations of firearms manufacturers, distributors and retailers − maintaining a reassuring facade while scheming behind their backs for their demise for the implementation of a plan for the disarmament of law-abiding citizens that looks like it has been ready for a long time. We can only hope that the gun industry and the gun owners' associations will acknowledge this inconvenient truth and change their Lobbying activities accordingly.

To make things worse, GENVAL − the "Working Party on General Matters including Evaluation" of the European Council − would seem willing to endorse the proposed EU gun ban itself with another "opinion" paper that would add another burden to the lives of law-abiding gun owners all across the EU: mandatory psychological evaluations for the release and renewal of all gun licenses − a measure that would seem to have been openly suggested by the European Commission itself as a reaction against the opposition of European gun owners to the proposed gun ban. According to the sources, the European Commission maintains, quote on quote, that "If they (the gun owners of Europe) are so angry, they must be nuts."
That's just another demonstration of the contempt and disregard that a small élite of non-elect bureaucrats holds against the People of Europe! 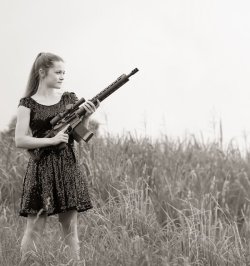 Oleg Volk
It's necessary for all categories of gun owners to get together, now more than ever, to prevent our hobbies and rights from becoming a thing of the past!

On a positive side note, however, the proposed ban is still meeting a massive and widespread opposition at the European Parliament − which holds full power to decide about it! − and should the European Commission and all the other above-mentioned entities insist on imposing restrictions on law-abiding citizens, said opposition is bound to grow even wider and stronger.

In the meanwhile, there's so much you can do to support the fight against the proposed useless, senseless restrictions: express a negative opinion on the EESC's official Facebook page; sign Firearms United's petition on Change.org, if you still didn't; write to your Ministries of Interior, your MPs and MEPs to ask a stern and total opposition to the gun ban proposal; and follow us, and Firearms United, on our official websites and on Facebook, to keep yourselves posted and ready to react about the matter.

It's paramount that you get everybody you know − friends, relatives, fellow shooters, and everybody else − informed and involved to form a common front against the imminent threat we face. Most of all, hunters and other conservative parts of the shooters community need to realize that the proposed ban on modern sporting rifles is only meant to pave a way for a plan that contemplates total disarmament of law-abiding European citizens! 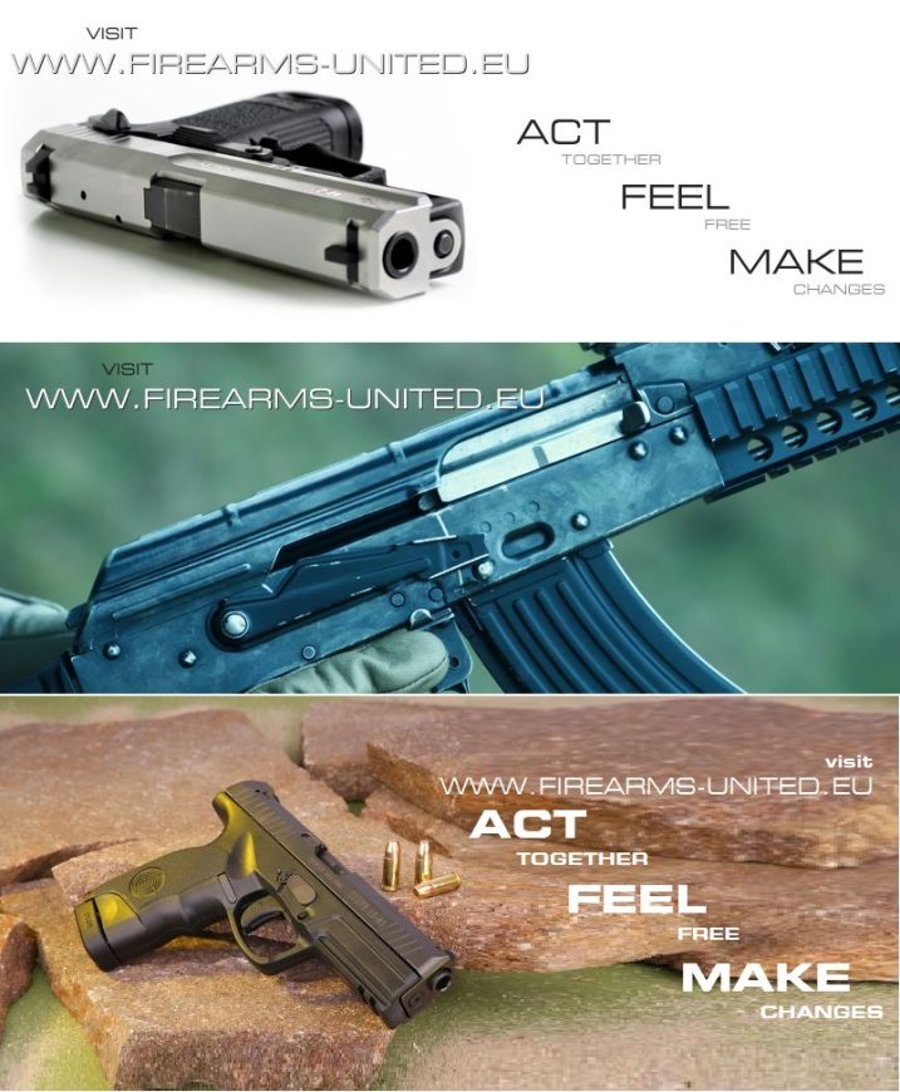 Firearms United
Support FIREARMS UNITED, and its associated national organizations, in all the necessary efforts to prevent this foolish havoc from taking place against our gun rights!

Subscribe to the Newsletter
This article is also available in this language:
DEIT
Click here for more information on the topics:
LawAK-47 KalashnikovAR-15Black RiflesHuntingRiflesSemiautomatic riflesSport Shooting
That might interest you too: