News come from Brussels, and they aren't that good at all: it's time to mobilize again! 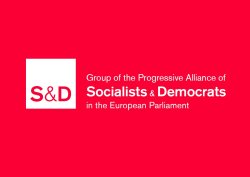 The week didn't start with good news regarding our stuggle against the planned EU's totalitarian gun ban.

The draft report from IMCO President, MEP Vicky Ford, is rumored to be on the edge of being shot down for being "too much pro-gun".

A few days ago, the Civil Liberties, Justice and Home Affairs commission (LIBE) − which appointed Green MEP Bodil Valero as the rapporteur for the EU gun ban proposal − published its own draft report with the collaboration of many left-wing members of IMCO as well. The document still asks for a far-reaching ban of Category B7 firearms (all those long guns and handguns that "resemble" a firearm with automatic mechanisms) and also includes other disastrous provisions.

More specifically, the LIBE committee states that EU Member States should be allowed to enact total bans on all forms of private gun ownership − something that has never been even proposed so far. 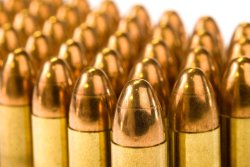 Precision Ammunition, LLC.
The latest idiocy from the LIBE committee: every single component of ammunition should be marked too!

Other critical proposals in the LIBE draft report include high taxes on gun and ammunition sales; a mandatory three-years expiry on all gun licenses; and mandatory marking on all gun parts, all ammunition and all components thereof − that including bullets and brass.

In other news, an important part of the group of the Socialists and Democrats at the European Parliament seems to be taking the side of the gun grabbers. Two S&D MEPs in particular − MEP Sylvia-Yvonne Kaufmann (Germany) and MEP Sergio Cofferati (Italy) − have been reported to be approaching all S&D MEPs one by one to try and persuade them to shoot Vicky Ford's draft report down and vote in favour of the Commission's proposals. This would mean that all of the Commission's senseless restrictions, including those on replicas and deactivated guns, which had been cast aside by Vicky Ford's report, would be back at the top!

Rock Island Auction Company
In the meanwhile, FESAC filed a formal complaint to the European Ombudsman against the Commission 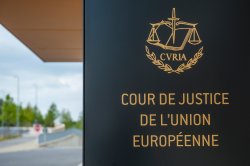 This flood of negative news come just days after FESAC − the Federation for European Societies of Arms Collectors − lodged a formal complaint to the European Ombudsman against the Commission, which repeatedly accused the collectors' community to be a source of firearms for criminals and terrorists.

FESAC's actions are of course not to be pointed at as the cause of this avalanche of bad news; as a matter of fact, more complaints have been lodged by collectors' organisations and individual gun owners in the UK, Belgium, Sweden, Netherlands, Luxembourg and Finland, and more will follow. The case may even end up at the European Court of Justice − an official action that is putting the proposal's credibility on the line and which has the potential to halt the process − and it's adamant that the European Commission is scared by the level of pressure that our Community is exerting, and is desperately trying to react in every conceivable way.

As a matter of fact, our sources hint that some Members of the European Parliament that have so far been vocally opposing the planned EU gun ban would have been summoned by the European Commission. The EC apparently tried (with means unknown) to persuade them that a far-reaching ban on all semi-automatic firearms is necessary, but that − in their infinite magnanimity − they may decide that citizens that own banned firearms may keep them and continue to use them, although new sales and acquisitions would be banned and old ones may not be sold, transfered or grandfathered. 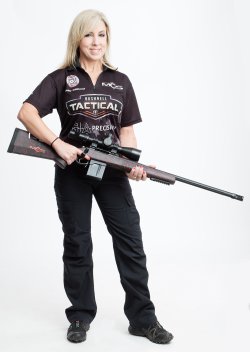 Oleg Volk
It's time to act, every day, and all as one! Modern sporting rifles are no longer the only ones to be in danger!

It's thus more and more clear that anti-gun EU is not willing to back off, nor is it willing to stop at modern sporting firearms: they want all semi-automatic firearms to be banned everywhere, adopting British-style gun control EU-wide in a single move.

So, what to do next? First of all, everybody should answer to FIREARMS UNITED's call to action and make our voice be heard by the Members of the European Parliament: the more letters and E-Mails they'll receive, the clearer it will be for them that siding against the gun owners' community represents a political risk.

It's also paramount to do whatever possible in order to prevent the socialist and democrat group to reach a unitary position before the IMCO meeting scheduled for tomorrow, April 20th, 2016 (which will be broadcasted live here). Should it happen, Vicky Ford's draft report − which is all but perfect, but it's still undeniably a good starting point − could seriously risk to be be shot down.

That's why our entire community should mobilize once again, today, without delay, and all as one: everybody should write in their mother language and in English to all socialist-and-democrat MEPs and to all IMCO members in order to show them that the European people is overwhelmingly against the gun ban. This is the only kind of pressure that can counterbalance, or even outdo, the efforts of the anti-gun front that has so far shown its will to go to any lenghts in order to strip law-abiding European citizens of their rights!

Click here to search for the MEPs elected in your Country

Click here to read and download the FESAC complaint to the European Ombudsman against the European Commission (.PDF)

European Parliament - Audiovisual services for the Media
Will you answer the call en masse, this time, or will you let gun grabbers gain the upper hand in Europe?

Subscribe to the Newsletter
This article is also available in this language:
DEIT
Click here for more information on the topics:
Law4,5 mmAK-47 KalashnikovAR-15Black RiflesHuntingHunting RiflesIPSC / Dynamic shooting sportKalashnikovPersonal DefensePistolsRiflesSemiautomatic riflesShotgunsSport Shooting
That might interest you too: