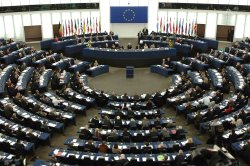 The most recent chapter in the long and painful tale of the proposed EU gun ban came last Tuesday, March 15th, during a hearing of the European Parliament's Committee for Internal Market and Consumer Protection (IMCO) that's currently reviewing the proposed Commission's amendments to the European firearms directive. When specifically asked by IMCO President Vicky Ford, the European Commission's official tasked to support the proposed EU gun ban in front of the European Parliament − Alain Alexis, from the Directorate-General for Internal Market, Industry, Entrepreneurship and SMEs (DG GROWTH) − openly admitted that nobody knows how many Category B7 firearms are currently legally owned by European citizens and how many lie in gun shops and in the depots of manufacturers and distributors; he was thus unable to offer even an approximate figure concerning compensation to owners, industry and market stakeholders. He however stated that the European Parliament should intervene with "transitional measures" to "avoid the compensation issue" altogether. 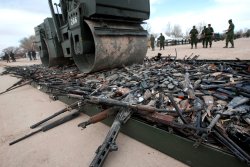 For the first time, the European Commission takes the cat out of the bag and admits what was clear to everybody who'd carefully read their amendment draft for the firearms directive: the plan is for a mass confiscation without compensation, in blatant violation of article 17 of the EU Charter of Fundamental Rights and of the Constitutions of basically all 28 Member States.

The suggestion to the Commission for a confiscation without compensation for modern sporting guns (those semi-automatic civilian-grade firearms that look like military firearms) may have come from the Italian Government − one of the most straightforward supporters of the ban − and was hinted back in January in Dossier #35 of the Italian Senate.

As chilling as Alain Alexis' admissions may be, they may also represent another, if not the last, nail in the coffin of the Commission's proposal − which, as Vicky Ford herself points out, lacks an Impact Assessment, this being the mandatory evaluation of potential social, economic and environmental consequences of all the European Commission's initiatives. It's adamant how the impact assessment was purposefully avoided because it would kill the proposal outright. 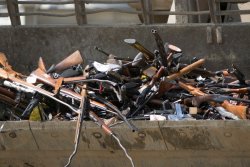 The European Commission and the national Governments that support the EU gun ban in order to be able to enact further restrictions on law-abiding gun owners without taking political responsibility in front of their citizens and voters (the most prominent supporters are the Governments of the UK, France, Belgium, and Italy) are all too aware that, even should those firearms be confiscated without compensation, the simple handling of the procedure − confiscation, storage, transportation and destruction, all to be overseen and documented − would be economically unbearable because of their high costs.

Furthermore, it's left to see if the Member Countries will be capable to face the tsunami of lawsuits, Class Actions, and appeals to the national Constitutional Courts and to the European Court of Justice that would most surely follow the adoption and implementation of the ban proposal.

The IMCO and LIBE commissions of the European Parliament are currently witnessing widespread internal opposition to the ban; the analysis and discussion of the draft and of all related amendments is scheduled to proceed at least until June 2016; the final vote is likely to take place in Autumn. The best, or the worst, is yet to come...