Many important decisions regarding the possible restrictive modifications to the European firearms directive will be taken in the coming two months, with major risks coming from GENVAL, and the FIREARMS UNITED network is issuing a new call to action! On all4shooters.com you’ll find all details about the current status on the EU gun ban.

A contribution from Pierangelo Tendas05/31/2016

Oleg Volk
Important weeks are up ahead: historical decisions will be taken in June and July regarding the proposed EU gun ban

Important days and weeks for the future of our sports, our hobbies and our rights are upcoming at the EU.

Fundamental decisions will be taken in June and July at the European Parliament and within several bodies of the Council of the European Union concerning the proposed restrictive modifications to the European firearms directive.

Although the May 24th JURI meeting on possible subsidiarity violations ended without a vote, the legal affairs committee of the European Parliament (JURI) could indeed cast a vote after the European Parliament's Committee on Internal Market and Consumer Protection (IMCO), which will decide on which amendments should be adopted and which ones should be cast out. After the somewhat unexpected victory at LIBE, IMCO's vote will be the final phase before the plenary vote at the European Parliament, and the IMCO rapporteur for the proposal − British MEP Vicky Ford − recently declared that the LIBE opinion will be a good starting point for the IMCO ruling. 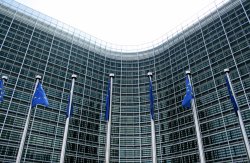 Latest news are that the vote at IMCO, originally scheduled for late June, has been postponed to July. That can be both good and bad for us all.

Good, because it would allow almost all key votes to take place under the supposedly pro-gun Slovakian Presidency − to step in by July 1st.

Bad, because June is also the month when the United Kingdom will vote on whether to stay in the EU or to leave.

Should the UK decide to leave the European Union, the European institutions − including the anti-gun Commission − would be definitely weakened as a whole, but on the other hand rapporteur Vicky Ford could find herself into an unpleasant situation.

Commission President Jean-Claude Juncker already vowed to "make the UK's life a misery" should the Country decide to leave the EU − and that could be done by kicking British figures from their important positions in all branches of the European institutions. Vicky Ford could thus be removed from her position as the rapporteur for the proposal, and replaced with a more anti-gun MEP.

Furthermore, the current Dutch Presidency of the EU − which is overtly supportive of the proposed restrictions, going so far as to act as an extension of the Commission by stating that "Something in the context of semi-automatic firearms must be banned!" − seems to be committed to anticipate any possible move of the Slovakian presidency by pushing GENVAL into agreeing to a "compromise" document that includes a set of restrictions aimed at law-abiding gun owners. 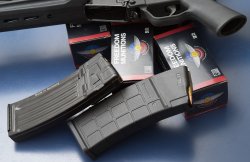 Oleg Volk
We won't even bother telling you what the Dutch Presidency wants to ban: you can easily assume...

A GENVAL draft document leaked by a Swedish magazine, and assumed to be backed by a strong French-German common position, is rumored to be soon to be submitted to GENVAL's vote − and it includes restrictions on firearms, magazines, and much more.

If said document should be adopted by GENVAL, it could hardly influence the work of the European Parliament − which has been in our favour so far. But should said document be also adopted by the plenary of the Council of the European Union, it would mean that the Council would reject any European Parliament's ruling that would be in contradiction with that document; this could cause the process for the adoption (or the rejection) of the proposed EU gun ban to drag along for a very long time.

If the first reading should end up without the European Parliament and the Council of the European Union reaching a common position, the European Commission should try and find a compromise between the two − and being the Commission the most staunch supporter of the proposed gun ban, we all know how it could end up. Failure to reach a compromise with the Commission's mediation would lead to a second reading; at the end of the second reading, another failure to reach a common position would pave the way to a conciliation committee.

The FIREARMS UNITED network recently published an article tha details the legislative procedures of the European Union, which is also illustrated on the Council's website. Even if the proposed EU gun ban lacks solid justifications in its support − it's indeed on such skaky grounds that its supporters often resolve to blatant lies − the EU's legislative procedure is indeed so convoluted that many of its key nodes could be used to set traps against our legitimate right or to force towards a compromise solution which would unlikely be in our favour.

In order to prevent the opposition front from caving in to the Dutch Presidency's and Commission's pressures at GENVAL, the FIREARMS UNITED network issued yet another call to action on a continental scale; an extremely detailed document on what we're up against and on what risks we're facing right now, the new call to action also urges all European gun owners to contact their governments and ask them to reject the Dutch Presidency's document in GENVAL, allowing the current blocking minority to resist and prevent any key decision from being taken before the Slovakian Presidency steps in.

But time is very short and is already running out − a vote may possibly be less than one week ahead − so we urge all our followers to answer the call to action at once, with no further delay! 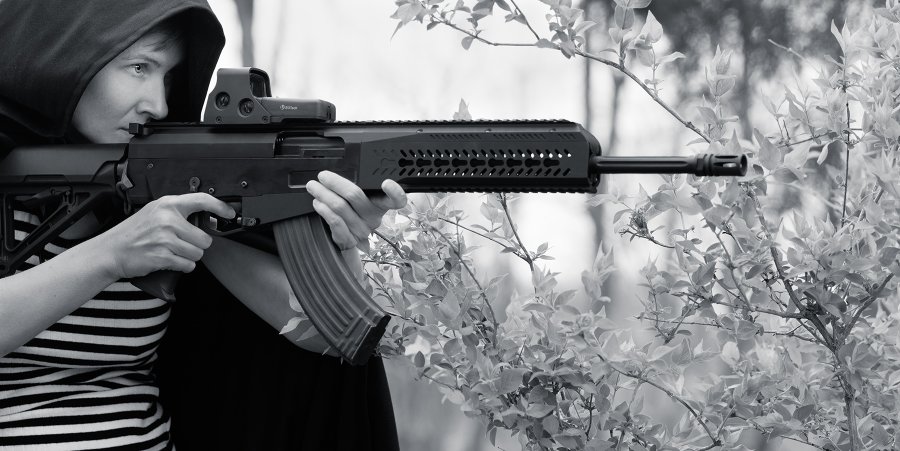 Oleg Volk
Our dedication is needed now more than ever to prevent a disastrous set of restrictions to be taken in serious consideration by the Council of the European Union!