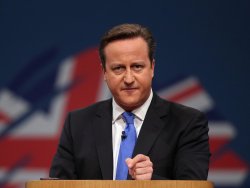 The Independent
At the European Council meeting of December 17th and 18th, British Prime Minister David Cameron will call for an EU-wide ban on "high-power semi-automatic rifles"

Things are not going exactly smooth for the gun grabbers in the European Union: their draft form an amendment to the 91/477/EEC directive on firearms, launched about one month ago after the Paris terror attacks − seeking a total EU-wide ban on B7-category firearms (modern sporting rifles with the look of a modern military firearm) even when deactivated, and mandatory licensing and registration for alarm, blank, and realistic replica guns! − has been met coldly and with hostility last December 7th at the Internal Market and Consumer Protection committee of the European Parliament (IMCO).

Generally speaking, never before had an EU proposal for tighter gun laws met with a harsher level of hostility and resistance: the community has largely come together, supported by the governments of several EU-member Countries, and brought up data that debunk the anti-gun myths used by the European Commission to push their gun control agenda. 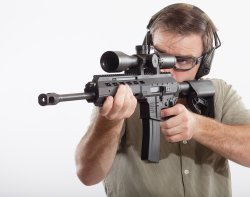 This, unfortunately, doesn't mean that "the powers that be" are willing to give up the fight. On December 17th and 18th, 2015, a European Council meeting has been scheduled to talk, among other things, about the fight against terrorism. At said meeting, British Prime Minister David Cameron − who has already opnely spoken in support of the proposed EU gun ban − is slated to ask the governments of all EU-member Countries to adopt an Europe-wide ban on all "High-power" semi-automatic rifles.

In a nutshell, British PM Cameron will ask all Europe to embrace British-style gun control: the United Kingdom banned the private ownership of all centerfire semi-automatic rifles in 1988, following the Hungerford shooting. The foggy, unclear definition of "High-Power Rifles" from Cameron is a matter of particular concern, as it may easily be meant to include all centerfire rifled-bore autoloading long arms!

Yes, you got it right: this is no more about those "politically in-correct, scary modern rifles that look like machineguns". This is about your Benelli ARGo, your Browning BAR, your Sauer S303, your Saiga, your Winchester SXR... or your Garand, your M1 carbine, your AG/42, your SKS. This is about everything. 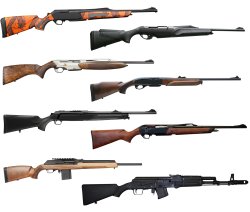 Photo-composition by Pierangelo Tendas for all4shooters.com
A ban on "high-power semi-automatic rifles" would not include "only" military-style modern sporting rifles, bus basically all centerfire rifles and carbines

This alone should be enough to send shivers down the spines of collectors, hunters, and other categories of gun owners who normally don't feel threatened by gun prohibitions and bans.

Of course this is no time to underestimate the threat thinking that "they'll never do it". The definition of "High-Power Rifles" has been purposefully been made so unclear and foggy by Cameron and his cronies to fool the representatives of the EU-member Countries that will meet today and tomorrow at the European Council.

Countries willing to "look cooperative" in the fight against terrorism might endorse the British proposal, thus undertaking a political engagement on behalf of their Countries, except finding out later that they didn't ban 20mm anti-matériel rifles but anything over .22.

Even worse, some Countries such as France who are willing to impose further restrictions but can't openly state it due to a largely pro-gun public opinion may endorse the British proposal and then pull the old "It's Europe asking, we can't do nothing about it!" excuse with their voters. 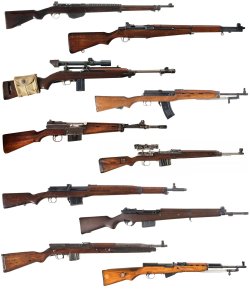 Photo-composition by Pierangelo Tendas for all4shooters.com
The proposal threatens the legal status of standard hunting rifles and vintage military rifles all around Europe

It's hard not to think that this may be a well-played trick on behalf of the European Commission, in the spirit of "Asking 1000 to obtain 100": the gun grabbers at the EC have their back against the wall, as they didn't expect such a fierce resistance against their proposal of restrictions on firearms, so they may have asked anti-gun UK to change the rules of the game, deceiving EU-member Countries into accepting an agreement based on an unclear definition that would weaken the effort against the proposed changes to the EU firearms directive and force the opposing front to reach a compromise that would of course include the acceptance of a ban on modern sporting rifles.

The United Kingdom is currently the most violent Country in Europe, proving mostly beyond any reasonable doubt how its 1988 and 1997 gun bans had no effect whatsoever in preventing crime, terrorism, or even mass shootings. Furthermore, the United Kingdom is scheduled to hold a Referendum in 2016 to decide whether or not leave the EU. The fact alone that the UK is attempting to export its failed gun control model in the same European Union it wants to leave is just unacceptable!

It's paramount that hunters, collectors, and all other categories of gun owners who didn't support much the modern sporting rifle owners so far should join the fight. This battle is not just about modern, military-lookalike rifles anymore: this is about all centerfire autoloaders, including relics, collectors' pieces and hunting rifles!

All gun owners across the European Union should contact directly their Prime Minister and their Minister of Internal Affairs, or have them contacted by raising an alert through their national associations, as well as through European associations such as FACE and FESAC. Let them know what's behind the British proposal, let them know the damage it would make, and let them know we're watching them! Our representants at the European Council should know that we want them to say "NO!" to the adoption of British gun control in Europe! 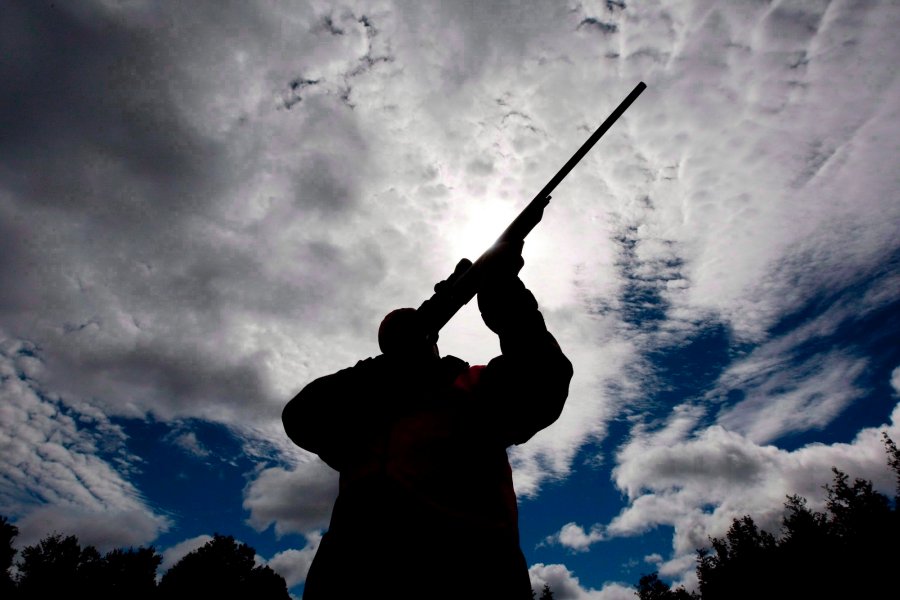 Sean Kilpatrick (www.seankilpatrick.com)
Hunters and collectors, this is a call directed at you! So far you haven't provided enough support to modern sporting rifle shooters! Act NOW or loose your sport and your guns forever!

Subscribe to the Newsletter
This article is also available in this language:
DE
Click here for more information on the topics:
LawAK-47 KalashnikovAR-15Black RiflesHunting RiflesIPSC / Dynamic shooting sportLong range rifles Personal DefenseSemiautomatic riflesSport Shooting
That might interest you too: