Czech Republic vs. EU: “We don’t want to disarm our citizens against terrorism”

The Czech Parliament just passed a constitutional amendment that gives legal gun owners a right to participate in the country's defense.

With an overwhelming 139 to 9 majority, on Wednesday 28 June the lower house of the Czech Parliament passed a constitutional amendment that gives legal gun owners a right to participate in the country's defense, including during terrorist attacks. The amendment had been proposed by a group of lawmakers from several parties and still needs approval from Parliament's upper house (Senate), but there are few doubts it will be ratified.

The meaning of the Czech constitutional amendment

This is the Czech answer to  European Union gun control directive proposed in the wake of the Paris terrorist attacks on November 13, 2015 and passed last March by the European Parliament. 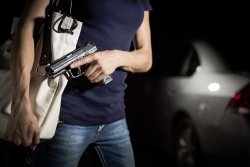 Heckler & Koch, GmbH -- HK USA
Czech citizens will be able to defend themselves with firearms in case of terror attacks.

EU countries accepted the Commission’s proposal to strengthen firearms regulations, after the executive agreed on a number of compromises - it originally wanted a complete ban on semi-automatic weapons.

Two countries rejected the directive: the Czech Republic, which opposed any toughening of the regulations on firearms, and Luxembourg, which wanted stricter laws.

The EU directive bans some kinds of semi-automatic weapons that are popular in the Czech Republic, where 300,000 of its 10.5 million citizens are licensed firearm holders and  800,000 semi-automatic guns and pistols have been publicly registered. Besides banning short semi-automatic firearms with loading devices over 20 rounds and long firearms with loading devices over 10 rounds, the directive also prohibits long firearms that can be folded or concealed in other ways. The EU rules even require registration of converted firearms that only fire blanks under the same category as the original weapons. 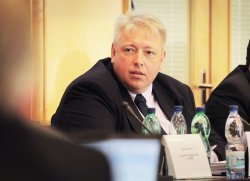 Like many pro-gun associations, shooters and gun collectors, the Czech government always considered this directive too restrictive and useless, if not counterproductive. “Show me a single terrorist attack in Europe perpetrated using a legally-owned weapon,” Interior Minister Milan Chovanec told parliament, adding: “We don’t want to disarm our citizens at a time when the security situation in Europe is getting worse”.

The new constitutional amendment states that citizens have a right to posses and carry firearms for the protection of their lives and property, but it's not a “Czech Second  Amendment” like the the Second Amendment of the United States Constitution, since the right is not absolute and subject to restrictions passed by the legislature.

A spokesperson for the Interior Ministry said: “The possibilities of state bodies to quickly and efficiently prevent casualties and other damage are limited during such attacks”. That's why Czech citizens will receive professional “legal advice” so they know exactly what to do in the event of terrorist attack and how to use their weapons.

Subscribe to the Newsletter
This article is also available in this language:
DE
Click here for more information on the topics:
LawCulturePersonal Defense
That might interest you too: