SIG Sauer Academy – The largest shooting school in the world

We had the unique opportunity to check out the legendary SIG Sauer Academy in action just outside Boston. Started in 1990 by experienced men like Bank Miller, Jim Fry and George Harris, the academy is now one of the largest commercial shooting schools in the USA. Read more below about what we discovered for you there.

SIG Sauer Academy lies on the US Eastern Seaboard, nearly one hour by car outside of Boston. The exact location is Epping, New Hampshire. At the end of April 2018, we (Franco Palamaro, senior editor all4shooters.com and Stefan Perey, editor-in-chief at Caliber) had the opportunity to spend a few days on location. There, we were able to acquaint ourselves with the latest SIG Sauer models under professional instruction from SIG Sauer team, while pursuing numerous opportunities right on-site.

The idea behind SIG Sauer Academy 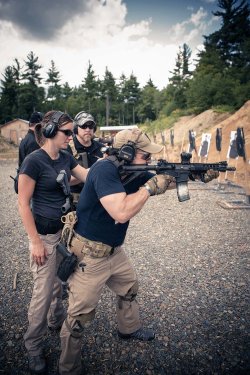 Franco Palamaro
Agony of choice: the Academy offers no less than 110 courses. Those who doesn’t find the right one here have only themselves to blame.

In the beginning, the express goal of the first academy director, Bank Miller (who had been chief firearms instructor of the DEA – Drug Enforcement Administration – for 12 years) was to offer military and police staff first-class training in shooting. For this purpose, SIG Sauer Academy (at that time SIG Arms Academy) was established as an institution, which with respect to buildings and grounds, was similar to the shooting range complex of the FBI, presenting ideal conditions for a realistic shooting training.

Up until the turn of the millennium, the courses of the SIG Sauer Academy were exclusively offered to professionals employed by the authorities. It first opened to civilians in the year 2000 and the present author participated, as early as in 2002, in a conceal carry pistol course led by Bank Miller.

Complete training program: up to 10,000 students each year 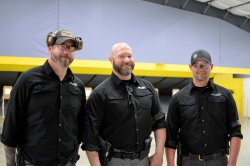 Today, 35 full-time instructors along with countless part-time trainers annually train up to 10,000 students.

That means that, together with the staff at the superbly equipped SIG Sauer shop which opened in 2006, there is a crew of 105 people at peak times. Nearly all instructors have a military/police background.

This was the case for the vice president of the academy, Steve “Mato” Matulewicz, a former Navy SEAL. 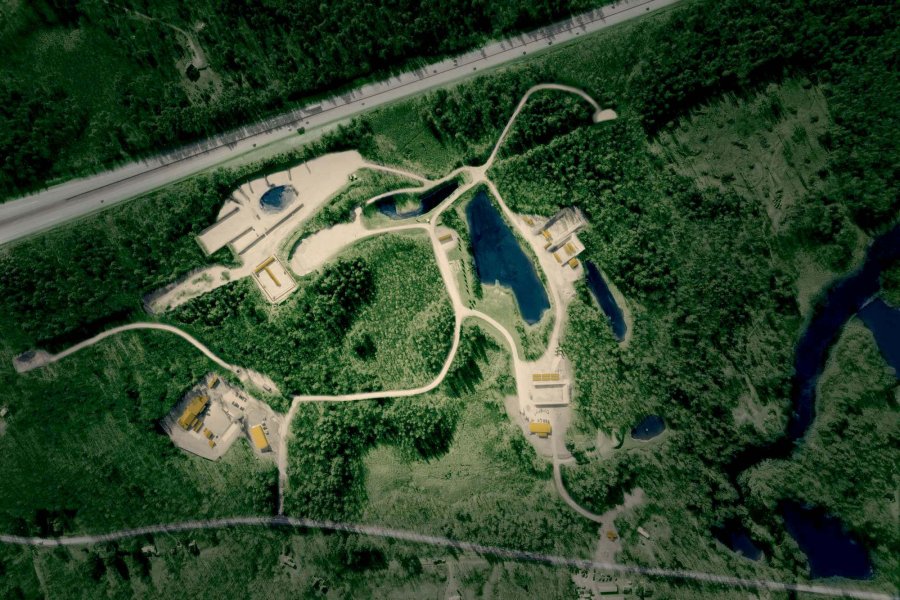 Franco Palamaro
Paradise: the SIG Sauer Academy covers some 57 hectares and has an incredible amount of various shooting stands to offer and is sure to excite every shooter.

Stretching across an area of 57 hectares (!), the enormous shooting facility has everything to offer and excite experienced shooters. The SIG Sauer Academy currently offers an unbelievable total of 110 different shooting courses. The seminar program of the SIG Sauer Academy is divided into the following six main areas: 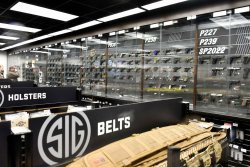 Franco Palamaro
On breaks you can go shopping in the SIG Pro Shop located on-grounds. 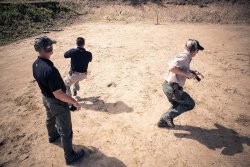 Franco Palamaro
The SIG Sauer Academy on the US Eastern seaboard is the largest shooting school in North America. 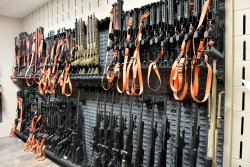 Franco Palamaro
The firearms chamber with SIG Sauer rental weapons for the course is optimally equipped. But you can participate in the course with any firearm make. SIG Sauer firearms are not required.

Besides the two supremely equipped room shooting ranges, in the outdoor area there are rifle shooting ranges with maximum distances of up to 1,000 yards (914 meters), a 360-degree shooting stand, a ‘live fire’ house with ballistic walls and wrap-around catwalk where teams can train tactics for sharp shooting, an area with shipping containers for demanding force-on-force scenario training with color-marking ammunition, as well as Area 51 with nine shooting stands from 25 to 100 yards. To boot, there are additional shooting stands and classrooms, where in every nook and cranny you come across steel targets, scrapped cars and barricades in order to make training as efficient and practical as possible.

At about 250 USD per day and participant, the courses are surely worth every single cent. Truly a paradise for seasoned connoisseurs!

Here you will find a complete image gallery of our visit to SIG Sauer USA.

Here is an overview of all the information we acquired during our visit to SIG Sauer USA:

Subscribe to the Newsletter
This article is also available in this language:
DEIT
Click here for more information on the topics:
SIG SauerCulturePistolsTechnics
That might interest you too: