The International Olympic Committee (IOC) has announced sweeping changes to the Olympic shooting disciplines. Intended to introduce greater gender equality, the changes will apply from the 2020 Games in Tokyo.

The IOC (International Olympic Committee) announced the sports program for the 2020 Olympic Games in Tokyo on June 9, 2017. They contain sweeping changes. Not only have new sports been included, there will also be a shakeup in the individual disciplines themselves. IOC President Thomas Bach announced at a press conference that the 2020 Olympic Games in Tokyo will be “more youthful, urban, and involve larger numbers of women.”

First and foremost, the Olympic Committee is looking to ensure greater gender equality in the individual competitions by introducing these changes. And they also affect the various shooting disciplines.

The ISSF proposed the changes as the governing body within sports shooting.

The International Shooting Sport Federation (ISSF) is the official association and therefore the governing body for Olympic shooting disciplines. The ISSF unites over 160 national associations. The latest regulations for sports shooting have already been announced – as reported by the all4shooters.com Team just recently. These new competition rules are mandatory for all sports shooting events from January 1, 2017 to 2020 that are organized under the ISSF brand. Naturally, this means they also apply to the 2020 Olympic Games in Tokyo.

The ISSF announced its proposed changes for greater gender equality in Olympic shooting disciplines in November 2016. The back story: IOC and the international associations are working to raise the quota of female athletes at the Olympic Games to 50 percent. 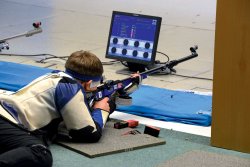 2020 Olympic Games in Tokyo: men and women will compete against each other in the same shooting disciplines.

As things stand, the Olympic shooting disciplines comprise nine events for men and six for women. So sweeping changes are necessary in order to ensure gender equality.

The first decision related to preserving the parity of the various disciplines in the 15 Olympic shooting competitions: five rifle, five pistol and five shotgun disciplines. These areas are currently divided into three competitions for men and two for female shooters.

“Mixed gender team events” will be introduced in this context. They will consists of one female and one male athlete competing for the same nation.

The ISSF Committee decided that the best way of ensuring gender equality would be to convert one men’s shooting event into a mixed gender team event – in each of the three disciplines. The committee explored a variety of proposals for mixed teams, always with an eye on which measures would best promote the development of sports shooting worldwide. One thing is clear: the overarching goal is always to ensure that sports shooting remains an integral part of the Olympic program.

Changes in sports shooting at Tokyo 2020: the affected disciplines 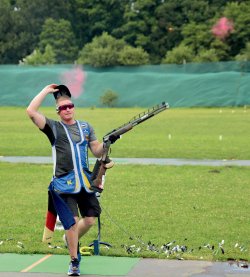 Double trap will be removed from the list of Olympic sports disciplines.

Based on the ISSF proposals, the IOC will remove and replace the following shooting competitions:

The following shooting disciplines will be the same for women and men at the 2020 Olympic Games in Tokyo:

The following shooting disciplines will be the same for women and men at the 2020 Olympic Games in Tokyo:

Naturally, the ISSF welcomed the decision by the IOC Executive Board to revise the Olympic shooting disciplines. The ultimate goal is to achieve gender equality and to make the sport more attractive and popular to an international audience. ISSF President Vázquez Raña is confident that sports shooting will remain an international crowd puller at the Olympic Games, even with a reduced number of contestants.

The IOC has published the official Olympic shooting program for Tokyo 2020. Shooters, members and fans better get ready for big changes at the 2020 Tokyo Games. The sights are set clearly on equality. We believe it is a shame that three disciplines have been struck from the list. All the same, the three new mixed gender team events might certainly catch the eye.

Visit the IOC website for more information about the changes in the Olympic shooting disciplines.

Check out the ISSF video on the 2016 Olympic Games in Rio:

Subscribe to the Newsletter
This article is also available in this language:
DEIT
Click here for more information on the topics:
CultureSport Shooting
That might interest you too: