Results of the IPSC Handgun World Shoot 2017 in France

The 18th IPSC Handgun World Championship took place from 28th August to 3rd September 2017. Here you will find the top 5 ranks of all divisions and the overall results of the IPSC World Shoot XVIII.

More than 1,500 shooters from 67 countries competed from 28th August to Sunday 3 September at the great new shooting range in Chateauroux (France) for the coveted IPSC World Champion title. The competition was based on 30 stages divided into 5 areas, with each area named after and themed upon each of the 5 continents: Africa, Asia, America, Australia and Europe.

Also, many top brands were on site to offer support to their shooters and spectators. Among them, SIG Sauer, Walther, GLOCK, CZ, Tanfoglio, Pardini, Heckler & Koch, as well as representatives of GECO Ammunition, who provided the ammunition for the match.

We were onsite reporting day by day the IPSC Handgun World Championship exclusively in four languages. On all4shooters.com, Facebook and a with a number of videos from all stages on YouTube. Our special thanks go to Marijan Loch (Team SIG Sauer) and Harald Graeff (Team Walther) who made this professional reporting possible. Here you can read the individual days in an exciting report.

All participants to the IPSC World Shoot XVIII are grouped in divisions: Classic, Open, Production, Standard and Revolver. If you want to know more about the Handgun Divisions of IPSC: overview of the shooting disciplines.

Results of the Classic Division 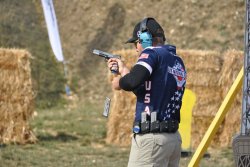 Marijan Loch
The US shooter Elias Frangoulis had a head start in the Classic Division of the IPSC World Championship 2017.

In the Classic Division of the IPSC World Cup 2017, US and Philippine shooters dominated. US-shooter Elias Frangoulis took the lead from Filipino Jeufro Lejano on the 4th day of the match and won the World Championship title.

Results of the Standard Division 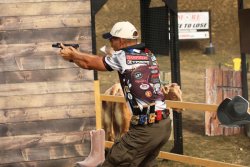 Harald Gräff
The exceptional French shooter Eric Grauffel won the world championship title in the standard division at the IPSC World Shoot 2017 in his own country.

Results of the Open Division 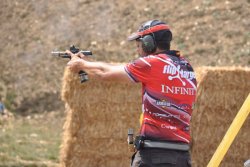 Marijan Loch
The Spanish Jorge Ballesteros was able to prevail in the Open Division of the IPSC World Shoot 2017.

In the Open Division of the World Shoot XVIII the current European Champion Jorge Ballesteros from Spain took the lead. Closely followed by US shooter Simon Racaza, who became vice-world champion for the third time in a row, Ballesteros won the first place. The 3rd place in the Open Division was taken by Frenchman Emile Obriot. On Saturday, the top shooters had to shoot area 3 of the World Shoot XVIII, which turned out to be the most difficult match area.

Results of the Production Division 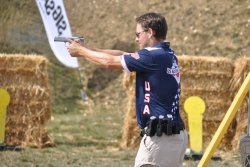 US shooter Ben Stoeger showed a consistently dominant performance in the Production Division. He was the leader of the World Championship in his class right from the start and did not give up this lead on any day. Nevertheless, it remained exciting until the end, because the competition was incredibly close. Pavel Torgashov from Russia was not even half a point away! Even the third place with Spanish Eduardo de Cobos Abreu is only 21 points apart.

The performance of Russian shooter Maria Gushchina was outstanding: she took an incredible 6th place in the overall rank of the Production Division. She won the Wolrd Championship title in the women’s ranking. Just as a note: the second lady was ranked 116th!

Results of the Revolver Division 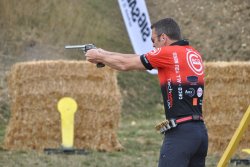 US-revolver-shooter Micheal Poggie won the title and is  the new world champion.

Here you will find the top 5 results and rankings of the individual divisions of IPSC Handgun World Cup 2017 in France and the points scored.

You find more information about the results on the official website of IPSC World Shoot XVIII.

You want to learn more about the dynamic shooting-sport IPSC? Here you can find an overview.

Subscribe to the Newsletter
This article is also available in this language:
DEIT
Click here for more information on the topics:
IPSC / Dynamic shooting sportEventsGeneric NewsSport Shooting
That might interest you too: 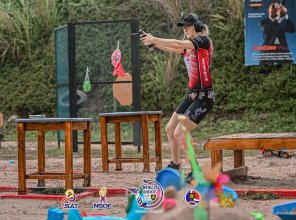 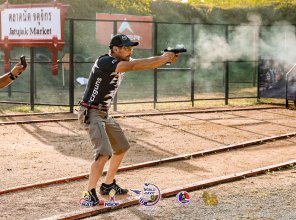 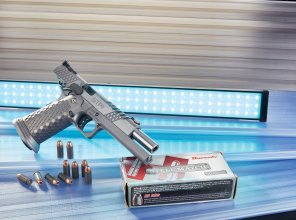 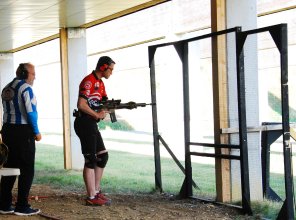 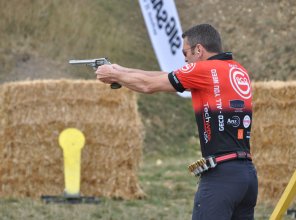 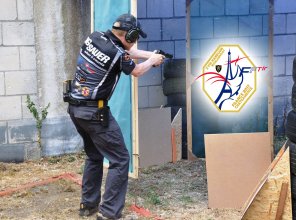 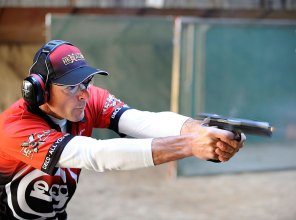 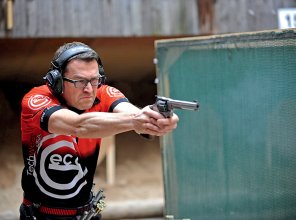