For much of the blockbuster “Jurassic World”, viewers were treated to the sight of male lead Chris Pratt galumphing through the scenery clutching a beautiful and shiny lever-action rifle. But which model was he using? The Internet Movie Firearms Database – a superbly structured database listing all weapons that feature in well-known films – helps us find out. We were thrilled, but have a look for yourself...

Here’s the answer: Owen Grady, played by Chris Pratt, is seen using a .45-70 Government-edition Marlin 1895SBL lever-action rifle to hunt dinosaurs. You’ll have to watch the movie to find out whether he succeeded. But we are happy to let you in on how we found out. We simply visited the Internet Movie Firearms Database at www.imfdb.org 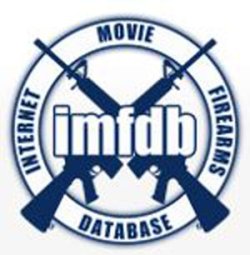 The Internet Movie Firearms Database immediately welcomes us with a familiar Wikipedia-like interface.

Users browse through its entries in a similar way.

You can conduct film-based searches, which give you an overview of all weapons used in the film, sorted according to weapon types. You also receive information on the weapons themselves, and can scroll through images showing the individual weapons as they are seen in the film.

You can also search for weapons. For instance, if we enter the search term “Heckler & Koch MP5”, the site provides us with information on the calibre, design details and various models. It also lists all films, series, computer games and anime episodes in which the Heckler & Koch MP5 appears. For instance, Paul Walker used it in 2001’s The Fast and the Furious, and Angelina Jolie and Brad Pitt waged their own war of the roses with Heckler & Koch MP5s in the 2005 feature film Mr. & Mrs. Smith.

Naturally, the site also has a search option for actors. For instance, entering “Angelina Jolie” reveals that besides the Heckler & Koch MP5A2 she used in Mr. & Mrs. Smith, she was also seen clutching, among others, the Beretta 92FS that featured in Salt.

All entries in the IMFDB are perfectly cross-referenced, which makes it great fun to click back and forth between the pages to see who used which weapon in what film.

Visit www.imfdb.org and see for yourself. We’re sure you’ll enjoy the experience! 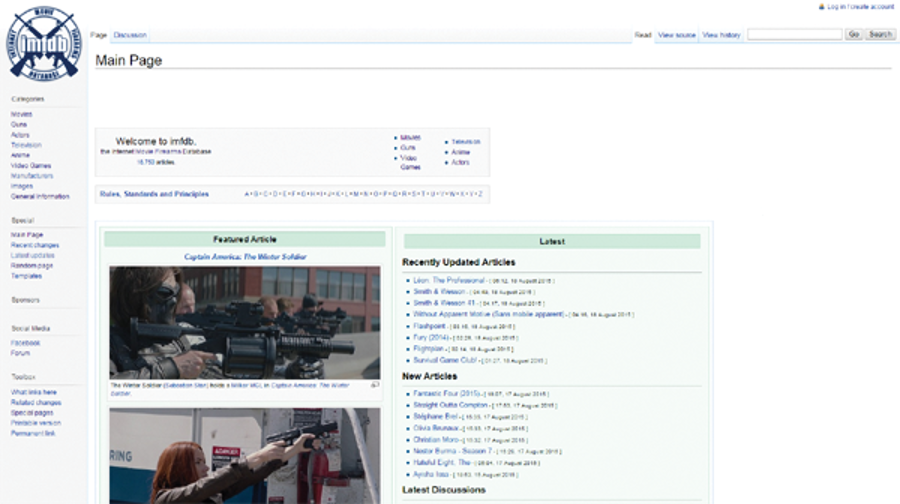 The Internet Movie Firearms Database homepage has a Wikipedia-esque feel: www.imfdb.org
Subscribe to the Newsletter
This article is also available in this language:
DEIT