How the Kalashnikov Group is attempting to bypass sanctions

The Kalashnikov Group is currently seeking to sell additional shares to one of its two directors, the Russian billionaire Andrey Bokarev

The deal appears prompted by massive losses suffered by the corporate group., Despite having doubled production at the start of the year (all4shooters.com reported), additional investments will be necessary. But this would only make sense as long as sanctions do not get in the way. However, Russia has been hit hard by international embargoes in response to its Ukrainian policies.

The news agency REUTERS commented on the development, noting that this planned sale was driven primarily by the aspect of securing export markets in Europe and the United States.

The details laid out in a press release by ROSTEC

Andrey Bokarev will take over 74.9 per cent of the shares in IMZ (Izhevsky Mekhanichesky Zavod) currently owned by ROSTEC. The purchase price will be used to ‘modernise production’. ROSTEC will hold on to the blocking minority. The deal requires authorisation and is set to take place in two stages: 51 per cent of the shares will be sold to the private investors in the first quarter of 2015, the rest following slightly later. The shares – claims ROSTEC – will go to a company owned by Andrey Bokarev. The company states that the sales price will be set based on an independent valuation. 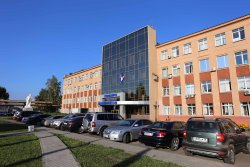 The KALASHNIKOV Group from Izhevsk in Russia produced 31,000 weapons in the first quarter of 2014

The US magazine FORBES estimates Andrey Bokarev’s assets at around US$1.4 billion. Among others, he is one of the owners of Transmash Holding, Russia’s largest manufacturer of locomotives, railway and engine technology (Kamaz). The ROSTEC Group holds an approximately 50 per cent share of the Russian market for small arms, producing a wide range of hunting and sports weapons, rifles, pistols and also airsoft models for civilian purposes. The company claims to export roughly 25 per cent of its products. The main export markets are Germany, Cyprus and the United States.

But IMZ is not making a profit at the moment. 2013 revenues totalled 3 billion roubles (USD 76 million), while losses came in at 182 million roubles (USD 4.6 million). This is why the company urgently needs a fresh injection of capital, technical refurbishment and above all better access to the export markets. This new development strategy – the talk is of investments in the region of 4 billion roubles – is intended to modernise the core areas of the Kalashnikov Group and to restore its viability as a going concern.

Although left out of the official communiqué, this will quite naturally affect the military AK-47 as well.

100 million units: the AK-47 is among the world’s most produced weapons

As famous as it is infamous, the AK-47 at 7.62×39 mm by the Russian weapons engineer Michael Timofeyevich Kalashnikov (10 November 1919 to 23 December 2013) is the Eastern sibling of the Western M16 assault rifle at 5.56×45 mm (NATO) by Eugene Stoner. Currently it is one of the iconic images associated with the terrorist group ISIS in countries such as Iraq and Syria.

The Russian assault rifle with its unmistakable silhouette and its estimated production volumes of 100 million units is among the world’s most frequently manufactured weapons.

Today this extremely reliable, easy to handle gas-operated weapon with its long stroke piston system and rotary bolt head is produced by companies such as Izhevsky Mekhanichesky Zavod (IMZ), known in the West more frequently as Izhmash, which has operated under the name “Kalashnikov Concern” since August 2013.

The company also produces extremely civilised, classically-style hunting and sports weapons under the brand name Baikal. Founded in 2007, the state holding comprising almost 700 companies and 900,000 employees focuses on the development, manufacture and export of military products, among others (www.rostec.ru).

So what would be the most elegant way to bypass sanctions imposed on Russia by the global community?

Effectively, this is what it boils down to. At the moment, the international grapevine is buzzing in response to the information ROSTEC itself has released, detailing that state AK-47 production will also be sold to the Russian oligarch Andrey Bokarev, effectively rubber-stamping its privatisation. The purpose and primary objective of this switch in ownership is to bypass economic embargoes imposed on Russia by the global community in response to the ongoing Ukraine conflict.

A new, private owner could possibly help bypass current sanctions and therefore permit a resumption in exports of weapons to Europe and the United States

For instance, the Department of Treasury in the United States has imposed a ban on the import of Russian weapons. The latest information indicates that the billionaire Bokarev is set to acquire 74.9 percent of the IMZ/Kalashnikov Concern, and ROSTEC just recently presented a new development strategy (see above) detailing investments of several billion roubles for the modernisation of the AK-47 production. It will be interesting to see how things develop!

Subscribe to the Newsletter
This article is also available in this language:
DEIT
Click here for more information on the topics:
Generic News
That might interest you too: