H&K AG August 29, 2017 -  The supervisory board of H&K AG revoked the appointment of Mr. Norbert Scheuch as Chairman of the Executive Board and Chief Executive Officer

In a very terse statement contained in a press release published on the HK’s website this 29th August, the supervisory board of H&K AG, the parent company of the Heckler & Koch Group, announced a radical change in the German manufacturer’s top leadership, revoking the appointment of Mr. Norbert Scheuch as Chairman of the Executive Board and Chief Executive Officer of H&K AG.

Obviously, the appointment of Mr. Norbert Scheuch as Executive Director of Heckler & Koch GmbH was also revoked with immediate effect. In the press release, the supervisory board specifies that: “The already initiated strategic realignment of the Group, the operational transformation process and the product innovation initiative will be continued unchanged.”

This decision marks a declining financial situation of the German Arms Manufacturer over the last few years and some legal troubles over military materiel, such as the XM-25 25mm airburst grenade launcher and the HK G36 assault rifle platform.

Until the appointment of a successor in the near future, Mr. Wolfgang Hesse, the sole executive board member of H&K AG and the sole executive director of Heckler & Koch GmbH, will take over Mr. Scheuch's duties, in close cooperation with the supervisory board.

Franco Palamaro
Heckler & Koch is a leading manufacturer of hand-held firearms for all armed forces. Here is one of the latest versions of the MP5 submachine gun. 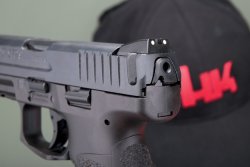 Michael Schippers
Heckler & Koch wants to further expand the civilian market in the US and Europe. Here is the SFP9 pistol.

Difficult question we would say. First off, we must see whether HK will win the German Bundeswehr tender for its new assault rifle.  That’s currently totally open, but HK seems to have a good chance.

Currently HK is working on their brand new factory in the US state of Georgia. The plan is to manufacture “Made in USA” sport pistols. The first products should leave the factory by the end of 2018. From the German headquarter we currently hear some rumors about new products for the civilian markets, like a new line-up of sport pistols or a new hunting rifle.

What does it mean: The strategic realignment will be continued unchanged?

This does sound a bit confusing to us. Why is HK firing the boss while continuing the same strategy? A couple of weeks ago Mr. Scheuch was talking about a “well going business”, a big success with the French Army and a big chance for another deal with the French Police. This sounded pretty good. But due to well informed insiders we could hear some rumors with “products at the ramp, but not ready to market” and some others about quality issues. We would think that not everything at HK is as perfect as the CEO reported to the press.

Anyway: We do not have any insights which role the Co-Owner of HK, Mr. Andreas Heeschen, had in firing the CEO. We can only report that he owns shares for more than 10.7 Million Euros and that he might not have been happy with his former CEO.

Let’s wait and see who will be the new CEO of HK and when the decision will be made. We could imagine that time will show us what will the “strategic direction” of HK be in the next years. We’ll keep you informed. 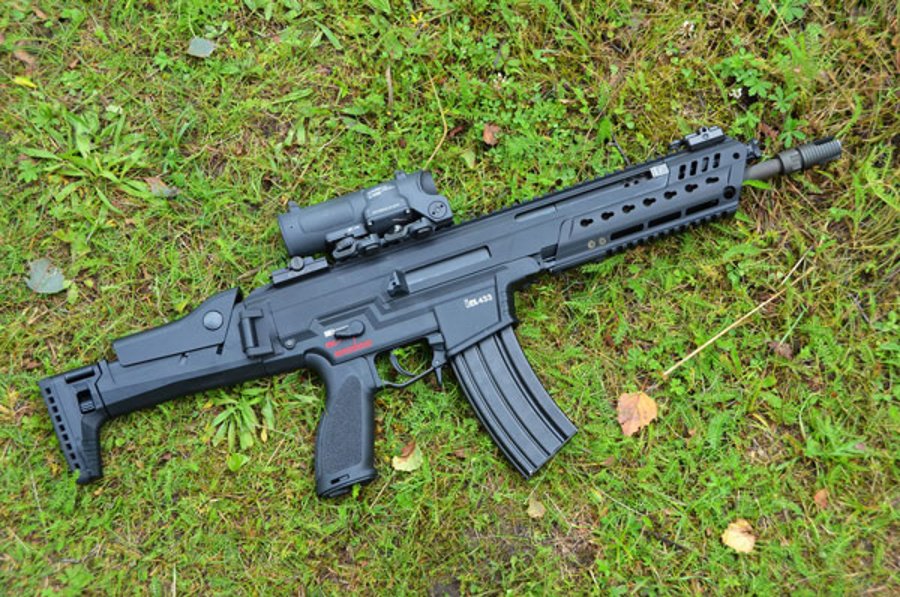 Tino Schmidt
The HK 433 could go as a successor to the G36 of the Bundeswehr, Germany's Armed Forces.

The Heckler & Koch Group, in operation for more than 65 years, is a leading manufacturer of small arms with a premium quality product portfolio for the armed forces of the EU, of NATO countries and of NATO-equivalent countries. The Heckler & Koch Group designs, produces and distributes small arms, including rifles, side arms, sub-machine guns, machine guns and grenade launchers.

You can find more information about Heckler & Koch products directly on the website of HK.

Subscribe to the Newsletter
This article is also available in this language:
DEIT
Click here for more information on the topics:
Heckler & Koch (HK)CultureGeneric News
That might interest you too: