Who of us did not think, at least once, to use our prized rifles, shotguns or handguns to do some “plinking”?  Yes, that peculiar recreational shooting activity with zero pretense of competition that essentially is to shoot, instead of paper targets, tin cans (hence plinking = the sound of tin cans getting hit), bottles, clay targets and generally anything that breaks and that our imagination suggests - and that the range owner allows.

In recent times, at least in Europe, this extremely fun shooting activity has honestly faded, due to increasingly strict gun laws and shooting range rules (in the latter case, also due to pollution concerns). However, this activity never fails to capture the imagination of shooting enthusiasts, especially the younger ones. So, we wanted to introduce a group of young shooters to the healthy, fun and highly satisfying sport of… shoot the watermelon!

In the absolute safety of an established shooting range, respecting the law and with a selection of charismatic and iconic firearms plus a large supply of ammunition, we engaged in a session of watermeloning… pardon, ‘plinking’, just for the sheer fun of it!

Shooting is fun… go out and try it!

The firearms used are:

Steyr-Mannlicher AUG A2, chambered in .223 Remington;

Subscribe to the Newsletter
This article is also available in this language:
DERUIT
Click here for more information on the topics:
Sport ShootingBenelli FirearmsFranchiGECOGlockM4RWS ammunitionSteyr Mannlicher
That might interest you too: 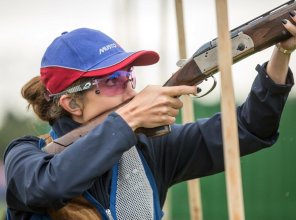 Hannah Gibson, 25, based in Sussex (England), is the British Open Sportrap 2017 Ladies champion, and CPSA Sportrap 2017 Ladies High gun. Growing up, she regularly went swimming and played badminton but when she was inspired by Charlotte Kerwood’s gold medal at the Commonwealth Games, she asked her Dad to take her shooting at their local ground, Northall Clay Pigeon Club, and got "hooked”. 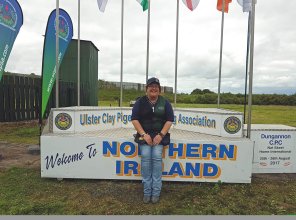 Lisa Harrison, 38, took up shooting two years ago, and now shoots National Skeet for the Northern Ireland Team and shot her first Home International. Her involvement with shooting continues to grow and most of her free time is devoted to running events, networking, and shooting. Lisa has recently joined a rifle and pistol club, and has plans afoot to encourage more women and juniors into … 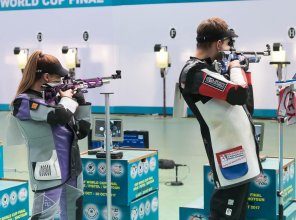 Now it is official: the International Shooting Sport Federation (ISSF) has confirmed the changes in the international regulations for shooting sports. The rule changes mainly affect the Olympic disciplines until the Games 2020 in Tokyo. We tell you which changes will be included in the rules from January 1, 2018. 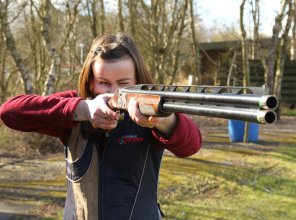 Carrie Smith loves her shooting and her gundogs. She is sponsored by Krieghoff and travels the UK to shoot clay competitions. In 2017, she won the Ladies British Open DTL Championship, Home International High Gun, Scottish Open DTL Ladies High Gun, silver at the British Open Single Barrel, bronze at the English Open Single Barrel. She is the Captain of the Scottish Ladies Clay shooting team. 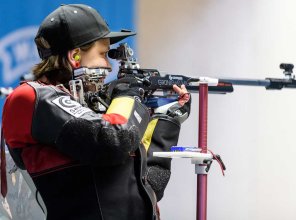 In the summer of 2017 the Olympic Committee (IOC) was startled with the idea of ​​removing shooting from the Olympic Games. At a meeting of the IOC came the relief - at least until 2024. Here you can read the full story. 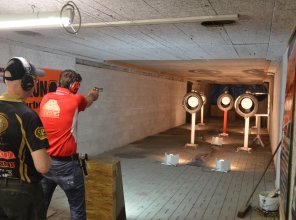 The European Steel Challenge 2017 took place in the Dutch city of Winterswijk from 26th to 28th May. In addition to the summer temperatures, the action in the fast shooting on the white steel plates ensured for sweaty hands. We took part! Find out the results of the exciting matches and what you missed.

An open letter from FITAV (Italian Clay Shooting Federation) President Luciano Rossi containing a proposal to harmonize the shooting events adopting the same competition rules in order to give female and male athletes the right to compete under the same sports conditions. 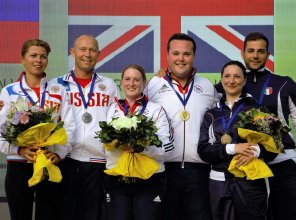 Dear friends, today I would like to discuss with you one of the main questions for me and my comrades-in- arms: what is the fate of double trap? To be or not to be?!